Nobody on Tyneside knew really what to expect when Bald Eagle Jim Smith paid good money to bring Mick Quinn from Portsmouth to Newcastle United in 1989.

Mick had a good goalscoring pedigree, albeit in the lower leagues, before establishing himself as a cult-hero at Pompey.

With his thick moustache and bulky frame, Mick had an uncanny resemblance to the TV comedian and puppeteer of the time – Bob Carolgees.

However, there was nothing ungainly or laughable when Mick Quinn made his introduction at St James Park on the first day of the 1989/90 season.

Second Division favourites Leeds United were on the end of a 5-2 defeat that day and Mick Quinn went and bagged four. This home debut should go down on par with the likes of Keegan’s, Macdonald’s and Shackleton’s.

Quinn was an instant hit and went on to score 39 goals (all competitions) in his first season as he became the Football League’s highest scorer (34 goals) that season.

His partner up front was the clever and skilful veteran Mark McGhee, who had also been bought by Jim Smith and was into his second spell at Newcastle. 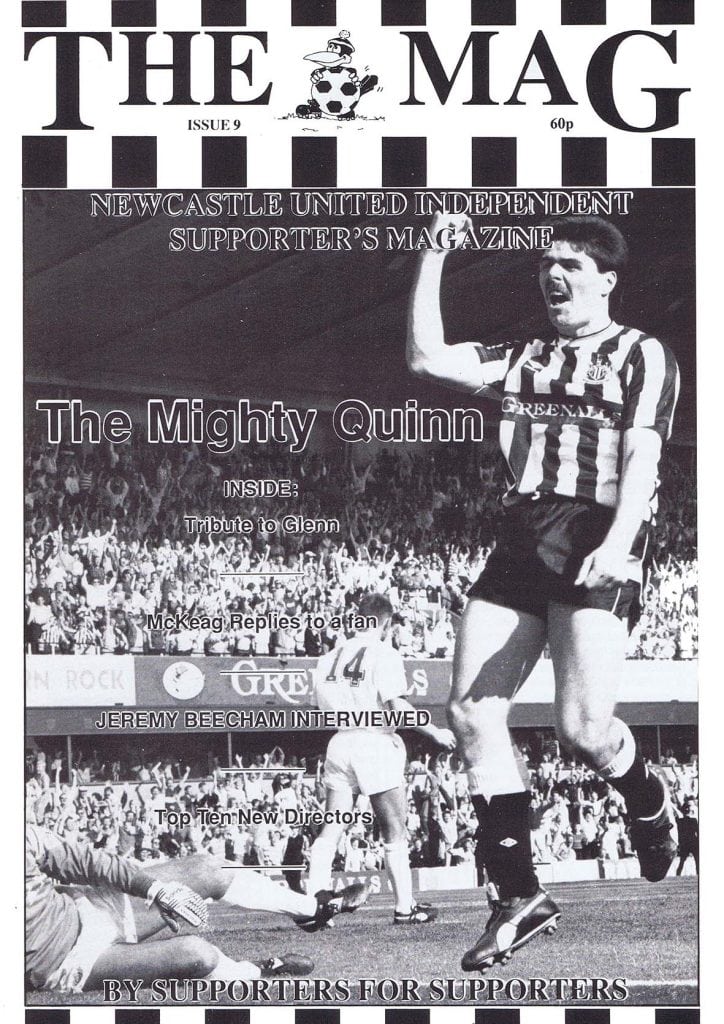 Mick Quinn went on to score 57 league goals in 110 games for Newcastle, before moving to Coventry City in 1992 for his second tilt at the top flight after one season there earlier in his career with Portsmouth. He scored ten goals in his first six games and 17 in total the Premier League that season…not bad for a fat lad that was in his thirties.

His autobiography is called “Who ate all the pies” after a chant by football fans, and there was also the chant “He’s fat, he’s round…. he’s worth a million pounds.”

Mick Quinn just took everything in his stride though and has became a popular and knowledgeable football pundit, with a sharp sense of humour. One of his funniest and ironic quotes is: “I might not have been the fastest out on the pitch…..but I was quicker than anyone over one yard.”

He also loves Newcastle United and the Geordies, as much as he loves his racehorses, which is saying something.

That feeling is entirely mutual Mick.