Some brilliant analysis from Sky Sports on the massive problems that still exist at Newcastle United.

New owners are now installed, the fans have bought up every single ticket for Sunday’s match, as well as indeed the Chelsea home game that follows in another two weeks time.

However, on the pitch there are clearly major problems that still need sorting out.

For all the talk of what transfers could be possible now that ambitious wealthy owners are in place, the fact remains that at least another 14 Premier League NUFC games will have gone by, before any chance of new additions on the pitch.

The 21st Premier League game of the season currently scheduled for 1 January 2022, then hopefully after that we will see quality added to this Newcastle United squad.

Newcastle United of course have zero wins in their first eight games this season and are second bottom of the Premier League with only three points from a possible twenty one, as well as having exited the League Cup.

Other longer worrying stats are that in the last thirty seven matches (all competitions), only seven wins.

Whilst a table published earlier this week showed how many points each of the 17 Premier League clubs (who were in the top tier last season as well as this one) had accumulated in the past 365 days.

Meanwhile here are some of the key Newcastle United problems / issues that Sky Sports have identified:

‘Only Southampton have conceded more Premier League goals than Newcastle since Steve Bruce’s appointment in July 2019. They have also faced the most shots per game of any Premier League side.’

That problem only getting ever worse under Steve Bruce, no other club conceding more than Newcastle’s 16 conceded in seven this season, so far.

When Sky Sports then look at a range of defensive stats where Newcastle United rank etc: 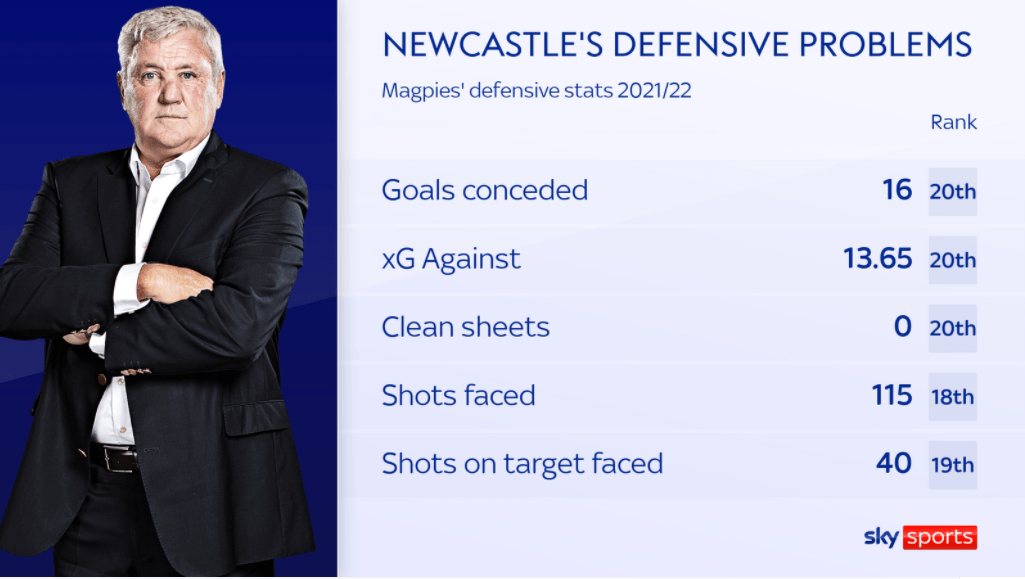 Absolutely shocking when you look at what has happened under Bruce above!

As I said above, things certainly aren’t improving under this Head Coach, they are getting worse.

In the last ten months (Since mid-December) Newcastle have conceded 62 goals in 34 league games, the most conceded by any Premier League side. 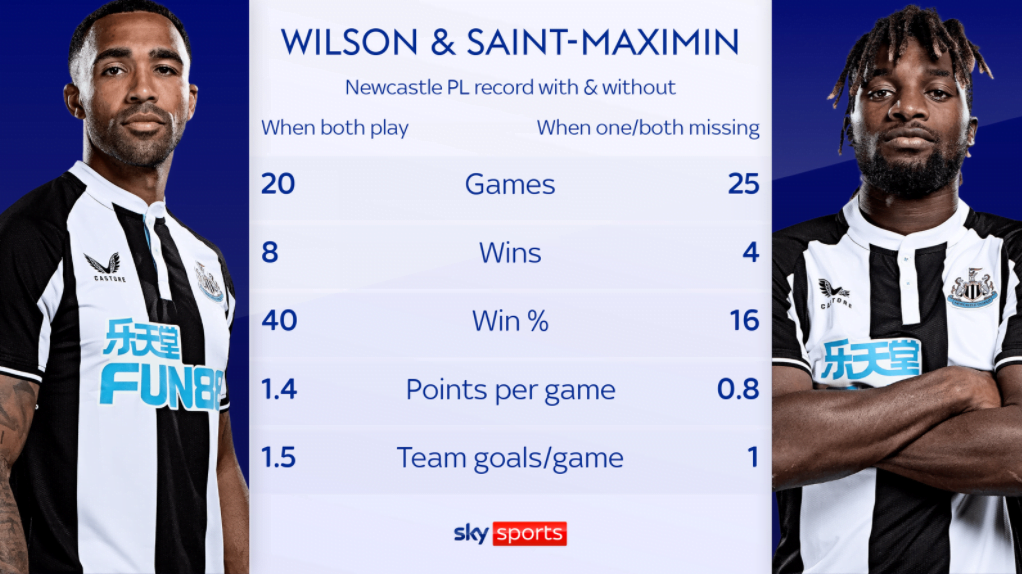 Whilst without Allan Saint-Maximin, Newcastle have not won any of the last 12 games the Frenchman has missed in all competitions. 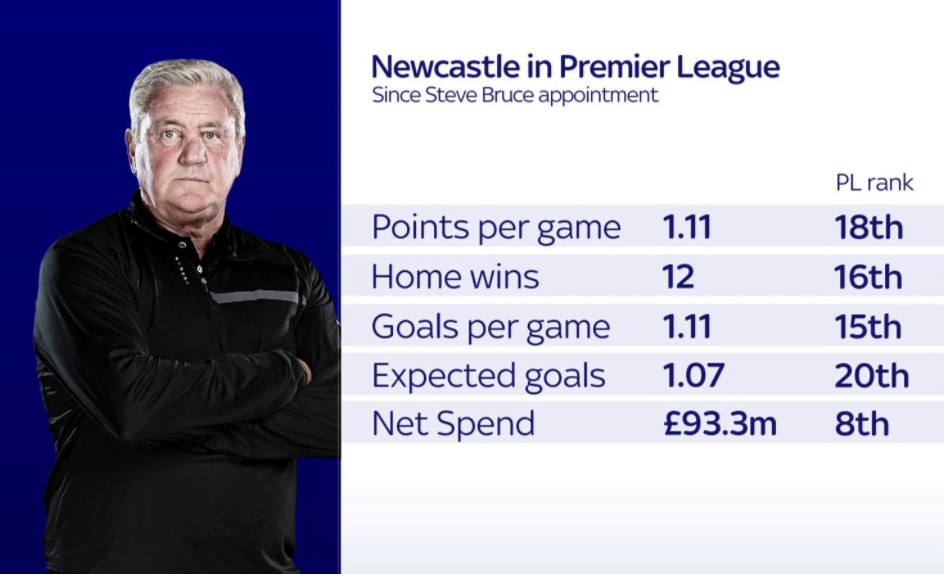 ‘The Magpies have won only three of their last 16 PL home games and a worrying statistic is that St James’ Park has not seen back-to-back PL home wins since December 2019. They’ve also kept just two clean sheets in their last 26 PL home games.’

Then looking even further back and what has happened under this owner compared to what came before. 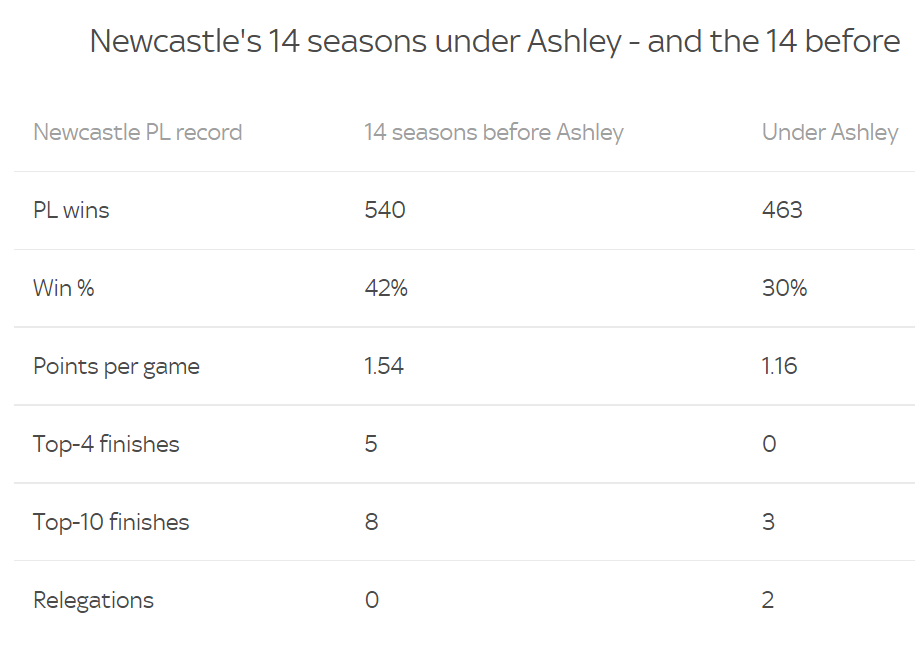 What a relief to see the back of Mike Ashley!

A massive rebuilding job now lies ahead, starting Sunday on the pitch as first things first, this current mess under Steve Bruce must be addressed, hopefully without him still here…