Sometimes it doesn’t pay to look too far ahead where Newcastle United and the Premier League are concerned.

Having just looked ahead to this weekend, I am already regretting looking even that far into the future!

Fair to say that things may well be set to get even worse, before we will see anything to lift the spirits.

Whilst the battling point was very welcome at Selhurst Park, particularly when if anybody deserved the three points, it was the home side.

Graeme Jones though deserving credit for putting a stop to the rot and getting a first point of the month on the board, also the first point gained since the NUFC change of ownership.

However, with Steve Bruce having burnt through a very generous set of opening fixtures that could and should have produced a fair few more points, the new Newcastle United owners and interim manager Graeme Jones are left with a major challenge in the short-term.

Whilst we all hope a new permanent appointment as manager is imminent, with then the January transfer window hopefully also bringing some relief and help to climb away from relegation trouble, as a first relative step forward under these ambitious owners.

This weekend though looks troublesome…

How the Premier League table currently looks ahead of Newcastle v Chelsea and the rest of the weekend’s PL games: 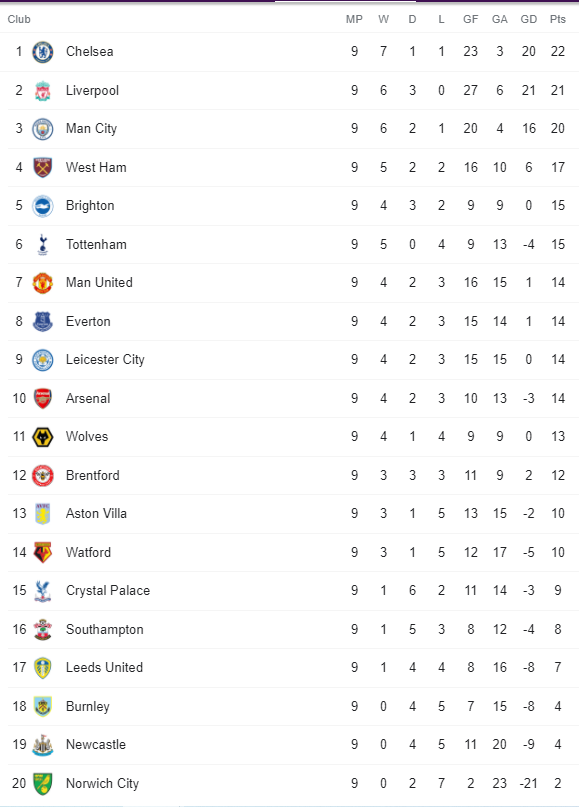 Then this graphic from BBC Sport shows this weekend’s schedule of matches including Newcastle v Chelsea: 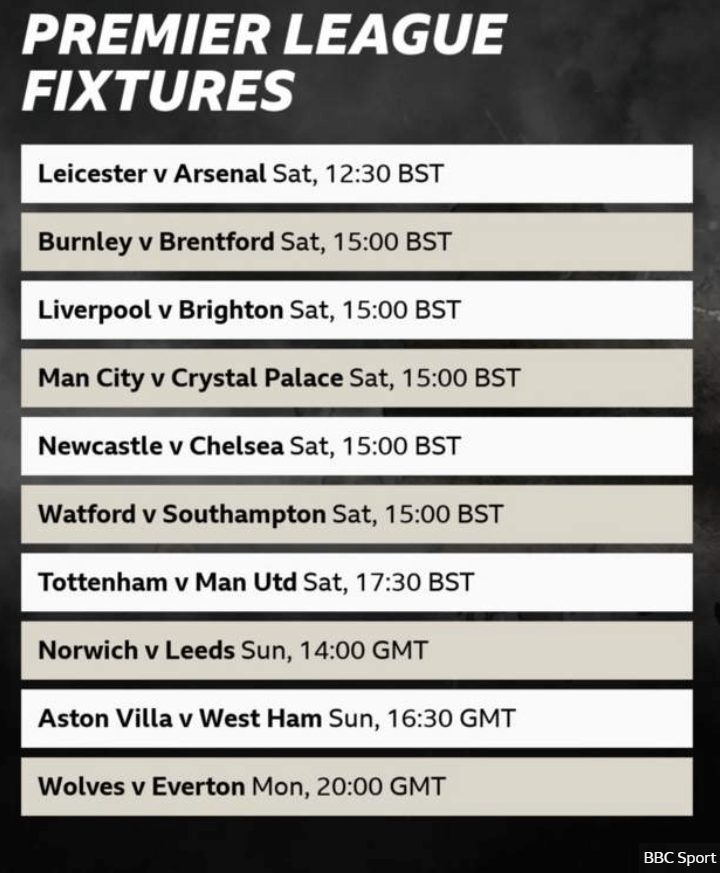 As you can see, we have:

I’m not writing it off and hopefully we give it a good shot but everything points to defeat as very likely in Saturday for Newcastle United, Chelsea are top of the table having scored 23 goals and conceding only three, whilst only dropping points to Liverpool and Man City.

Assuming Newcastle get nothing, the fact is that other clubs at the bottom end, some of them anyway, have to get something.

It would only then take Leeds winning at rock bottom Norwich and Southampton avoiding defeat at Watford, for Newcastle to be five points off safety, when a new manager is likely appointed following this weekend’s games. A win for Norwich would of course see a potential new NUFC manager taking over with his team bottom of the league. What choices!

A Burnley win would add an extra layer of grim to how the Premier League table would look after these fixtures.

As things stand, I personally think Norwich are definitely going down, whilst Watford, Leeds and Burnley are the next three I think in terms of looking likely to be in relegation trouble.

So whilst it would maybe look more painful in the short-term, I think Norwich winning is the best result in that game despite it meaning NUFC going rock bottom if losing to Chelsea. I certainly don’t want to see Watford and Burnley winning, whilst I would take that Canaries win rather than Leeds getting even a point.

Time to buckle in and take the likely knocks that lie ahead in the short-term, ironically, even if Newcastle beat Chelsea they would still remain in the relegation zone assuming Leeds got even a point at Norwich, or very likely the same if Burnley beat Brentford.

This is going to be a long haul I feel.

‘Absolutely no chance of Newcastle United being relegated…’

‘Keep the faith and never give up’

Manchester United sold out in 24 hours – Burnley not sold out with 24 hours to go – Sort it out!