Newcastle United letters to The Mag – Life after takeover, Relegation…

Plenty to talk about when it comes to Newcastle United, as always.

The opinions continue to flow into The Mag, as fans debate the various issues affecting our club…

Still not a single win after the opening ten games of the season, no permanent manager announced, but a Newcastle United takeover and new owners finally in place.

Contributions are sometimes too brief to make up into a full article and so we have gathered up a number of recent comments sent in, relating to issues at Newcastle United (if you would like to send anything in, long or short, then [email protected] is the place):

Finding it very strange how every other football club and their supporters are suddenly interested in Newcastle.

Where before we were nothing in their day to day lives.

Get on with supporting your own club and keep your thoughts of jealousy to yourselves.

Most of us have worked with nice people who don’t make it as managers or supervisors. It happens!

Bruce promised much and delivered very little, much the same as his boss Ashley.

Sky pundits, southern based newspapers and other ex pros, didn’t have to sit through the garbage game by game, making the same mistakes week by week.

There were no real signs of team improvement.

The Newcastle fan base have been amazing, turning up week after week just to watch a relegation battle.

In some ways they have been the victims of their own loyalty.

I have been critical of Man City and their attempts to buy success.

My preference would have been to have a well intentioned owner prepared to spend his/her own money. Leicester being a great example.

Social media has provided players, managers, pundits and, supporters the opportunity to express their views globally so why do those loyal toon supporters have to keep their views to themselves.

The world of professional football is a sewer of greed, corruption disloyalty and distrust.

Off the pitch, there are 19 other clubs in the premier league working to relegate Newcastle this season.

This is understandable for relegation rivals, but they have little power to make much difference alone.

A toxic few can, and will, make sacrifices to try and achieve this. For the balance, it’s appeasement, or become a target themselves.

Unless a contracted premier league player transferring to Newcastle is considered a liability to staying up, purchase negotiations with any of the 19 will probably be protracted and futile.

Any non-premier league players considering Newcastle, are going to be unsettled by approaches from others, and not always with good intentions. The same goes for out of contract PL players.

If relegation does happen, there is going to be a big push to reduce premier league size to keep Newcastle in the championship as long as possible.

If Newcastle entertain, play to win, and treat the fans with respect, it will still be a long haul, but it will work out.

So Ashley has gone with £305million and god knows what in other sources of legally advised loopholed income over 14 years, and Bruce has gone with his best wishes to all and his media mates fawning over him oh and £8m .

The fans are left with hope and belief and the renewal of a bit of passion.

The squad for the most part appears to have three players who get it (I don’t have to name them, just watch the Tottenham performance)

We are left with a squad, the majority of whom were and are quite happy to see out contracts as no other team will buy them or pay them anything like their current salaries.

What we do have now is money, I know it’s not the answer to all problems but it may help motivate this mercenary set of freeloaders until January.

Give the new manager the authority to put in a bonus scheme to incentivise this mercenary bunch to give more than 45 mins effort per game and five days training per week to achieve 18 points by end of December.

Then buy in some hope, belief and passion.

Newcastle should do a January clear out for those that are not up to standard.

Great research by you and you’ve put every fan’s feelings into print.

Don’t know why we were so poor though because every week he told his pals in the press that the players have been brilliant in training!

The last 14 years have been cr.p for us geordies but the last two have been disastrous!!

Steve Bruce, lay off him.

He hasn’t been responsible for the poor defence and goalkeeping mistakes we have seen this season.

Not pointing the finger but the players responsible know who they are.

After last season, Covid, injuries etc, Steve and his staff did amazing to keep us up.

All the negativity and hate promoted by the local media has been shameful recently to say the least.

This is now a new era, a time of great optimism, just back the team, and get Saint James Park rocking again and show some dignity.

If the whole city that confesses to live and breath football sticks together, success in the future will surely come.

Just like to stick my oar in on the subject of Steve Bruce.

The pressure the man must have been under must have been incredible…a terrible start to the season for sure but quite frankly with the means at his disposal would anyone else have done a better job??

Me, for one I would like to thank Steve for what he has done for our club and wish him the best of luck for his future in football and life.

Great to see St.James Park packed again, only hope that seat prices and shirt sales don’t rise too much due to us being the richest club now.

I have just one simple thing to say about the defeat of Newcastle today (Sunday at 17.41pm, score 1-3 to Spurs) to the “new” Manager (when he is appointed_.

You will always learn more from a defeat than you will from a win.

For example, if Newcastle had won by 3-0 there’s some of those players would have probably have been retained.

Now that they have been beaten, the incoming manager has a clean brush to sweep away most of the no hopers on the team, a fresh Start.

Hope I don’t have to eat my words.

At last Ashley is gone. Fact!

Now the rumours have started, if all true, in January we will have a brand new squad of fifty players, seven managers and three directors of football.

What does that tell you? It’s all speculation.

We need to be patient as it took Man City almost 10 years, as the the new Angel of the North said “It will take time.”

We just need to enjoy the ride, as Kevin Keegan once said “we are like a snowball rolling down a hill, we are going to get bigger, as we gather momentum.”

What I love, I really really love, is all the other premier league clubs now complaining that the takeover should not have happened, bah humbug.

The best thing of all about the whole wonderful thing is that we are once again UNITED and not untied…. Fact! 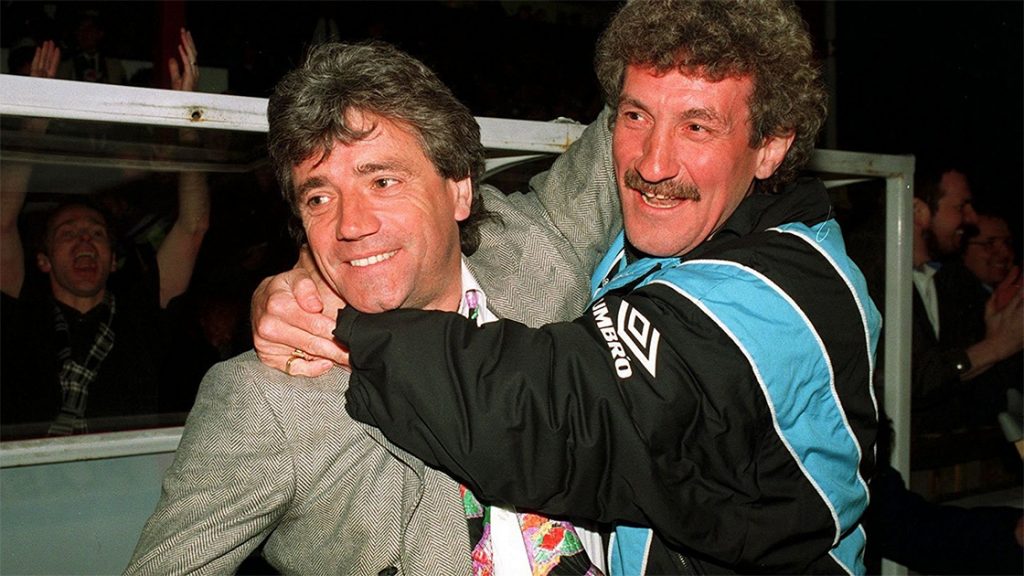 To be honest I thought the takeover would never happen.

Let’s hear from the so called expert pundits who were in their element gloating that it wouldn’t happen.

We are now the richest football club in the WORLD.

Now the supporters most be patient, give the new regime time to do their thing. Its a dream come true at last.