Kevin Keegan was back in Newcastle last night. Well, Cramlington to be precise, but let’s not quibble.

The great man was appearing as part of the opening of the new Venue restaurant at Manor Walks in an appearance that would be a coup under any circumstances, let alone in the current environment.

Correct me if I’m wrong, but since the recent takeover I haven’t heard a peep from King Kev, and the subject was inevitably going to come up as he did a Q and A for the relatively intimate audience of around 120.

I know what you’re all here for, so let’s not mess around.

Kevin Keegan was of course asked if he had been in contact with the new owners and revealed that he’d had “a telephone call with a couple of members of the consortium” but didn’t reveal the extent of the call. 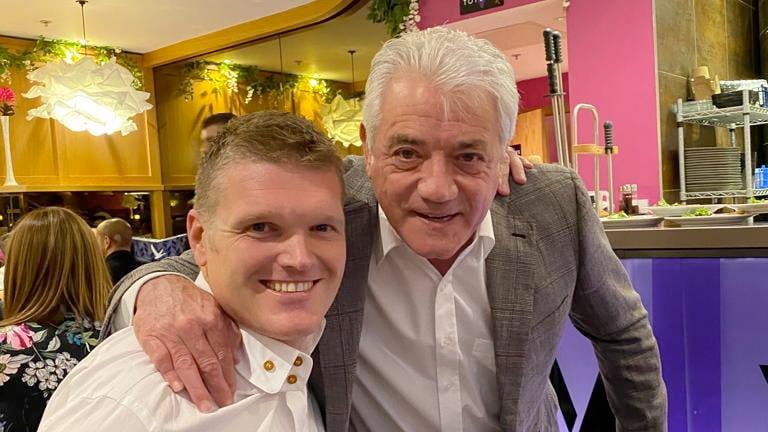 After the Q and A he stayed around for photos and signing and I put my best journalistic hat on and went in to press him on the matter, asking him if they were to offer him a role at the club of his choosing, what capacity would he see himself returning in? His reply was as follows:

“I would ask them what role they think I can do?

“I’m past the days of running about coaching players and it’s not my style to sit in a lounge having drinks with corporate guests.

I replied that no one could sell the club to people like Kevin Keegan (the story had come out earlier of him telling Rob Lee Newcastle was closer to London than Middlesbrough) and the club was always closer to realising its potential with him involved.

He seemed to think the game had passed him by, as he reiterated an earlier answer that he doesn’t really have a knowledge of players around the world any more. I seem to remember though, that people said similar things when Sir John Hall got him off a golf course in Spain back to Tyneside in 1992.

So, if anyone out there has contact with Amanda Staveley (which plenty people seem to, judging by the amount of “insider knowledge” I’ve seen on the identity of the new manager from the likes of Keith’s dad, Bobby’s mate from work and every second dafty with a Twitter account) this is what she needs to do. Reverse the roles and sell Newcastle to Kevin Keegan. I don’t believe anyone reading this will dispute that the man is one of the most important figures in NUFC history, so involving him in some capacity can only lead to good things.

Kevin Keegan was of course modest when pushed on his legacy at the club (“statues are for when you’re dead!”) but everyone present got an active reminder of just how engaging the great man can be as he held the room with tales from his life and career. Personally, I would be looking more at a stand than a statue. 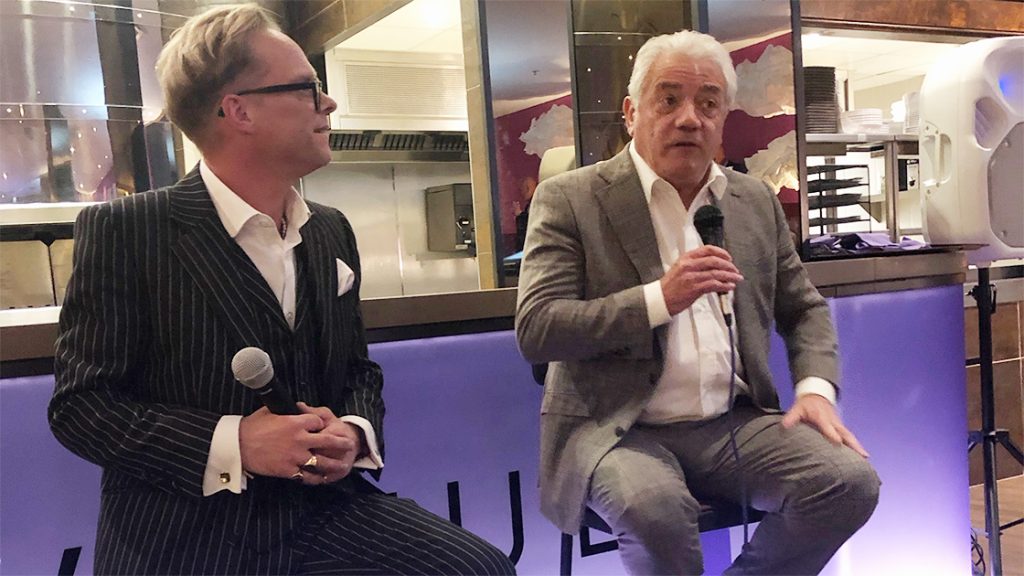 When Mike Ashley came up, Keegan reiterated past comments that he never had any issue with the man himself, it was the people brought in that created the issue, with Arthur Cox needing to explain to Tony Jimenez that you need a work permit to bring players from South America. He described feeling totally alone when managing Newcastle the second time (“all I had was the players”) but swelled with trademark enthusiasm when comparing the sorry mess of the past to the potential for the future:

“That’s what the owners will bring, they’ll bring a trust in.

“That’s the thing that’s been broken over 14 years.

“You will accept tickets going up if you know those people are spending the money in the right places.

“You’ll buy those shirts in the shop for Christmas for your sons and grandkids.

“That’s the thing they have got to build back and I think they will.

“It’s onwards and upwards now and the fact it’s for Newcastle United is the biggest thing of all because no one deserves it more.”

Seriously, just give him the job.

Kevin Keegan contrasted the Ashley reign with the support given by the board in his first run as manager, with plenty of praise for Freddie Shepherd, Douglas Hall and Freddie Fletcher (meeting Jack Walker head on when he demanded the full £15 million for Shearer up front was brilliant), before going into detail about how it all went wrong. The flotation of the club resulted in some nameless face from London coming up and dissolving the sporting club, which Kevin Keegan found to be shocking treatment of everyone at the ice hockey club and the Falcons.

Things then spiralled to the point where the suit gave him an ultimatum to sign the as yet uninked 10-year contract, or leave. Kevin Keegan called the man’s bluff and walked, the next year we came 13th. And they wonder why we get suspicious about dodgy chancers from the capital… 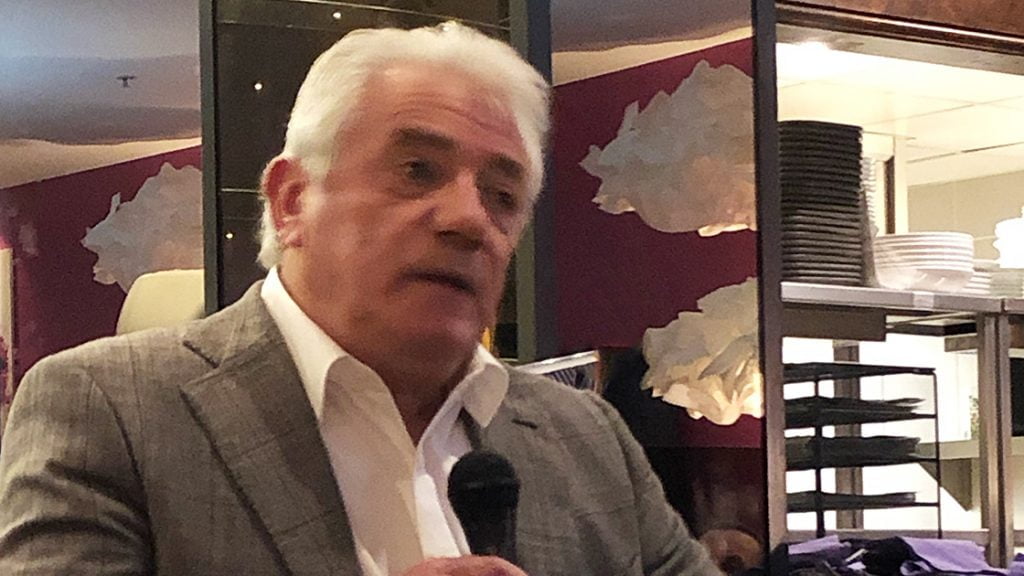 It was heartening to hear Kevin Keegan unwittingly debunk the myth you might see doing the rounds about players not wanting to come to Newcastle, as he talked about calls from agents with players eager to join the Entertainers express: “Players wanted to come. That’s the secret, once you turn a club round it’s like a juggernaut.”

As always, the man operated with the height of class, refusing to knock Steve Bruce and comparing the job he had on with his own second reign under Ashley. There were laughs (I was buckled at the tale of school kids on swear watch at the training ground) and tales from his brilliant career. It speaks volumes that even the well worn stories (Tino turns up in a fur coat, has a couple of drinks then finishes off Middlesbrough) are still gripping. Like I say, the man can hold a room.

When the Q and A was over, everyone got their chance to have pictures and signings but this wasn’t your typical sign and move on. Kevin made time for a lengthy chat with everyone, showing genuine interest in what they had to say as he kept going until after 1am before leaving with a smile and a wave (“Have you lot not got homes to go to?”)

I’ve been to a few talk-ins with Kevin Keegan, but this one stands out. The objective of Neil, who runs the Venue and set the evening up, was to give everyone a chance to really enjoy Kevin’s company without long periods spent on raffles in an enormous cavernous room, and this delivered big time.

However, I think there was another reason I enjoyed this that bit more.

Previous meetings have been bittersweet, as tales from the club’s greatest era of my life contrasted sharply with its moribund existence as Sports Direct FC. This time the place was buzzing with optimism that these reminders of the past were also future echoes of great times ahead.

For anyone who doesn’t remember the Keegan era, I will say this. He is always quick to give credit to the board and his players for the success of the 90s, but in my opinion, everything we are now would not have happened without Kevin Keegan. No Premier League gravy train, no imposing 50k seater stadium and absolutely no world’s wealthiest football club.

This is the house that Kev built and I earnestly hope he’s invited back through the front door at the earliest opportunity.

There’s only one Kevin Keegan.

(ED: Many thanks to Neil Cox and everybody else at Venue Cramlington (you can find them on Twitter here and Facebook here) for putting on such a brilliant, sold out but intimate, night with Kevin Keegan. In particular, our thanks to Neil for inviting our Jamie along so he could meet the great man and pop the question. A brilliant night and a real exclusive for Jamie and ourselves with nobody from the ‘proper’ media in attendance. Here’s hoping that as Jamie says, it is only a matter of time before the new owners engage properly with Kevin Keegan and bring him home!)

The truth about these £100m Newcastle United signings in January