You have to give credit to Danny Mills.

No honestly, you do.

Amongst the legions of ex-players giving ‘expert’ an analysis about something he knows nothing about (Newcastle United), he really does stand out from the rest.

There are many classics in the past from Danny Mills but below are just a few of them.

Danny Mills warning Newcastle fans ‘to be careful what you wish for’ when wanting Mike Ashley to sell the club, claiming NUFC supporters could end up with an even worse owner and has Ashley really been that bad etc etc.

Another classic was to question ‘Do Newcastle fans wish they had treated Alan Pardew better?’ after he had gone to Palace.

Whilst when Mike Ashley and Steve Bruce between them had managed to produce St James Park crowds with as many as 10,000 empty seats, Mills thought it was a ‘masterstroke’ for the owner to give away 10,000 free season tickets to fill the gaps. Not for one moment wondering how the tens of thousands of paying season ticket holders would feel, or indeed if it was such a ‘masterstroke’, why didn’t every other football club, indeed any business, simply give away everything for free that they hadn’t been able to sell?

Then only 13 days ago, Danny Mills declaring his ‘respect’ for Steve Bruce, because yet again fans called for him to go at Friday’s Leeds match and yet again the NUFC Head Coach saying the only way he will go is if he is sacked. The crucial difference being that resign and he walks away with nothing, gets the sack and Steve Bruce walks with a pay-off, widely reported to be around the £4m mark. Indeed, numerous times in his career, Steve Bruce has forced his way out of a club in order to take a job elsewhere.

Now Danny Mills is at it again this weekend, putting us right about Newcastle United, as Steve Bruce has NUFC second bottom of the table heading into the international break. No wins in eight games, already out of the League Cup as well as relegation favourites with Norwich now.

Danny Mills has also regularly questioned ‘Who is going to do a better job?’ if Bruce left St James Park, making out that this is a justifiable reason in favour of keeping this chancer AND now declaring it is ‘almost an impossible job at Newcastle United’ at this present time.

There will be no lasting great future at Newcastle United whilst Mike Ashley is still here BUT that does not then equate to it automatically ending up in this kind of shocking mess under Steve Bruce.

Especially considering how some £160m has been spent on the mid-table squad he inherited from Rafa Benitez, an amount massively in excess of what any other previous NUFC manager / head coach has seen spent during their stay. That amount including a net spend so far of around £125m during Bruce’s reign, compared to Rafa Benitez having zero net spend in his three years and three months at Newcastle United.

Despite no support from Mike Ashley, the reality is that even with no net spend, never mind the £125m net spend Steve Bruce has enjoyed, Rafa Benitez WAS improving Newcastle United and disproving that it was impossible for things to get better at NUFC, especially then if what he was achieving with no net spend, was then backed up with these funds of the past 27 months.

This is the Premier League form of the final 28 matches of the 2018/19 season, Rafa’s last 28 games at Newcastle United (tables via transfermarkt): 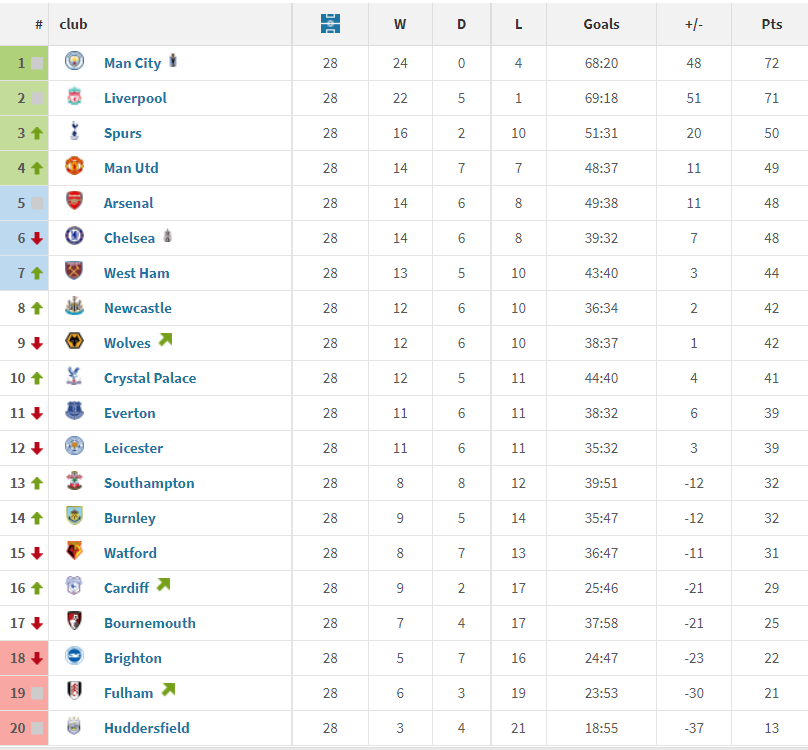 This is the Premier League form of the final 16 matches of the 2018/19 season, Rafa’s last 28 games at Newcastle United: 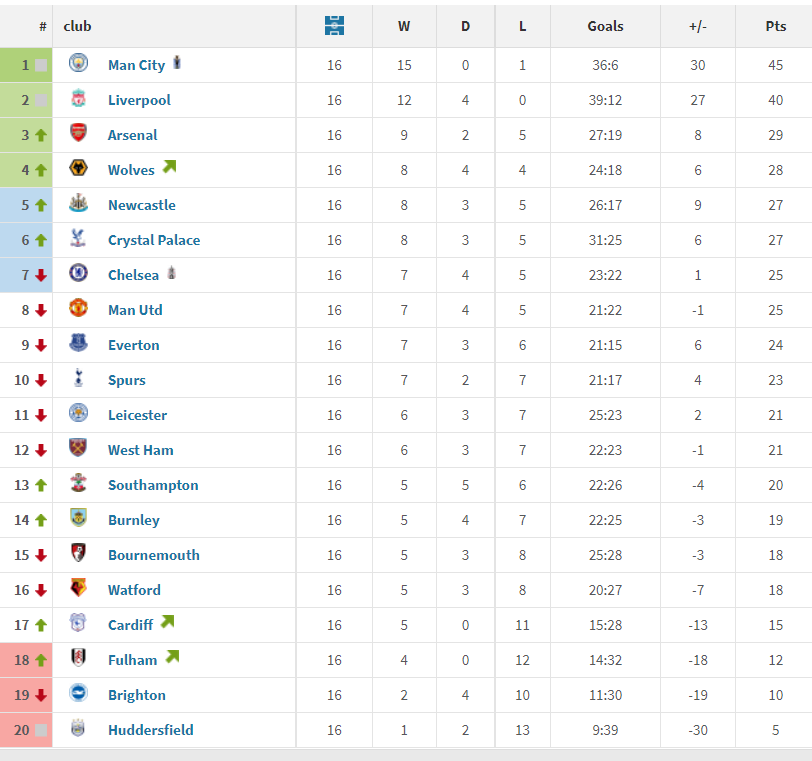 Despite zero net spend in his three years, Rafa Benitez had turned Newcastle United around, rebuilding the squad to get instant promotion back to the Premier League, then stabilising in the top tier, then in these final 28 and 16 game periods, showing ever greater improvement.

The eighth best PL form in his final 28 games, then Rafa with the help of Miguel Amiron arriving even had Newcastle United with the fifth best form in his final 16 matches AND fifth highest number of goals in those 16 PL matches.

How have we ended up from that clearly significantly improving position to this absolute shambles?

You would need to ask Mike Ashley and Steve Bruce that..

Meanwhile, a certain Rafa Benitez, who spent less than £2m this summer on players (£23m less than Steve Bruce), currently has Everton joint second in the Premier League on 14 points, only two points off the top.

“It [questions asked about future of Steve Bruce at Newcastle] was always going to be on the cards simply because of the pressure that he’s under, it really is tough for him.

“You think if he were to walk away would you be that surprised?

“Probably not, is the answer.

“You just have to wait and see what he decides to do but for sure, if were to walk away you wouldn’t be that surprised.

Danny Mills asked if Mike Ashley is as bad as Newcastle fans make out – October 2019:

“No, look at the football club, look at what he did originally.

“He has invested money…You do need to be careful what you wish for in football.

“I understand the fans’ misgivings but there are a lot of clubs who are run worse and have worse owners.”

Danny Mills asked whether it was a masterstroke by Mike Ashley to give away 10,000 season tickets – December 2019:

“Yeah of course it is!

“The biggest things owners panic about, are results and crowd numbers.

“So quite often they can’t do too much about results.

“But with crowd numbers and getting the team well supported, you can at times do something about that.”

“Steve Bruce has got to the point where he’s had to say ‘Look, I’m not resigning, I’m not going to be forced out. That won’t happen.’

“The fans aren’t particularly happy and he knows that but he’s not going to chuck the towel in.

“Steve Bruce is not going to walk away and even if he does, who do you get in?

“Who is going to do a better job under the circumstances?

“I’ve got respect for Steve Bruce who’s not going to chuck the towel in.”

Steve Bruce has trust put in him by Newcastle owners, rewards them with this embarrassment