After the weekend of matches, which included Newcastle’s draw at Watford, the rankings have now been updated. 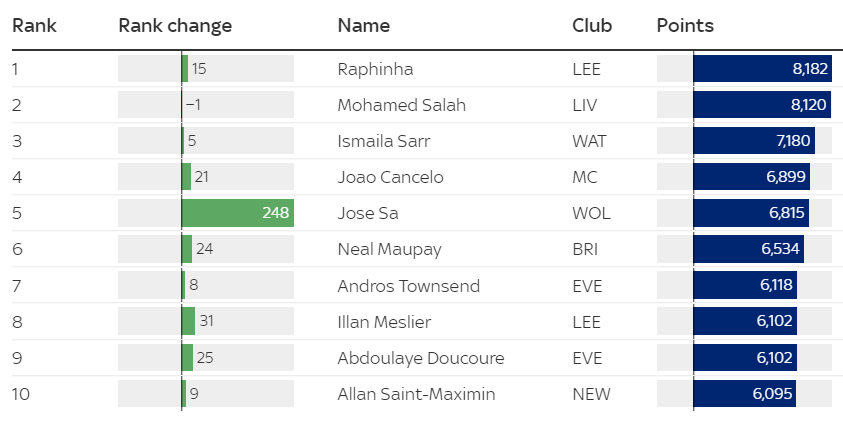 As you can see, amazingly, despite Newcastle United having such an appalling start to the season, Allan Saint-Maximin has made that Sky Sports top 10.

In the last five PL games, all but the earliest one (Villa away) have seen ASM contribute either a goal or an assist. Scoring against Southampton and Leeds, whilst getting an assist against both Man Utd and Watford.

This Sky Sports graphic summing up just how dominant ASM has been in giving any kind of positivity for Newcastle United fans. 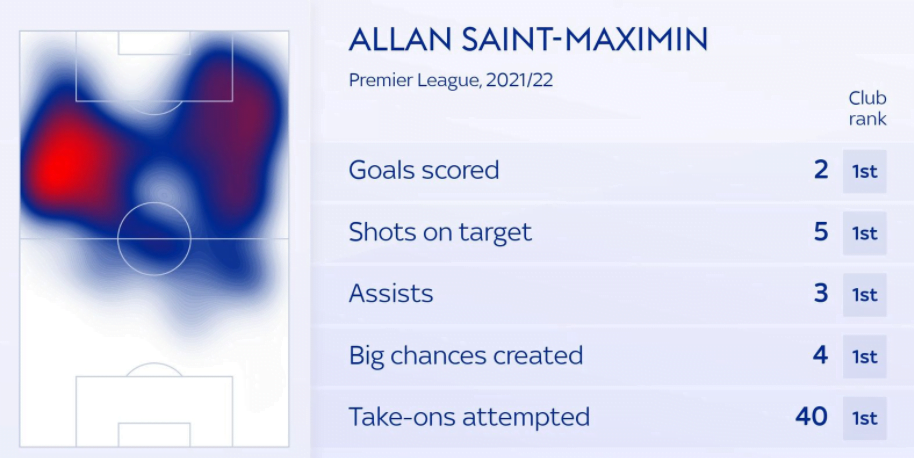 This improved end product is on top of his excellent overall contribution to matches so far this season.

The next highest Newcastle player is Sean Longstaff, who is 20th on the Sky Sports form list, with 5,473 points. Playing better in recent matches, Saturday saw him score that excellent long range effort at Watford.

After those two, you have to go all the way down to number 65 in the Sky Sports form table, with Joe Willock on 3,555 points.