An interesting new report has been published, which gives us a table of Premier League clubs from top to bottom, measured by how much each squad cost to put together.

The figures have been updated to include the 2021 summer transfer window which ended eight days ago (31 August 2021).

It is the CIES Football Observatory who have done the analysis and came up with the tables below.

A table showing the 20 Premier League clubs, with how Newcastle United measure up to the other 19 clubs.

Then another table showing how the Premier League clubs then measure up to those in the other big five leagues (Bundesliga, Ligue 1, La Liga and Serie A).

With an estimated €1.08 billion (approx £928m) committed to sign their current players (possible add-ons included), Manchester City remains at the top of the rankings.

Premier League clubs – How much each squad has cost to put together (up to and including 2021 summer transfer window): 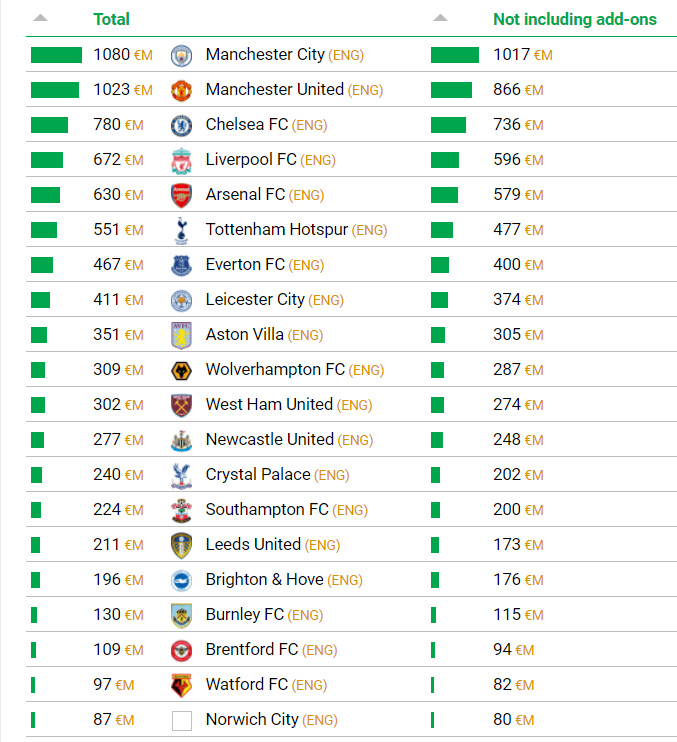 As you can see, Newcastle United feature 12th in this league table of Premier League clubs and how costly their squads have been to build.

Well, Mike Ashley’s recent ridiculous statement claimed that since Steve Bruce arrived, some £160m had been committed on transfers, whilst he didn’t give any details on how he reached that figure, Newcastle fans have acknowledged that at least £125m of that £160m is accounted for by Joelinton (£40m), Wilson (£20m), ASM (£20m), Lewis (£15m), Krafth (£5m), Willock (£25m).

I think the general consensus is that due to the incompetence of Mike Ashley, Steve Bruce and others, a lot of that money has been wasted, with for example at least £60m on Joelinton, Lewis and Krafth.

However, at the same time, I believes the fanbase does think also that if Newcastle had a decent manager then this isn’t a squad that should be fighting relegation. The NUFC squad costing well over double what the bottom four clubs have each spent to assemble their squads.

Southampton, Leeds and Brighton all having spent less as well, but this trio all having managers that certainly I would love to see at St James Park instead of Steve Bruce. Indeed, not a single boss at any of the Premier League clubs I would swap for our Head Coach.

Interesting to see as well, how the cost of Premier League clubs squads now compares to those in Spain, France, Italy and Germany.

The Big five European leagues – How much each squad has cost to put together (up to and including 2021 summer transfer window): 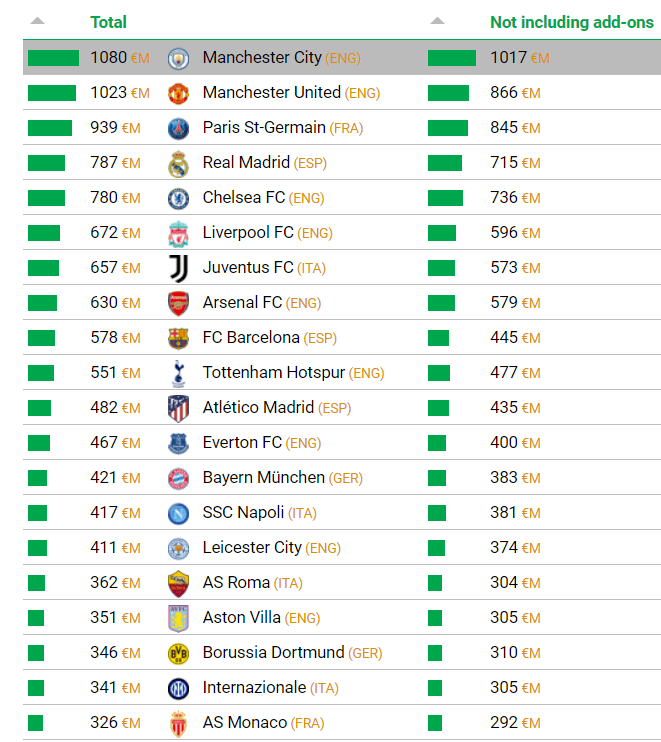 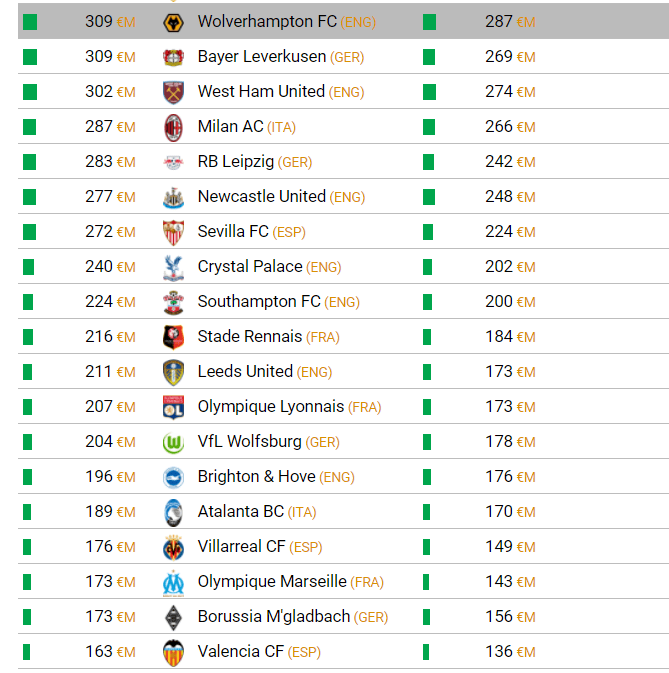 Maybe a surprise to many Newcastle fans that this NUFC squad is ranked the 26th most expensive to put together from all five big European leagues.

This is yet another reminder of the massive advantage Premier League clubs have, due to the riches provided by TV contracts in the UK and overseas, plus of course England having easily the overall most expensive ticket prices of any league.

That combined with the covid impact has seen English clubs have a massive financial advantage over clubs in other European countries this summer. Though Mike Ashley hasn’t let Newcastle fans get too carried away, allowing only one signing (by instalments) and blocking even loan deals. Only Everton (limited spending due to massive amounts spent in recent seasons leading to FFP issues) and Watford (who still signed around ten players, though a number of them on loan) of the Premier League clubs having committed less money to transfers in this summer’s window.