Outstanding Allan Saint-Maximin stats back up what we already knew

Allan Saint-Maximin has once again been a major talking point.

The French winger sparking much debate after his opening three Premier League performances, amongst both Newcastle fans and neutrals.

Many neutrals wondering whether Newcastle United can hang on to Allan Saint-Maximin, whilst NUFC supporters wondering when ASM will get a bit more help from his teammates and Steve Bruce (and Mike Ashley).

To the naked eye, the performances of Allan Saint-Maximin have overall been excellent, but do the stats back that viewpoint up?

The big worry yet again is that Steve Bruce’s only attacking ‘plan’, is to tell the other Newcastle players to give the ball to ASM and simply hope he does something.

So far, Allan Saint-Maximin has registered both a PL goal and an assist in his 270 minutes on the pitch so far, but what about his overall contribution to the team?

A table has been published by ‘The Other 14’ (who specialise on stats/tables etc on the 14 clubs who aren’t the ‘Big Six’) which shows Premier League players who have contributed most in terms of ‘progressive yards’ so far this season: 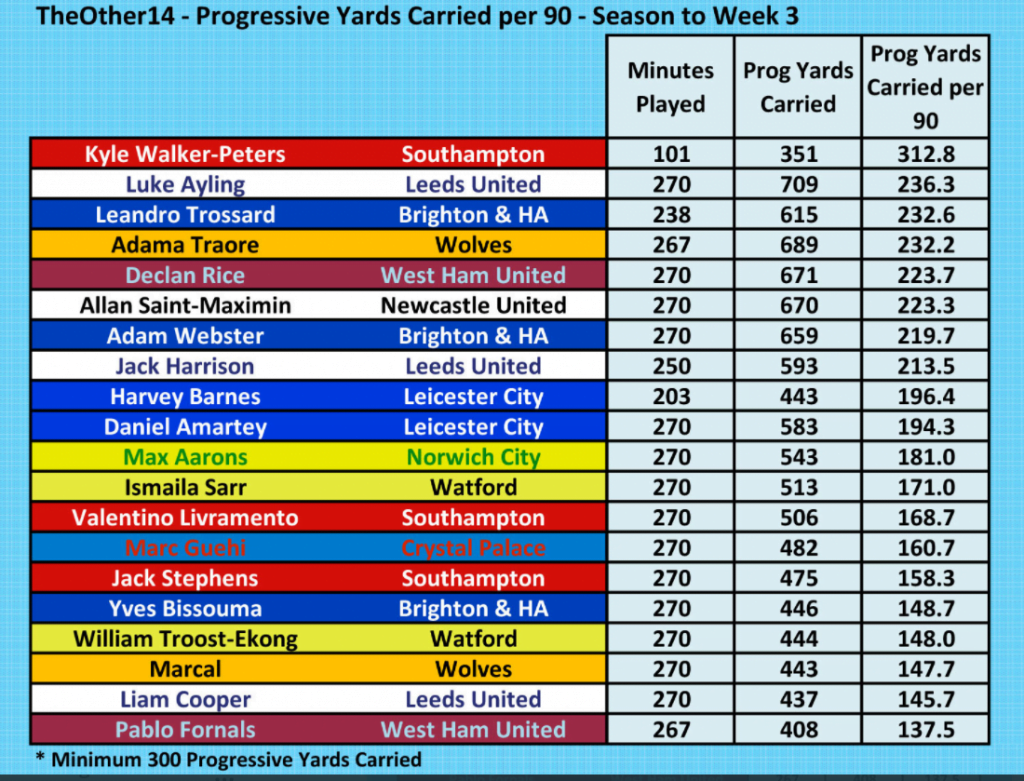 As you can see, Allan Saint-Maximin in the very top grouping of this particular table, averaging over 223 progressive yards every 90 minutes.

Not a single other Newcastle player makes this list, though seven of the other thirteen ‘other 14’ clubs have two or more players amongst this top twenty.

It would be great if Newcastle United could one day have other players, especially a central midfielder, who makes this kind of list, driving the team forward as well as the skills of Allan Saint-Maximin.