Fair to say that the Newcastle United defending hasn’t attracted many compliments so far this season.

The NUFC team as a whole looking always likely to concede in the the three Premier League matches ahead of the international break.

Eight goals leaked already and it could have been far worse, with any number of other chances for the opposition.

However,  in a newly published stats table, at least one Newcastle United player looks to be doing everything he can to try and hold it together.

The table shows players who have the most combined clearances and blocks this season after the three rounds of Premier League games so far.

One NUFC star only kept off the very top by a single other Premier League player.

The blocks/clearances table has been published by ‘The Other 14’ (who specialise in stats/tables etc on the 14 clubs who aren’t the ‘Big Six’): 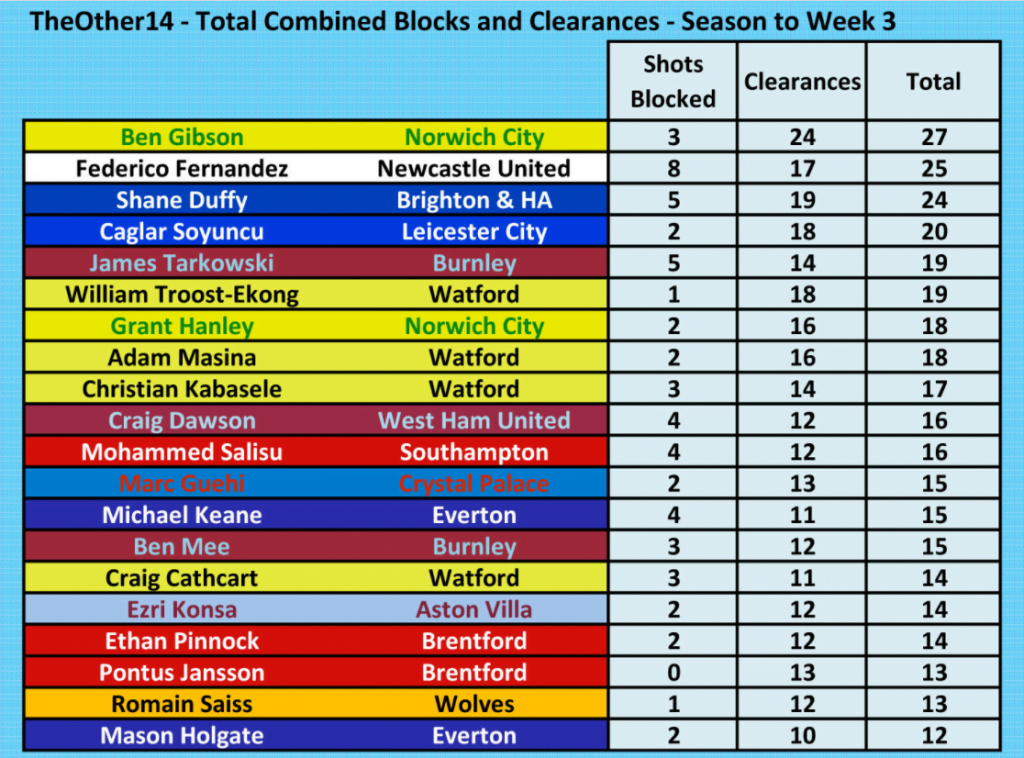 A brilliant signing by Rafa Benitez, no surprise to see Federico Fernandez performing so well, an Argentine international who has spent the past decade playing in Serie A, La Liga and the Premier League, including under Rafa at Napoli where they also featured in the Champions League.

Fernandez blocking more shots (eight) than any other player in the list, indeed three more than the next highest. Whilst only Ben Gibson of Norwich have more combined blocks and clearances than the NUFC defender, 27 to Fernandez’ 25.

To me, Steve Bruce has to pick a back five (or preferably four?) with Federico Fernandez at the heart of it, then stick with it and hope this can help stem the very worrying flow of goals conceded.