That dispute seeing a last minute reprieve despite Newcastle having refused to release him for Paraguay’s games in September.

Along with other South American countries, Paraguay had invoked the FIFA five day rule which effectively stops players from taking part in their club’s next league game if the club have refused to allow them to go away on international duty. However, at the last minute the Premier League players were allowed to play club games on the weekend of Saturday 11 September, as a compromise was reached.

The unhappiness of the Premier League clubs to release the players was twofold. The UK government refusing to make allowances for players returning from red list countries meaning a spell of quarantine after international duty. Whilst an additional one was that due to having had to cancel World Cup qualifiers due to covid, South American countries (who have 18 group matches to play in qualifying) had been allowed an extended international period in September where they could play three instead of the scheduled two qualifiers. The third game played so late in the international fortnight, regardless of quarantine restrictions, it would have meant no chance of Miguel Almiron being back in time to take part in that game at Old Trafford.

Whilst the action by South American countries was called off earlier this month, it was done on the understanding of some kind of compromise to be reached, including the UK government making some kind of relaxation for players returning from red list countries.

Nothing so far has been officially announced and players are due to head off this weekend after matches.

Not surprisingly as he is one of their star players, Paraguay have named Miguel Almiron in their latest squad.

With all three countries that are hosting this trio of games currently still on the UK government’s red list, there is no doubt that Miguel Almiron will fall into that category of having to quarantine when returning from this international duty, unless the government makes exceptions.

However, in terms of the Newcastle match at home to Tottenham on Sunday 17 October, regardless of any quarantine, it looks as though Miguel Almiron is sure to miss it if going on international duty. The final game will finish at around 11pm (UK time) on Thursday 14 October and then setting off sometime on Friday (15 October) from Bolivia, by the time he reaches Newcastle it will be surely well into Saturday at the earliest and in no condition to take part in that Spurs game.

As for quarantine restrictions, if they were still in place for returning players, it would also put Almiron’s participation away at Palace (Saturday 23 October) in serious doubt as well.

Newcastle refusing to let him go? I just can’t see this as a viable option, as not only would Paraguay for sure be invoking that five day rule to stop him playing against Spurs, it would create friction between Newcastle and Paraguay for the future and most importantly, Miguel Almiron would surely be far from happy. 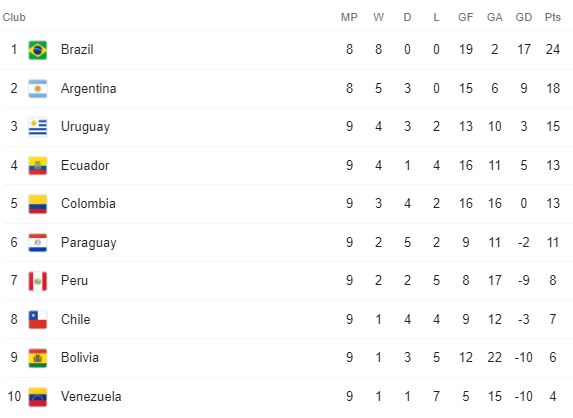 There is zero chance of Paraguay not doing everything they can to have their best players available and if Newcastle United or anybody else stands in their way, then insisting on as much punishment as possible for clubs that haven’t cooperated.

Whilst Newcastle United look sure to miss Miguel Almiron on the 17 October, it appears Tottenham will be missing at least two, as Giovani lo Celso and Cristian Romero are set to link up with Argentina.