Despite the scoreline, Federico Fernandez has carried on from where he left off last season.

However, there are key stats that back this up.

Federico Fernandez helped his side to five wins and a draw in his final eight Premier League starts of 2020/21.

The Argentine international also ended up as the Newcastle United player with the highest total of blocks and clearances last season.

On Sunday, Federico Fernandez has carried on that impressive contribution.

This blocks/clearances table has been published by ‘The Other 14’ (who specialise on stats/tables etc on the 14 clubs who aren’t the ‘Big Six’): 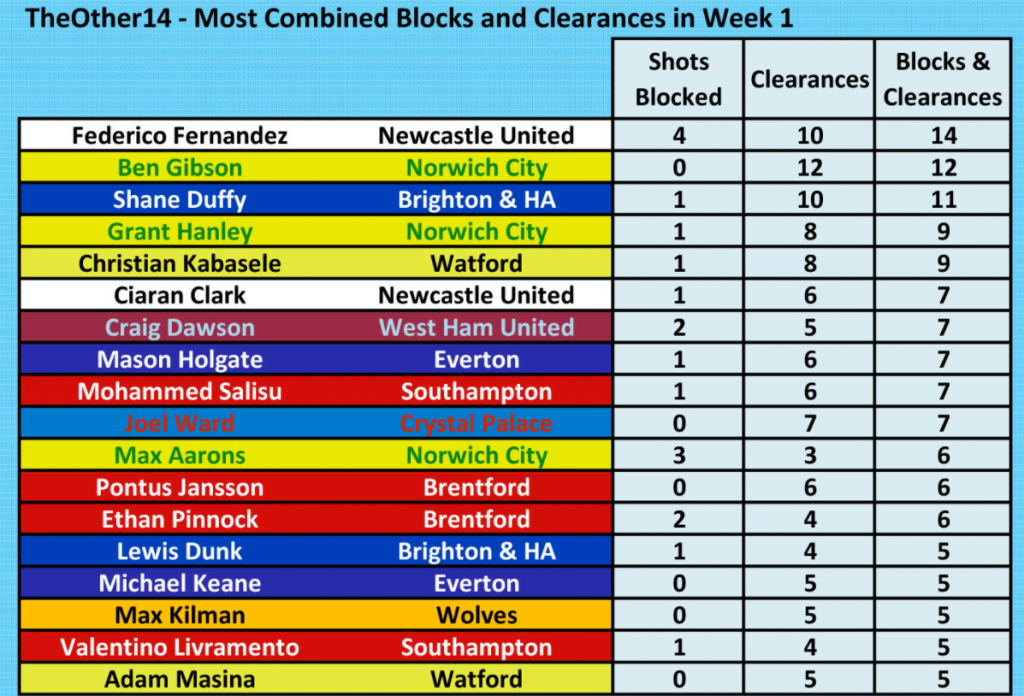 Another brilliant signing by Rafa Benitez, no surprise to see Federico Fernandez performing so well, an Argentine international who has spent the past decade or so playing in Serie A, La Liga and the Premier League, including under Rafa at Napoli where they also featured in the Champions League.

More importantly, Fernandez was at the heart of that NUFC defence, trying to hold it together, as West Ham produced nine shots on target to Newcastle’s three. Without the defender’s 14 blocks / clearances, you just wonder what the damage could have been?

Indeed, you look at that table above and two clubs stand out, Newcastle United and Norwich City the two clubs that feature two players each in the blocks and clearances statistics.

You have to worry about Steve Bruce, has he learnt nothing from last season?

These final 2020/21 Premier League stats tables below are taken from the official PL site and help tell us the real story of the NUFC season.

Newcastle United’s defence having to make more clearances than all of the other 19 PL clubs.

The early indications are that this process is continuing, despite being at home and not up against a team of world beaters, the Newcastle United penalty area coming under so much pressure, that surely goals are all but inevitable.

This needs fixing fast, or else it could be one long hard season ahead of us, no matter what the likes of Wilson and ASM produce at the other end of the pitch.