A 4-2 defeat for Newcastle on the opening matchday but fair to say Allan Saint-Maximin was a major talking point.

The French winger sparking much debate after his performance amongst both Newcastle fans and neutrals.

Many neutrals wondering whether Newcastle United can hang on to Allan Saint-Maximin, whilst NUFC supporters wondering when ASM will get a bit more help from his teammates and Steve Bruce (and Mike Ashley).

To the naked eye, the performance of Allan Saint-Maximin was excellent, but do the stats back that viewpoint up?

A table has been published by ‘The Other 14’ (who specialise on stats/tables etc on the 14 clubs who aren’t the ‘Big Six’) which shows Premier League players who were the most successful when it came to dribbling on the opening weekend: 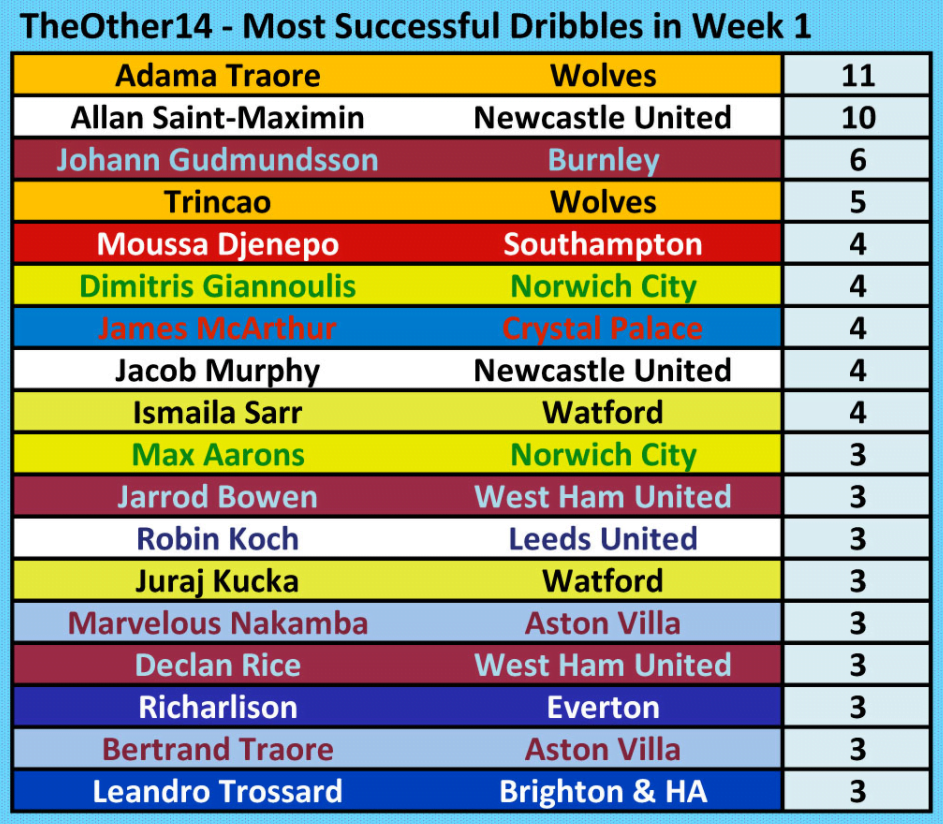 Not surprisingly, Allan Saint-Maximin makes the list, ASM with 10 successful dribbles, just pipped by Traore at Wolves. However, the two of them well clear of the rest.

A bit of credit as well for another Newcastle player, step forward Jacob Murphy with four.

As well as successful dribbles, another opening weekend Other 14 table also speaks volumes about Allan Saint-Maximin, and indeed the overall NUFC set-up… 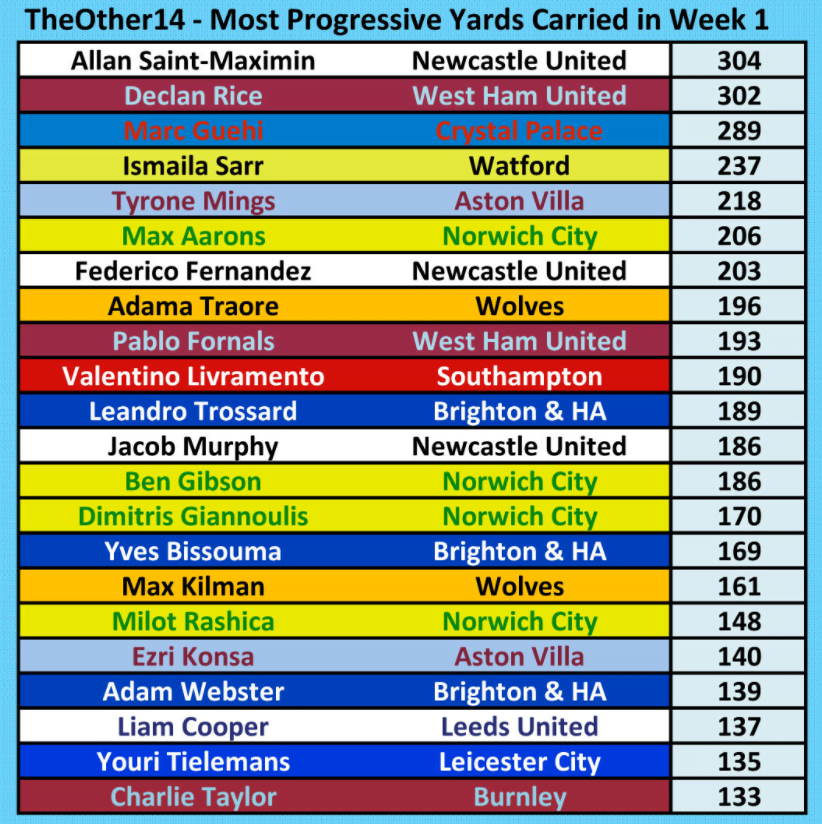 As you can see, Allan Saint-Maximin at the very top of this particular table, just edging it from Declan Rice, the key players on either side on Sunday.

However, fair to say that the Hammers captain had far more support from the rest of his team and the tactical nous of David Moyes.

As for Steve Bruce…enough said.

The fact that Federico Fernandez ends up as the second highest NUFC player on this list is simply bizarre, the one Newcastle player, other than Freddie Woodman, who you wouldn’t want charging up the pitch with the ball and straying too far from his own goal.

Would be great if Newcastle United could one day have a central midfielder who tops this kind of list, driving the team forward as well as the skills of Allan Saint-Maximin.

First time in Newcastle…I’ll be back