A Newcastle United Official Announcement on Tuesday afternoon has revealed that Santiago Munoz has signed.

The 19 year old joins on an initial 18 month loan deal, with an option to buy.

Santiago Munoz will link up with the club’s Academy set-up in the first instance.

‘Newcastle United can confirm that Mexico under-23 international Santiago Munoz has joined the club’s Academy set-up on an initial 18-month loan deal.

The 19-year-old, who was born in the United States, arrives from Mexican top-flight side Santos Laguna, where he made his debut last year and has scored three goals and claimed three assists in 13 league games.

At international level, he helped Mexico win the 2019 CONCACAF Under-17 Championships, scoring five goals – including the overall goal of the tournament – and was part of the squad which finished as runners-up at the 2019 Under-17 World Cup in Brazil.

And he was involved as the under-23s won the 2020 CONCACAF Olympic Qualifying Championship earlier this year.

​The deal includes an option to make Muñoz’s move to Tyneside a permanent one.’

The transfer story has attracted extra coverage due to the similarity in name to Santiago Munez from the movie GOAL! (see image above), which gave Newcastle United a lot of spotlight around the world when it was released. 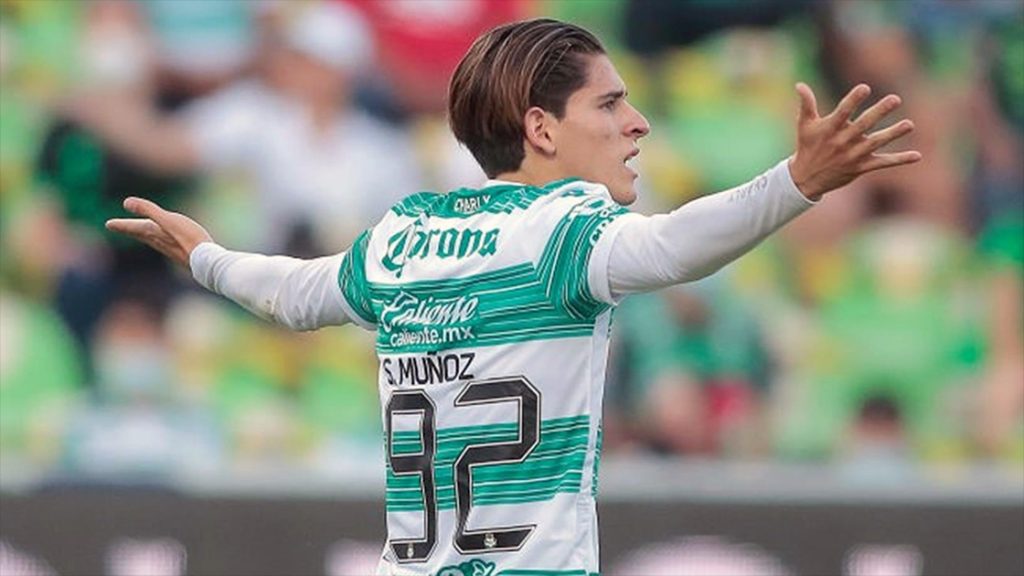 Last week, ahead of a team of players representing the Mexican league taking on an MLS eleven, Juan Reynoso (who was in charge of the Mexican eleven) held a press conference ahead of the match, revealing that Santiago Munoz had been left out of the Mexican side because a move to an unspecified European club was now imminent.

Tudn Mex (a major Mexican media organisation) said that their information was that this unnamed club was indeed Newcastle United, that Santiago Munoz was gong to sign for.