The new 2021/22 Newcastle United third shirt has been launched.

Like everything else at Newcastle United, the launch left late…

Waiting until NUFC had lost their first three matches.

What do yo think of the new design? 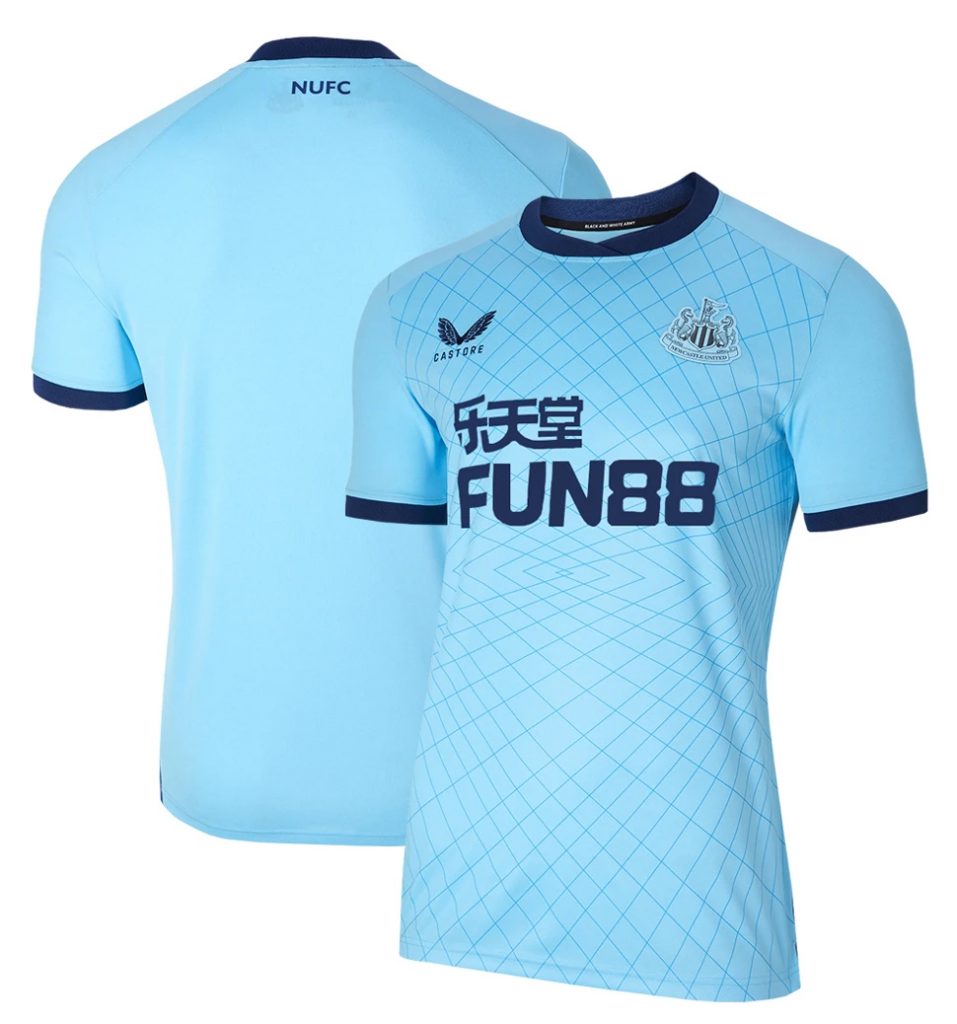 ‘Newcastle United and Castore have launched the club’s official third kit for the 2021/22 Premier League season.

Featuring sky blue shirts adorned with a symmetrical navy-blue pattern, the kit will be teamed with sky blue shorts and socks for an unmissable presence on the pitch and in the stands.

The kit – worn by Callum Wilson, Fabian Schär and Sean Longstaff in a special photoshoot – is available to purchase at shop.nufc.co.uk and in stores from Friday 27th August.

All adult shirts will include the club’s principal sponsor, FUN88, across the chest.

Personalisation is available online at shop.nufc.co.uk and at the St. James’ Park stadium store.’