Back in May (2021) some interesting figures were published regarding capital expenditure spending by Premier League clubs.

A table compiled by the excellent Swiss Ramble who specialises in the business of football.

He (Swiss Ramble) looked at the capital (infrastructure) expenditure allowed by the owners of Premier League clubs since 2010.

This is money spent on such things as training ground and Academy facilities, as well as stadium building / rebuilding / expansion / improvements.

As you can see, Mike Ashley at the very bottom of this table of Premier League clubs when it came to building for the future, only a total of £7m spent on the most essential repairs and maintenance, every other club / owners showing more ambition in their club, investing in the future.

The figures in the table weren’t quite complete because it didn’t have the full ten years of figures for two clubs, Crystal Palace and Newcastle, as at that point (5 May 2021) neither had made public their 2019/20 club accounts.

Crystal Palace did then release their 2019/20 accounts and very finally, Mike Ashley allowed Newcastle’s accounts for two seasons ago to be made public on Saturday (7 August 2021).

Kieran Maguire lectures in football finance at Liverpool University and also has his own Price Of Football website, he has now compiled a table for that 2019/20 season, comparing how much the owners of each of the Premier League clubs allowed to be spent on infrastructure… 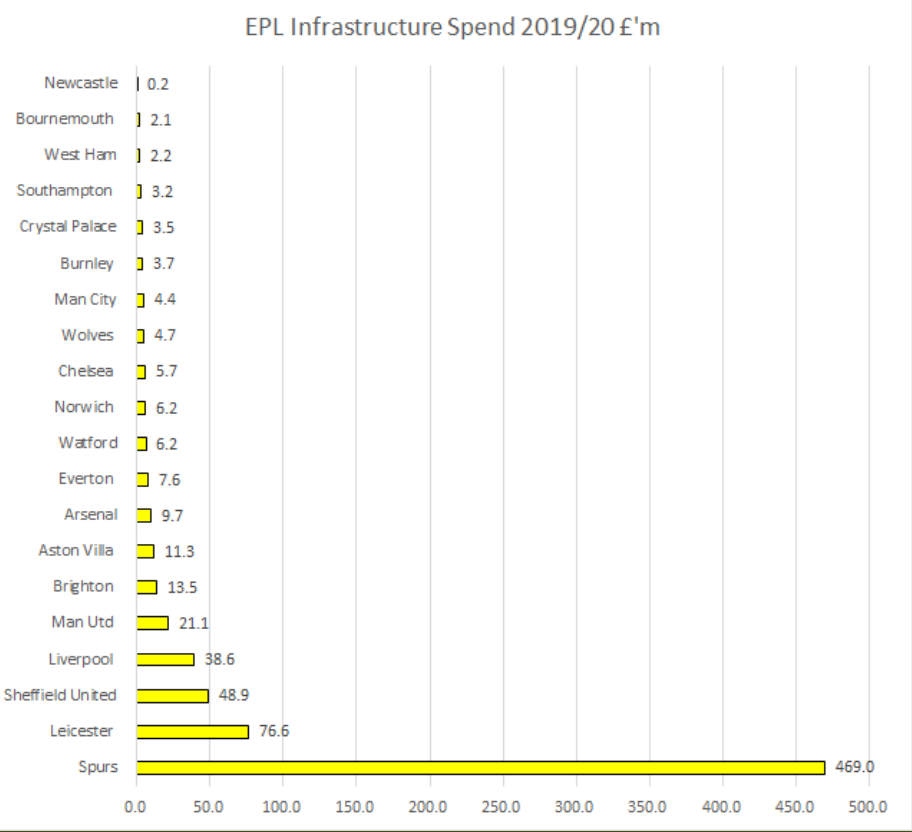 Anybody imagining some sharp Newcastle United increase by Mike Ashley, left ‘slightly’ disappointed, only £0.2m infrastructure spending by NUFC in 2019/20, the next lowest was Bournemouth with £2.1m. All of the other Premier League clubs spending far more on improving and giving care and attention to the clubs they own.

It is far too easy to think that it is just the current team (and manager / head coach) on the pitch at any one time where Mike Ashley is failing to show any ambition.

These stats though on failing to invest in the infrastructure are at least as damning, if not more so, on Ashley’s ownership. 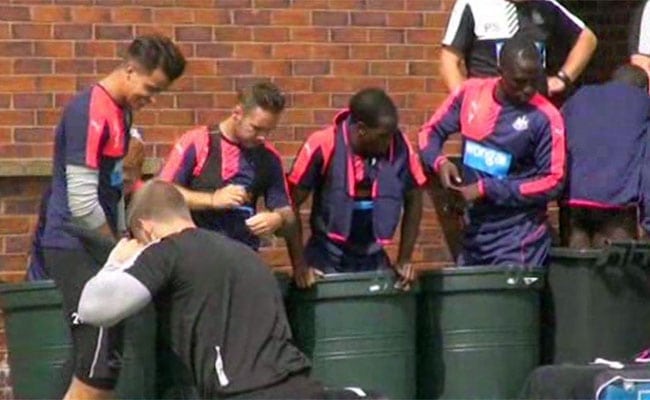 Newcastle United are an absolute laughing stock under this owner as we now head into Ashley’s fifteenth season of no ambition and no investment in the future. A football club going nowhere.