An interesting weekend of Premier League action to kick things off.

Some great football around the various fixtures but of course the main focus for us, is what we can learn from Newcastle United’s opening game.

Newcastle taking the lead twice but still losing 4-2 at home to West Ham.

Presented below are some stats from the Premier League week one, drilling down into the details and seeing where NUFC stand.

The Other 14 specialise in stats and tables for the players and teams other than the ‘big 6’ in the English Premier League.

In this first table, The Other 14 show which players have made the most combined tackles and interceptions in the course of the opening weekend fixtures. 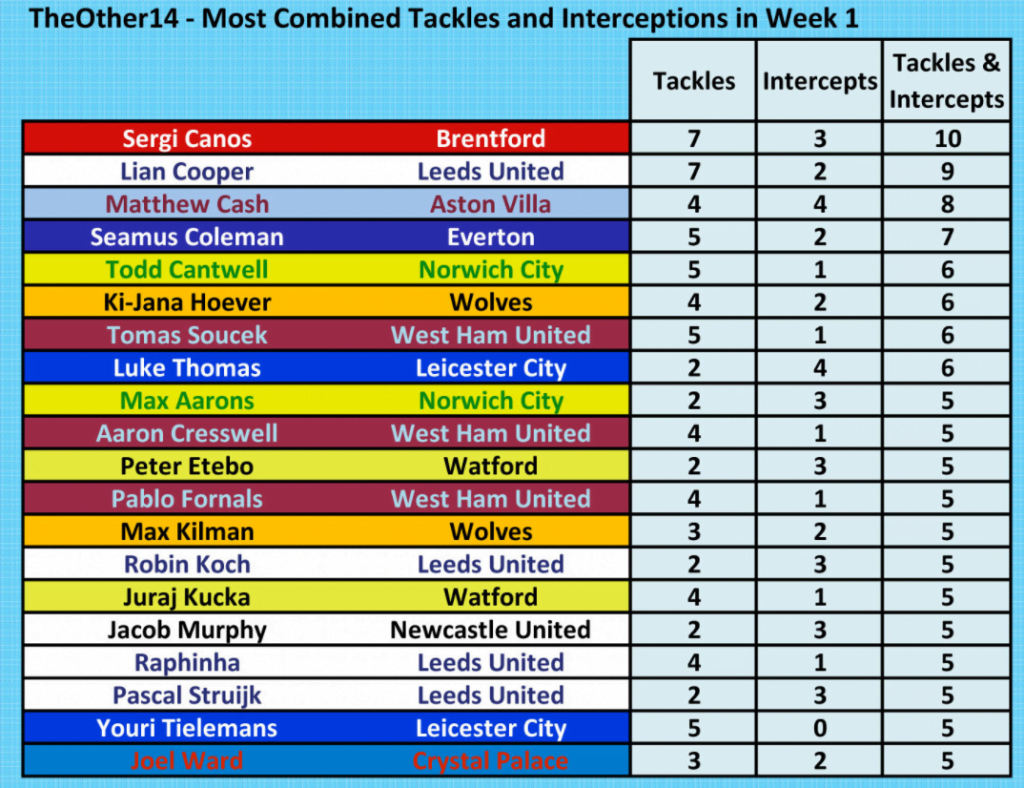 Credit to Jacob Murphy as the only Newcastle player to make the list with  two tackles and three interceptions from wing-back.

However, the fact that neither Jonjo Shelvey or Isaac Hayden can even make it into the lower reaches of this list, points to just how badly NUFC failed in the midfield battle on Sunday. Instead of getting in amongst them and pressing the opposition, the Newcastle pair allowed the Hammers an easy ride.

Obviously it is noticeable as well that West Ham had three players included in this list, as they ended up dominating Newcastle after the break.

This other table from the Other 14, shows how many shots on target each team had at the weekend: 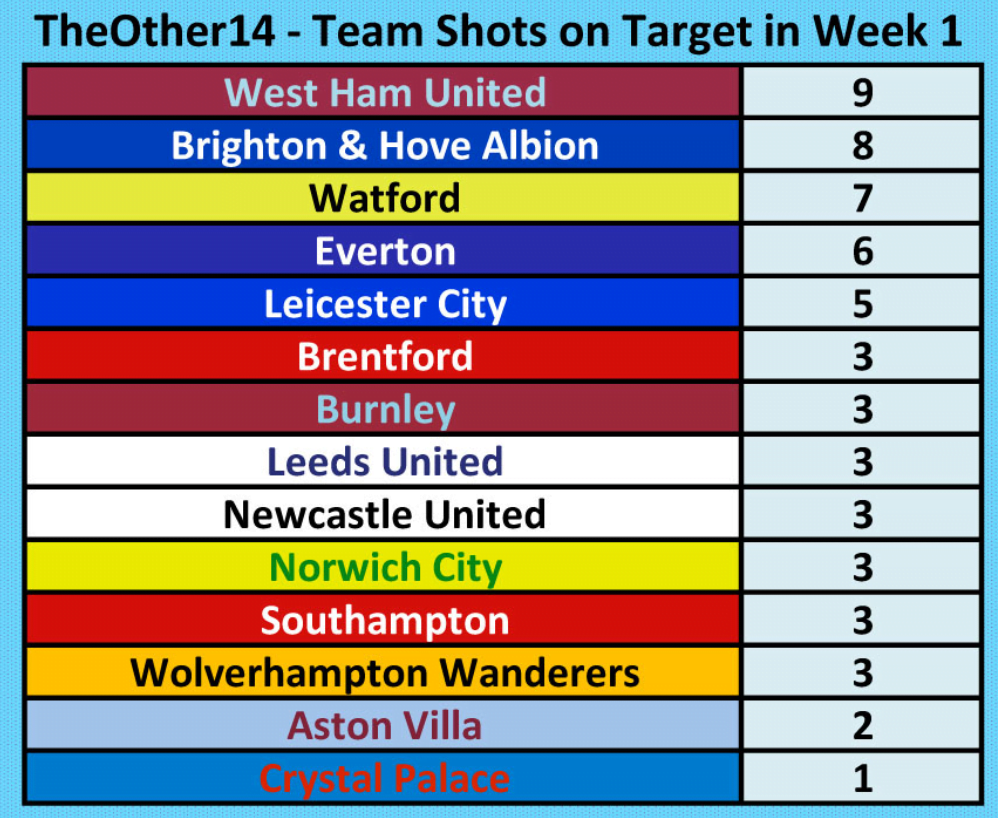 Newcastle United only having three shots on target at home, the two goals and the clever Callum Wilson backheel that almost produced a goal out of nothing. Only two teams had less shots on target than NUFC.

Whilst Allan Saint-Maximin tried to do it all as usual in the absence of creativity from elsewhere, reality is that Callum Wilson was feeding on scraps most of the game.

Compare this to West Ham, they had nine efforts on goal away from home, the most of any of the 14 teams.

The initial signs point to underlying problems at both ends of the pitch, here’s hoping for big improvement in attack and defence at Villa on Saturday.

Joe Willock is of course a welcome addition but more credible signings desperately needed in these final two weeks of the transfer window.