Thinking back to a summer from days of yore.

“Let me take you there, this is something we can share” as Betty Boo said at the time. 1992.

The summer before the first ever Premier League, Match of the Day’s return and regular televised football (Who’d of thought that would work? Not ITV), Serie A on Channel 4 and Sky’s saturation commenced, presented by that hairy handed prat from TV-AM.

The dust had settled on the battle of Filbert Street. Denmark dramatically won the European Championships. My tip of Yugoslavia both sort of right and as wrong as its possible to be. The England manager was a swede, not Sven but the vegetable (again not Sven). Milan, Unbeaten champions of the world’s top league broke the world record to sign Lentini and signed Papin, the star of the only team to beat them in Europe in five (would be seven) years. Reckoned they had half a chance this coming season. Everyone had an “Oops Up” chant inspired by Leeds “Oh Argh Cantona” (ours being Franz Carr). Sensible Soccer was the new champion of football games. Mansell-Mania was in overdrive. Fergie was about to suck a rich American’s toe. Not that Fergie. Not a Glazer.

To the soundtrack of Crucify, Disappointed, Hazard, Barcelona, Rhythm is a Dancer, our own Jimmy Nail’s (between series of Spender) Ain’t No Doubt and the re-released ‘Alive and Kicking’ from Sky’s promotional campaign for the new league featuring an admittedly cool team photo with a representative from each club beneath the slogan “A Whole New Ball Game”. Having the new back-pass rule to get used to, via many heart palpitations in attack and defence, made that almost seem literal in those early weeks.

The weather a bit down on previous summers, seemed fine to me, but then summers of our youths do tend to. Nights down the river trying to win back a girl who looked like the contemporary Catherine Zeta-Jones of Darling Buds fame. The two-day friendly tournament at St James Park in constant drizzle and endless grey suggests otherwise. Identical conditions to the first day of the season against Southend – a personal first having only known seasons rightfully begin in the sun. It felt weird. Playing matches on Monday nights weird.

Maybe that’s projected imagery from the Barcelona Olympics. Gold for Great Britain in the rowing. Gold for Linford in the 100m, the emotional Derek Redmond moment and those amazing images from the Montjuic pool where the diving events took place to a city backdrop with the iconic cathedral prominent – all below bright blue sunny skies. Or it might have been from Eldorado.

It began on that Leicester dust when Keegan said they were going to “turn this magnificent club around”, implying his later confirmed retention as manager, his presence alone was proof enough of the process had begun. The delicate nature of whether or not he would stay, conversely forged a trust and for the first time in my time and beyond there was a symbiotic unity and trust between boardroom, manager and fans all pulling in the right direction. Revolutionary stuff.

The stall was set out by the unlikely signing of Paul Bracewell, the mackems’ captain, best and not unlikable player on a free transfer. At that cost it was worth it just for the punch in the gut and irrefutable proof of where the regional power lay. The equivalent of losing Gavin Peacock to them. Which were pointed out to mackem acquaintances.

Previously wheeling dealing, paupers and a selling club. Looking for hidden gems, scraps, veterans past their prime. We were now linked with, trying to sign and signing players we knew were good. Including from top-flight clubs. We hoped sentimentality could persuade Shearer and Waddle to suffer a one-year only inconvenience of second-tier football. The Hughes, Speedie and Grobbelaar links caused moral quandaries. I didn’t care for the two overly aggressive, nasty outfield players though they, especially one, could more than do a job for us. The other struck me as being too suspect. Only as a keeper mind, in these more innocent times.

I delighted in the substantial links to John Beresford on the back of the Chronicle. He’d impressed with Portsmouth the year before as an attacking, football playing full-back. After his move to Liverpool hit a snag, we stole in. It felt fresh and surreal, to sign a player I rated as a good and enjoyed watching. This also was also the case for the other Tommy Wright but he opted for Middlesbrough, the next lad wouldn’t.

Liverpool helped again by allowing Barry Venison to be signed for a paltry, couldn’t go wrong, 250k. He’d held his own in good Liverpool sides whenever I’d seen him, which is what accounted for my preconceptions, though my Dad made mention of his roots, his mackem ones, though probably both. Whereas for me seeing Bracewell playing for us would take the most getting used to, for others it would be Vension. Thought there’d be a place for him in the new non-title contending Liverpool but reasoned away he was one of several of Liverpool’s old guard (Beardsley (not about to sign for us, despite what a Metro Radio DJ reckoned), Houghton, McMahon) were being moved on for reasons other than ability. It seemed bizarre to us, a demolition job rather than rebuild. Exemplified when Souness paid Spurs 10x the Venison fee for Paul Stewart. 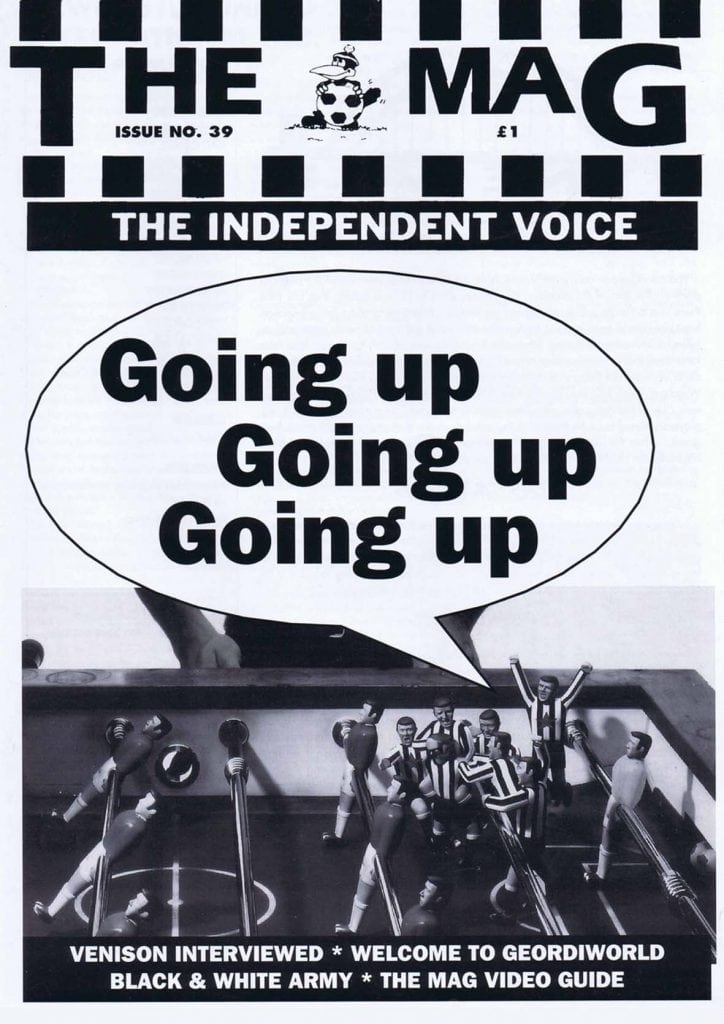 Arguably the best transfer and the one many were most invested in, is one that never was. Our star man Gavin Peacock had been lengthily linked with now Premier League Middlesbrough and others but had been convinced to stay. Making his scoring of the winning goal against ‘Boro in our pre-season meeting feel almost harsh yet refreshingly unlike Newcastle. Despite their Premier status, it felt like the momentum, attention and growth lay with us. Like we were wasted and fraudulent in each others places. Getting double the gates a league below just embellished it.

In hindsight, possibly our best summer business? Getting it so right straight away created momentum. The three signings bedded straight in and a relegation threatened team were on the way to promotion within weeks after 11 straight league wins (and two league cup ties).

In context, the outlay was less than Jim Smith spent after relegation in ’89. 16 others (see below) this summer of 1992 (including Wimbledon) spent more and several others were competitive, many of whom had assembled more expensive sides already. ‘Boro then in the same division had spent £1.4million on Payton and Wilkinson alone whilst we scraped £250k for Franz Carr in the summer and David Kelly in the winter. Dalglish in under a year (four months more than Keegan) had spent 10million at Blackburn. Leeds, the final first division champions, spent millions as a second tier club years earlier. Souness spent £9million last season alone to reduce Liverpool to also rans. In the same division Derby who had already gambled big and lost in a dash for the Premier League outspent us and they’d tank from the off. Sunderland matched our spend but went backwards from an already low bar (cusp of relegation zone, a point more than we got in our worst ever season to surviving on the last day due to Brentford losing).

The seemingly anti-Keegan / NUFC narrative, that pops up in comments from some visitors to The Mag, that it was a simple case of a blank cheque book outmatching the rest (partly the motivation to look back at this) doesn’t follow here. And I sense they seek to demean the achievements and diminish the memories, perhaps in pathetic attempts to excuse the disgraceful way the club is ran now. 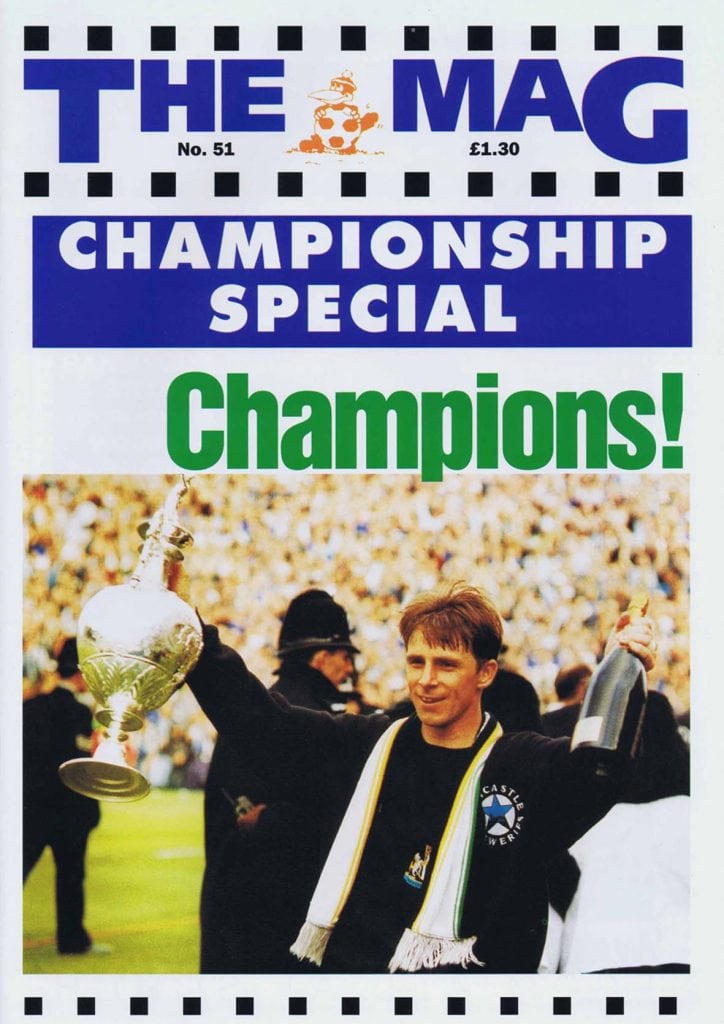 Rather than good, astute signings, man-management, striving to move forward and an adherence to an attacking football playing philosophy resulting in momentum and a tidal wave of support. Sell-out gates and the biggest crowd in the country on opening day and beyond. Home games all ticket by October. Growing revenues. Hall had budgeted for 21,000 crowds.

On arrival Keegan had said it would be the fans that would turn the club around “with a little bit of help from all of us”. I think this is exactly what happened.