BBC Sport have been looking forward to the new 2020/21 Premier League season.

Phil McNulty is the chief football writer at BBC Sport and he has given his considered opinion on the 20 clubs contesting the 2021/22 campaign.

It is only an opinion of course and opinions can be very wrong, after all, none of saw Leicester City winning the Premier League in 2015/16, nor did a lot of us think Newcastle United would get relegated that season either…

Interesting though to read outside opinions, stepping outside our own endless internal debates within the NUFC fanbase.

So what doe he predict this time… 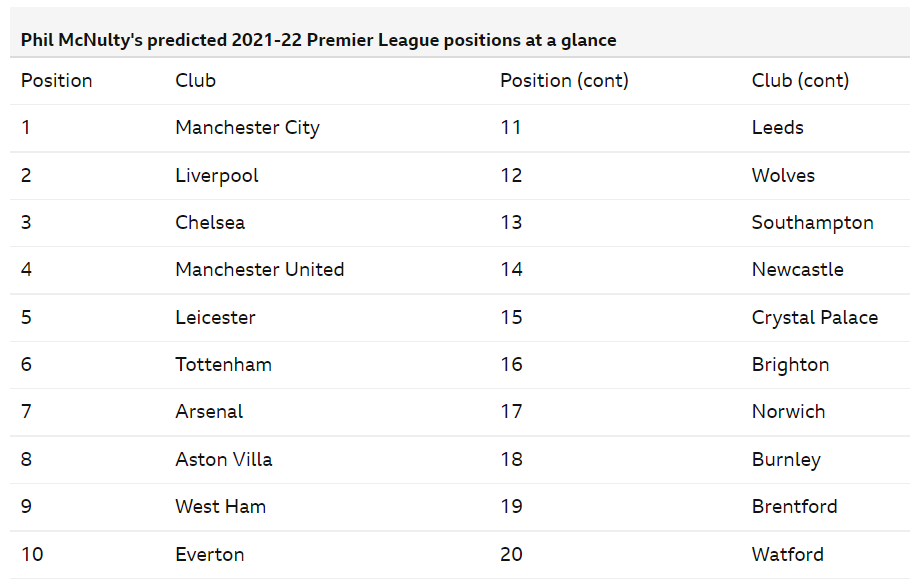 The BBC Sport write up on Newcastle United:

“Any prediction involving Newcastle is always an adventure and this season is no different.

“Steve Bruce took them to a respectable 12th place last time despite having little faith from the Toon Army, and Newcastle actually looked a decent side when striker Callum Wilson and flying French winger Allan Saint-Maximin were fit.

“Joe Willock, a resounding success on loan from Arsenal, is also back to lift spirits.

“But with supporters back inside St James’ Park, Bruce needs good results early to keep the wolf from the door – even if he appears to still retain strong support from owner Mike Ashley.”

Hmmm, the BBC Sport main man getting a little ahead of himself there with Joe Willock, we are now into at least the fifth day of no agreement yet on personal terms, with Sky Sports having said that Newcastle United and the player are a ‘distance’ apart.

Yes NUFC finished 12th last season but were 10 points off 11th, whilst only six points off fourth bottom, very small margins as usual between those finishing towards the bottom end. Newcastle beating already relegated Sheffield United and Fulham in their last two games, the difference between 17th and 12th.

Phil McNulty says that ‘Newcastle actually looked a decent side’ when both Allan Saint-Maximin and Callum Wilson were fit. That is massively over stretching it, fair to say that in a small number of matches when both those players played, Newcastle played a lot better and won, but plenty of games where they played and NUFC were still poor.

Which sums up exactly why Joe Willock (and other better quality signings!) are desperately needed with only 19 days to go until the transfer window ends, as you can’t rely on just a couple of players staying fit all season.