A date for the unveiling of the first batch of Newcastle United Live TV Matches has been announced.

After the release of the NUFC 2021/22 fixtures (see below) on Wednesday morning, the Premier League telling us when broadcasters will announce their choices for August 2021.

They say that it will be announced no later than Monday 21 June, which I think we can safely assume will be in five days time, on Monday 21 June itself.

“This season will see 200 matches shown live in the UK by partners Sky Sports, BT Sport and Amazon Prime Video.

“Broadcast selections for the month of August will be announced by Monday 21 June 2021.

“The Premier League’s UK live radio partners, BBC Radio 5 Live and Talksport, will continue to present the action across each weekend, including the 15:00 slot on Saturday afternoons.”

The new Premier League campaign kicking off on the weekend of Saturday 14 August and this is how the schedule looks pre-TV choices: 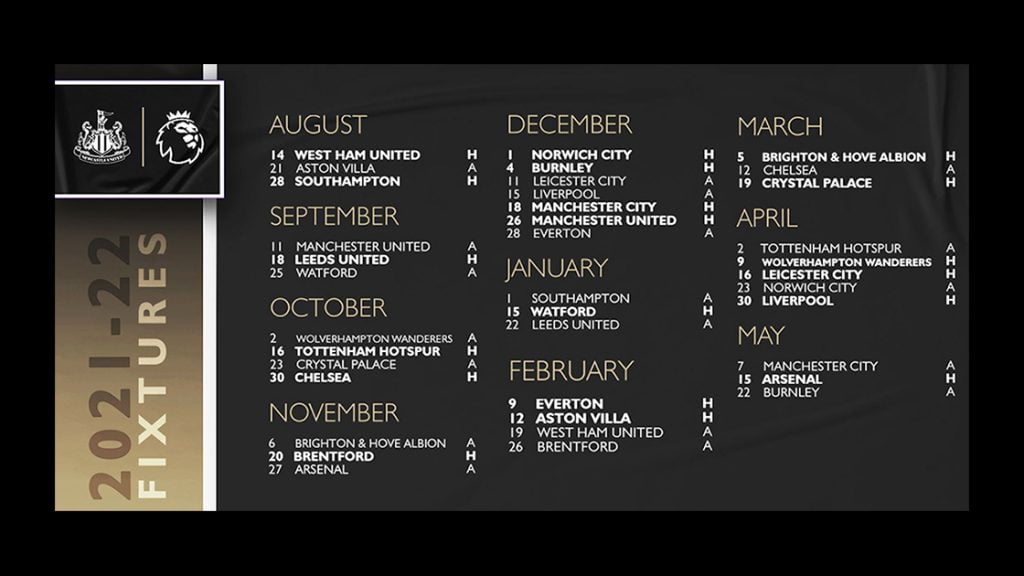 For armchair fans, it is a big step back.

After having access (legally!) to every single Newcastle United match last (2020/2021) season, as games were played behind closed doors.

This time we will have to wait and see how many Newcastle games are selected by the likes of Sky Sports and BT Sport, with 200 and not all 380 Premier League games to be broadcast live in UK.