Some interesting figures published on this Tuesday morning, regarding ‘financing’ provided to Premier League clubs by the owners.

This particular table comparing the various Premier League clubs, comes as part of a study on Manchester United and their current position regarding finances.

He (Swiss Ramble) has looked at the net finance provided by the owners of Premier League clubs from 2016 to 2020. 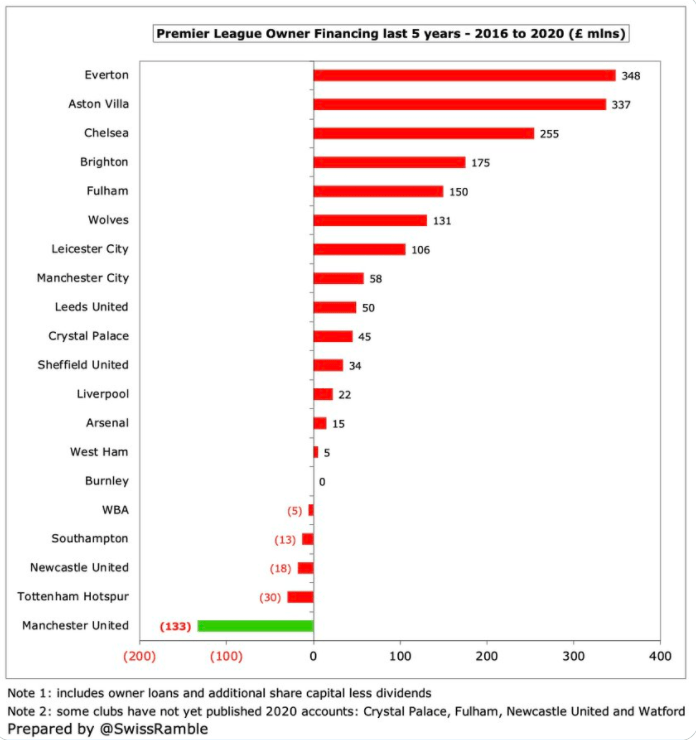 As you can see, the owners of many Premier League clubs putting in some serious investment in their clubs.

Everton and Aston Villa over £300m each.

Leicester, Wolves, Fulham and Brighton all over £100m each.

However, five clubs have actually taken money out of their clubs in this period.

If you would like to feature on The Mag, submit your article to con[email protected]