However, there is news on Monday that we are unlikely to see these latest NUFC accounts any time soon.

A great spot from Kieran Maguire, who lectures in football finance at Liverpool University and also has his own Price Of Football website.

He has flagged up the fact that Mike Ashley has now extended the accounting period that will be covered from 30 June 2020 to 31 July 2020.

The Companies House records showing that Mike Ashley has thus been allowed to also push back the need to file those 2019/20 Newcastle United accounts. 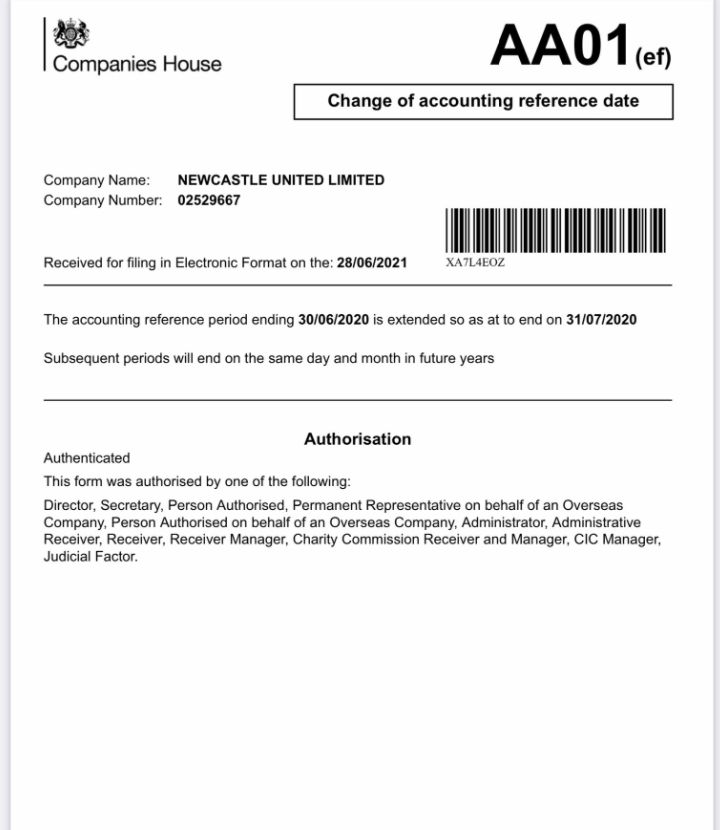 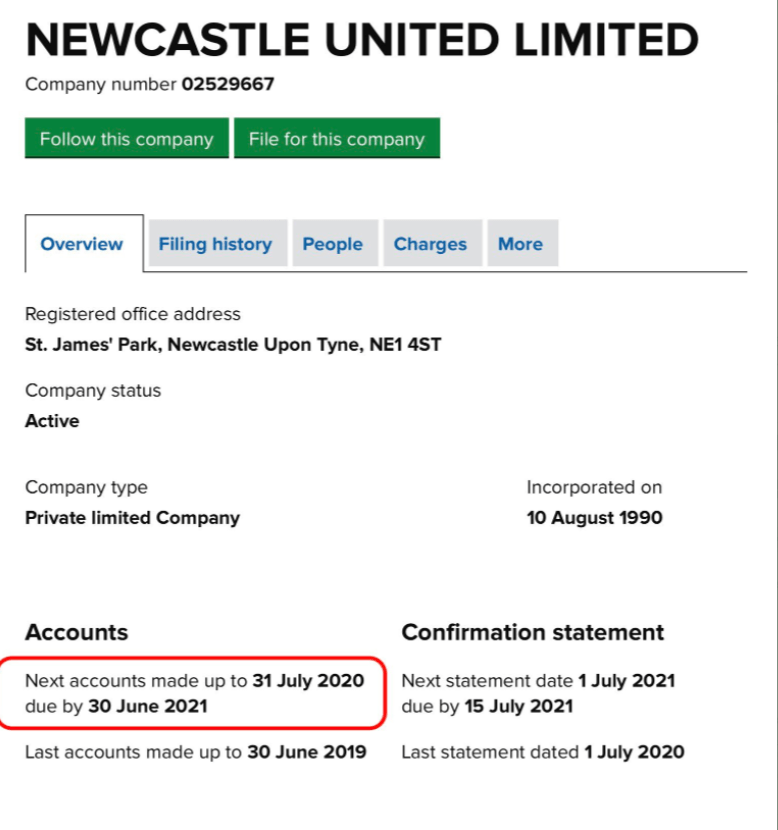 Ashley usually submits the accounts late anyway but this gives him license to do it even later this year. With this change it should be now by 31 July 2021 instead of the original 30 June 2021 deadline when the Newcastle United accounts are made public.

The 2021/22 season kicks off only two weeks into August, who knows if we will have sight of those accounts covering the 2019/20 season by then…?

Quite outrageous really that as things stand we have seen no financial information whatsoever since Rafa Benitez left the club on 30 June 2019, of what has happened at Newcastle United since forcing the Spaniard out and replacing him with Steve Bruce.

Kieran Maguire has regularly written in the past about Newcastle United and Mike Ashley, as well as of course, the situations at many other clubs and also a Brighton fan for his sins, he once famously said: ‘If Mike Ashley wanted to buy the club I supported I’d be soiling myself.’