Miguel Almiron put in his usual spirited performance on Wednesday night as Paraguay returned to action in their latest World Cup qualifier.

A busy summer for the Newcastle player who could have as many as nine games to play, two World Cup qualifiers now gone and up to seven more in the next month as Paraguay move into competing in the 2021 Copa America.

Miguel Almiron and Paraguay had got a very decent 0-0 draw in Uruguay last Thursday but were up against top of the table Brazil this time.

Four of the ten in the South America group automatically qualify for Qatar in 2022, the fifth goes into a play-off. Paraguay went into last night’s match fourth in the table and unbeaten in five games.

Neymar struck an early blow after only four minutes with a cool finish but despite that, Paraguay and Miguel Almiron fought back and matched their elite visitors all through the 90 minutes.

With only their third effort on target after the early opener, Brazil’s Lucas Paqueta finally confirmed the victory with a goal in the third minute of added time.

This win ended a remarkable 36 year wait for Brazil to win in Paraguay, their last victory in 1985.

This is how the World Cup qualifying group now looks:

With six of eighteen matches played, Miguel Almiron and Paraguay still in a decent position, only one point off automatic qualification.

An even busier time for Almiron as on top of his match packed schedule, in between these two World Cup qualifiers of the past week, he welcomed the arrival of his and his partner’s first child. 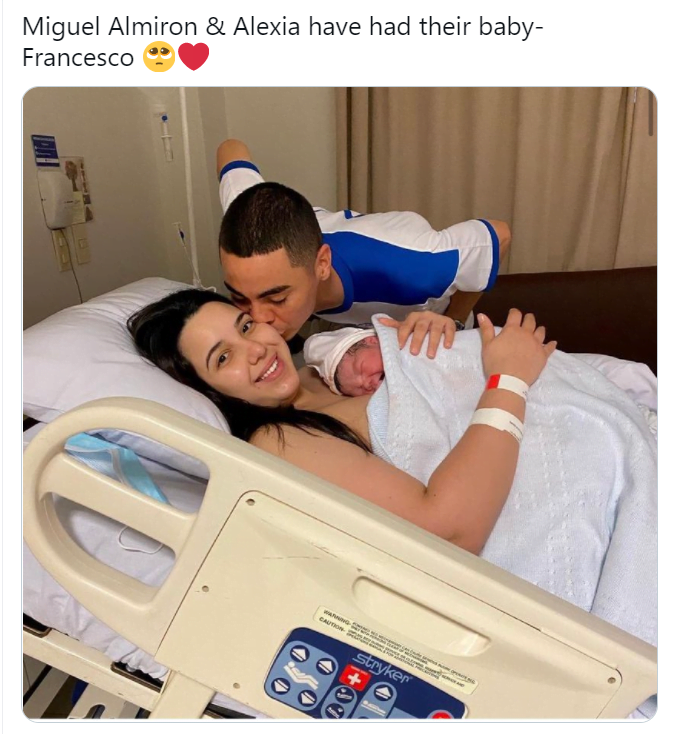 Miguel Almiron and his international teammates now move on to Brazil, for the first of four Copa America group games against Bolivia on Monday (14 June) and with four of the five teams in each of the two groups qualifying for the quarter-finals, it is odds on that there will be at least one more match for Almiron and his teammates.

A hard fought game but Neymar giving Brazil a fourth minute lead and after Paraguay failed to get the equaliser, a Lucas Paqueta goal in the third minute of added time finally ended Miguel Almiron and his country’s hopes of extending a proud record of never having lost to Brazil at home since 1985.

Monday 14 June – Copa America kicks off and Paraguay (Miguel Almiron) play Bolivia in the first of four group games in June, the quarters, semis and final in July – all games to be shown live on BBC.

Premier League fixtures released at 9am.

The mass return of fans to football grounds could be announced as part of final wholesale lifting of virus restrictions.

Newcastle United splitting their squad and playing two friendlies on this day, away at York City with 2pm kick-off, away at Harrogate Town with kick-off time to be confirmed (these games linked to training camp at nearby Queen Ethelburga’s Collegiate campus just outside York, where NUFC also went last summer).

NUFC friendly away at League One Burton Albion, with a 7.45pm kick off.