When someone in football tells you that teams have nothing to play for, that should never apply to teams Newcastle United are playing, and it should always apply to Newcastle United, even when NUFC very obviously do have something very important to play for.

Arsenal were always going to be favourites to win this game, even though they made eight changes to a team that will play a Europa League semi final either side of it.

Even though that Europa League semi final gives them a route into Champions League football which they have never looked like achieving through league position.

Why? Because they have beaten us six (now seven) times on the trot and kept five (now six) clean sheets in the process. Probably the only six clean sheets they have kept in the last three seasons.

That “nothing to play for” nonsense wasn’t the worst thing said during this match day experience (?). Don Goodman also told us that Steve Bruce has “done a great job to turn Newcastle’s season around” and that he had “kept his dignity while everyone was having a go at him.” 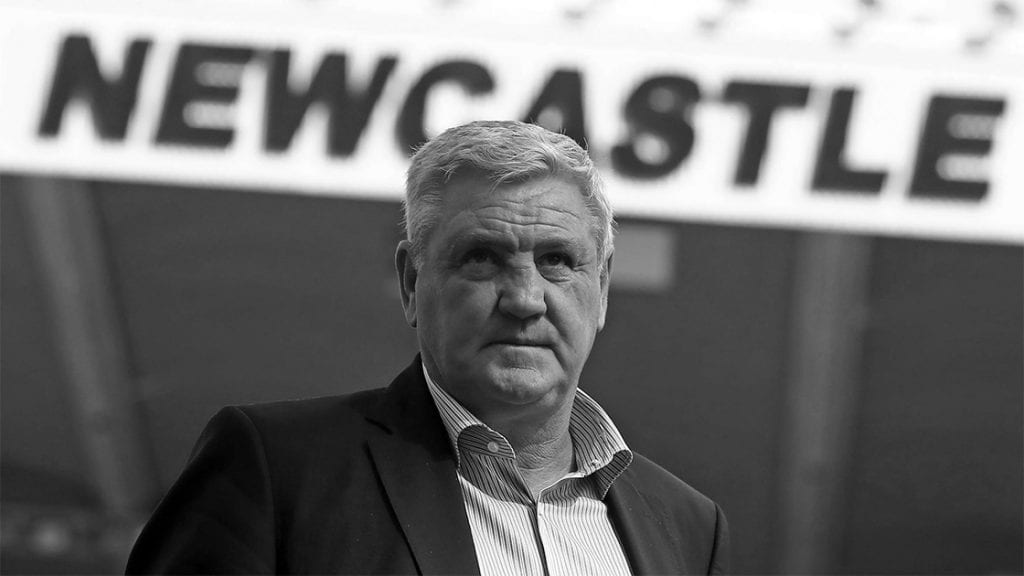 I don’t know if Arsenal had the ball for the whole of the first five minutes but that is how it seemed. The Gunners hadn’t been threatening but United sat off them from the start. Given that level of laziness, it wasn’t a surprise that Arsenal went ahead quickly, Aubameyang mis-fired and the ball fell to Elneny who slapped a first time shot into the bottom right hand corner. The cross went unchallenged, Aubameyang was first to the ball, Longstaff not only failing to close Elneny down and unsettle the Arsenal player, he managed to block Dubravka’s view which at least contributed to the Slovakian stopper failing to stop a shot it looked like he should have. Defensively, there was a week’s worth of training ground work in Arsenal’s first goal, though we all know it won’t happen. The players probably aren’t training this week anyway.

If the goal was supposed to sting NUFC into a reaction it didn’t. Maxi was tricky, so tricky he even shot against his own feet forcing Arsenal fifth choice keeper Matt Ryan into his only save of the afternoon. Xhaka had had enough of ASM’s fancy footwork, the next time the Frenchman got the ball, Xhaka dumped him on his Arsenal, took the booking and simultaneously took Maxi out of the game. The sensible thing for the Toon would have been to run at Xhaka every time they had the ball, piling down the right wing at every opportunity safe in the knowledge that Xhaka couldn’t tackle or would risk a sending off. Xhaka knew best though. He knew that would never happen. His work was done and he might as well have taken the rest of the afternoon off.

Arsenal kept the ball for most of the rest of the half. The only time Newcastle touched the ball was when Dubravka was saving from Xhaka or Almiron was clearing off the line from an Elneny header. Callum Wilson touched the ball once in Arsenal’s penalty area all half, a header well over the bar from a speculative cross. It was probably the easiest game Elneny has ever played, he looked like Sergio Busquets ten years ago. Under no pressure, all the time in the world.

With Odegaard easily slipping in-between the United midfield and back five, the only reason Arsenal didn’t score at will was because they aren’t good enough to do that, they weren’t eleventh in the pre-match table for nothing. At no point in the half did United put any of their players under any pressure. Shelvey can’t chase a pass and move team for more than a few minutes and no longer has the quick movement to keep the ball against the press. On Sunday the referee was fitter and faster than him. Longstaff and Almiron were equally way off the pace in the first half, Longstaff one of NUFC’s only brighter lights in the second. Almiron looked lost from the start, as he has done for a few games. It didn’t help that he was booked after half an hour when Dani Ceballos completely mugged everyone off by pretending Miggy had clattered him when Almiron had never got anywhere near him. Almiron never got anywhere near him or anyone else all game, not that that was reason enough for the booking. It was ironic because this week Ceballos said that he wouldn’t stay in the Premier League when his loan spell at the Emirates was up because he had never got used to the Premier League. After that performance, he should try Hollywood.

The half time break gave United a chance to regroup, a chance which they passed up.

At some point early on it looked like NUFC went to 4-4-2 but not all of the players seemed to realise. Longstaff appeared more on the right, Ritchie further up on the left, the rest confused. Those two players did give it their all in the second period and combined for the best black and white moment of the half, an excellent crossfield ball from Longstaff, good control by Ritchie and quick ball into the box put out for a corner as Wilson lurked. It was a false dawn. Arsenal didn’t seem too bothered either and like the first half, very little happened. The fans protesting at Old Trafford were covering more ground than the players at SJP. Even after Aubameyang had converted Martinelli’s cross after 65 minutes, United put no pressure on the ball, continued to amble around disinterestedly and when they did come stumble by chance into the path of the ball, they had no one to pass to anyway.

The latter stages of the game saw nothing more entertaining. Bellerin, who was excellent and a constant thorn in the United side despite sporting the sort of tache last seen in Special Operation Europe during World War Two, had a shot deflected for a corner.

Maxi Chris Waddle-d one a hundred yards over the bar.

There were some substitutions, the ineffective JL coming on for the ineffective Almiron, Gayle pointlessly coming on with five minutes to go for Ciaran Clark whose hair had turned grey during the game and Schar coming on for Fernandez. Schar didn’t last long, sent off for an ill-judged tackle on Martinelli who had a very, very good game. Schar’s wasn’t the worst tackle in the world, it wasn’t much worse than the one Xhaka got booked for early in the game in that it unlike Xhaka’s it wasn’t pre-meditated or particularly forceful. As Rufus said many years ago, Xhaka can, Schar can’t. It was maybe the last time we will see Schar in a Toon shirt. He’s been good at times, not so good at times, but can definitely play football and was well worth the few million Rafa spent on him.

One of the most obviously depressing post-match observations is that this game was a great chance for NUFC to banish relegation completely. Arsenal are an average team this season who have some very good players but most of whom were not playing in this game. We will never know whether a bit of pressure applied might have seen those in red reluctant to get too involved in their third most important game of the week. Still, all of the best performances in this game were from the London side and I am sure that if they can buy a midfield and central defence then they will do better next season. They won’t if they pay big money and wages to players like Luiz and Willian who are obviously there on holiday whilst picking up a last big pay day. They won’t if they can’t replace the quality midfielders they have had and lost over the past few years. Five years ago that midfield had the likes of Ramsey, Wilshire, Ozil, Arteta, Cazorla, Oxlade-Chamberlain and Gnabry in it.

They will have to hope that the likes of Martinelli and Saka can provide what those players have taken away. Arteta, under some pressure to deliver the Europa League trophy, said after the game:

“We got what we wanted, to win the game and keep a clean sheet. We had strong performances individually and collectively we were the better side. Winning and playing the way we have done today gives the team comfort and confidence. It’s exactly what we need. We believed we can beat them and we did.”

All fair comment. For United, I would struggle to say any player was worth any praise at all.

Maxi had an off day, as skilful players often do. That his trickery is our only attacking plan is a struggle to get my head around. Is that the only plan? If Maxi plays well we have a chance? If he doesn’t then Wilson gets no service, Almiron runs himself into the ground trying to make something happen and Ritchie and Murphy try but aren’t always up to it. They weren’t on Sunday.

The defence had a bad day but they are not world-beaters, just triers. The lack of effort and energy in midfield was more difficult to accept as was the inability to keep the ball once Newcastle’s midfield were lucky enough to get it. There was nothing in the team today to suggest that anyone knew that NUFC could still get relegated or cared that it was still the case. No experienced players leading the charge, no local boys bleeding for the shirt and no one willing to try anything game-changing. Just a casual acceptance that Arsenal are better than Newcastle and would win the game because of that.

Steve Bruce said after the game:

“We’ve never thought [we’re safe]. We have four games left and we still have a lot to play for.”

(Jonjo Shelvey forced to walk dog on Sunday night to get his 10,000 steps in – Read HERE)