When I started writing this, what now seems ages ago, it was supposed to be a report on the contrast between two behemoths of the game.

Next season should see both managers in Saturday’s game hit the thousand managerial games mark and sometimes to watch one feels like you have watched them all but after the events of Sunday and Monday it probably now means something else.

In coming seasons, both Newcastle United and West Ham United could once again become Titans, an ill-fated European Super League leaving both teams as top English clubs as they have both threatened to become in the past.

Or perhaps leaving them as lonely historic beasts, left behind as the other giants get bigger and stronger and force their way into the hearts of the younger generation. 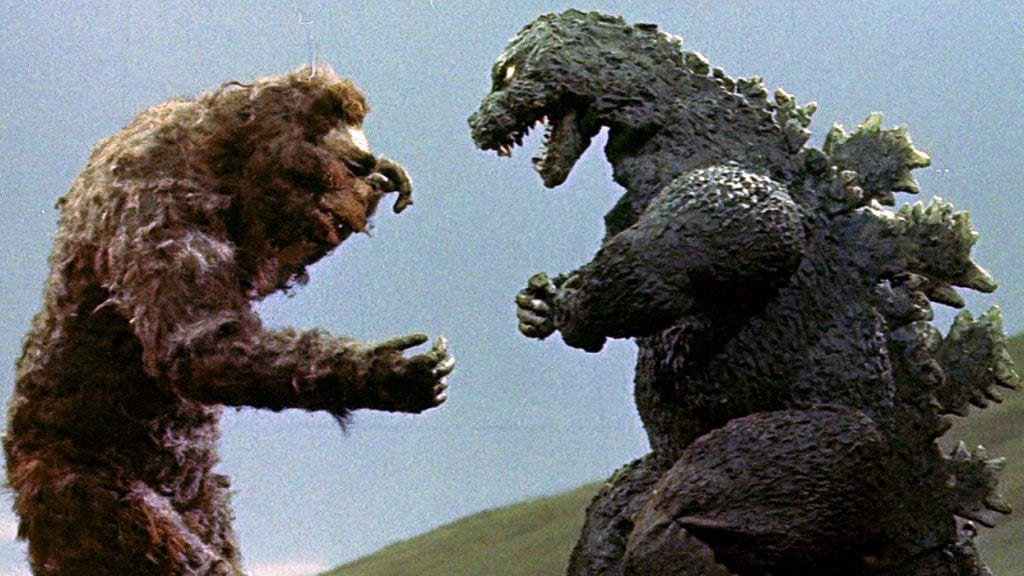 Who knows what the future will bring after Sunday’s ugly news.

One thing that is definitely true is that West Ham are this season’s Sheffield United. They are very high up the league, still in a Champions League place as I write this, though whether the cartel will let them in or not is a whole other question. And yet when they have played Newcastle they have been so uninspiring that I have absolutely no idea how they have got anywhere near there. That isn’t a criticism, I generally like West Ham as a club, their style of play has always been entertaining (without Allardyce) and their supporters have been both good fun to talk to since the mid-90s and much slower than me when they chased me twice a year before then. They have been terrible against us this season though. Twice. Just like Sheffield United last season.

Of course, you don’t get to be fourth in the league by playing badly all season, although it begs the question that should any team be allowed in the Champions League if we do the double over them?

Their elevation from 16th last season to top four this season has been based on, from the limited bits that I have seen, punting the individuals, playing as a team and playing to your strengths. Massive credit must go to David Moyes for that. Signs of why were on show at SJP on Saturday. The Hammers set pieces were excellent, they have the most goals from set pieces in this year’s PL and their crossing generally was equally top class. Hardly any teams cross the ball well now, they don’t even try, it is nice to see one that does it well. WHU are a tight knit outfit, well organised, motivated by the likes of Noble and Rice, with some quality players like Soucek and now Lingard and defensively strong. Just not against NUFC, thankfully.

United started the game on the front foot, an enjoyable change of events in itself. Maxi was at his twisty turny best, not just his feet, his face twisted and turned as he faked injury after injury, all part of the armoury for anyone who gets booted as much as he does. Early shots from Longstaff, Maxi and Murphy and a header from Fernandez came to nothing and as always happens, when the team on top doesn’t score the other team slowly grows into the game. Two other things of note happened in the early exchanges, Craig Dawson, who played like Les Dawson, and JonJo Shelvey were given early bookings for stupid fouls, one changed the game entirely, one continued a worrying trait for a player who is looking completely out of sorts. 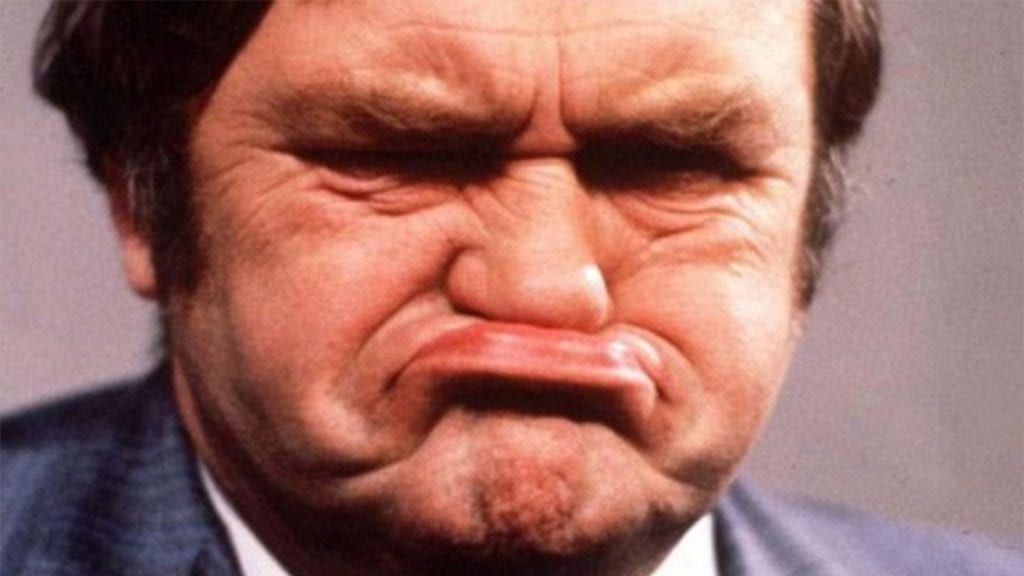 ‘Craig Dawson: an absolute gurn of a tackle’

The Dawson foul changed the game entirely when after 36 minutes he mis-controlled the ball and it was picked up by JoeLinton. The West Ham centre back lunged in and cleaned out our Brazilian forward and off he went with a second yellow card. The referee, being a sport, left Dawson on for long enough to watch his fellow centre back Diop make a mess of a well placed but weak Maxi shot past keeper Fabianski and pop it into the back of his own net to put United 1-0 up. All we had to do was laugh and see who had the most ashamed look on their face in the West Ham back line. That accolade lasted just a few minutes. Fabianski dropped a Matt Ritchie corner two yards out, JoeLinton continued his improvement by knocking into an unguarded net. Newcastle were two up and so far it had been relatively easy, surely it wouldn’t continue.

Obviously it didn’t. Two nil up is often quoted as being a difficult scoreline to judge, teams winning by that margin don’t know whether to stick or twist. I have never believed that. I never saw that Barcelona team or Bayern Munich now, go two goals up and then drop back to the edge of their penalty area. And against ten men I am not sure I have seen any team do it. I saw Newcastle do it on Saturday. Straight from the kick off West Ham were better and the threat grew, Bowen shot straight at Dubravka and then had a great chance just before the hour, our Slovakian keeper once again equal to it. NUFC were nowhere. Wilson coming on for Maxi made no difference. Then the contagious defending disease, called switching off, struck at the heart of the Toon.

It wasn’t just that Dubravka should have saved Diop’s routine header in the 72nd minute, the whole move was a training aide on how not to defend. No one closed the Bowen cross, giving him all the time in the world to float a pinpoint cross over the sleepy head of Fernandez. Diop’s header was decent enough, only Dubravka will really know if he should have saved it or not, but it looked like he should of.

‘Only he will really know’

Any United fan now knew that 2-2 was only a matter of time. That it came from an avoidable penalty even more certain. Ciaran Clark, in attempting to outjump Soucek handled the ball. Deliberate? No. Unlucky? Yes a bit. A penalty? Absolutely. Jesse Lingard tucked the spot-kick in off the post and celebrated like he had done nothing else all afternoon but could still be the hero, which is exactly what had happened. But United are more resolute now than a few weeks ago. Willock came on for Longstaff and scored the winner. Another Matt Ritchie cross coming off the back of Willock’s head and bulleting into the net. Not exactly Des Hamilton’s backside but still, maybe neither player could have done what they did if they were trying to do it.

Rather than drifting away the game continued a frantic pace for the remaining seven minutes of real time and eight minutes of stoppage time. Wilson ran through a couple of times but couldn’t finish, it was nice to see him running at full pelt anyway. The Hammers also threw one particularly great ball into the NUFC area which looked for all the world like a goal but wasn’t. Andy Carroll came on and picked up his 75K per minute appearance money.

All in all a very entertaining game and a victory which all but secures our place in the Premier League next season, if it still exists then. Honourable mentions again to the wing backs who give the team great energy, even if defensive vulnerability means the back line is more exposed. I don’t mind that. I like to see attacking play. Maxi was excellent again and has proved what a miss he has been, as was Dummett who has been very good since his return from an injury. He usually is good, he is just returning from an injury way too much to be a fixture in the team. JL and Longstaff continued their rehabilitation and Willock and Wilson were effective when they came on.

A word for Bruce too. Managers rarely want to change formation but the Steves have at least had the sense to finally give up on the diamond formation when the players weren’t available to play it. United looked comfortable in the 5-3-2 and two things have been key to that for my untrained eye. The wing backs are attacking players and energetic and the substitutes are effective. I’m not suggesting he is the new Pep, just that he has got more right than wrong in the last three games. One thing that is wrong is the contribution of JonJo Shelvey. He has developed the worrying trait of getting booked early in games as he loses possession and is too slow to regain it. Once booked, he can no longer tackle and he has always been too immobile to hustle the way a Kante or Maklele can. It will be an interesting few weeks for Shelvey. Bruce still believes in him, saying last week that Shelvey was integral to our team, but he is showing signs of being too slow to play in the role he is currently occupying defensively and too wasteful to play it in attack. If the first part of any attack is the player who wins the ball back off the opposition and then puts his team on the front foot, Shelvey seems unable to fulfil either of those roles.

Never mind for now. It might seem too critical of anyone in a team that has upped their game over the past few weeks. One that was too good for a fourth placed team this week. Perhaps we had a bit of luck that West Ham were missing two of their best players in Rice and Antonio and that some of our best players are coming back and hitting form straight away. Perhaps West Ham just defended badly. As the most Scottish looking Scot of all time said post-match:

“It was costly mistakes that can happen in football. We weren’t playing badly – a couple of big mistakes gave Newcastle a leg up. We showed great character in the second half, the sad part was the last 10 minutes. I thought we played well – we made individual mistakes, got a sending off. It wasn’t because we played badly.”

“I couldn’t be more pleased with the way we played first half. We had threat, were dangerous every time, we got men forward. All of the stuff in the first half, we didn’t do in the second. It is understandable, you go too deep and we made it comfortable for West Ham.”

I’m not sure what is understandable about it but at least the fans weren’t to blame this week.

I have a confession to make about Adam Armstrong