These relegation six pointers just aren’t what they used to be.

Maybe it is because of a c-word, there are no crowds there but also the games seem to lack cohesion and conviction and the players don’t play like their lives depend on it. I can’t see any of this lot in tears when their teams get relegated.

The managers are cagey, setting their teams out to not lose rather than win, contain not conquer. I’m tempted to use another c-word to describe them but ‘coward’ has already been in the papers enough recently.

What I will say is that NUFC boss Steve Bruce made conservative changes to his line-up, Willock was pushed to the head of the diamond with Hendrick coming in wide for the injured Almiron, Dummett replaced Lewis and Fraser got his chance up front instead of ASM.

Looking at the bench, it seemed to me that the players sitting down made a much more balanced team than the one on the pitch. Funny that, how things look to the untrained eye.

West Brom were no different, I only knew who one of their players was before the game, Maitland-Niles and he is on loan from Arsenal. I’d heard of most of their bench and know a couple of them to be pretty good players, well at least experienced PL players. Confusing.

The game started with encouragement from United. Ryan Fraser was put through in the left channel but was unable to find a man with his cross from a dangerous position, two minutes later a deflected Krafth shot was saved by the Baggies keeper and then possibly United’s best chance of the game. JoeLinton outpaced (yes, he did, honestly) the ragged Albion defence and was clear on goal. As he shaped to shoot he squared the ball across to Fraser who was in front of an open goal, only the ball never got there. Match summariser Ally McCoist had a conversation with himself about “the right option, the wrong option, which was it, it depends” until someone topped his hip flask up. It didn’t matter, the chance was gone.

Apart from not going one up, the real effect it had on the game wasn’t that JL now had the confidence to know that he had the pace and strength to destroy their defence (honestly, again) and his teammates had a reason to pass to him. That should have been the main effect but it didn’t happen. Whether by design or misfortune, the Brazilian’s best part of the match was behind him. He tried hard for the remaining 75 minutes but his time had come and gone.

It wasn’t just JL which had seen the best part of the game, so had the game in fact. Dubravka and Johnstone in the WBA goal had a couple of saves to make but none of them ever looked like going in, Jonjo Shelvey doing the best on the half an hour after a training ground corner exercise almost came off. The old cut back to Teddy Sheringham routine, only Shelvey didn’t seem to know it was happening but he got his shot off anyway, Johnstone’s instinctive one-handed reflex save keeping it out. 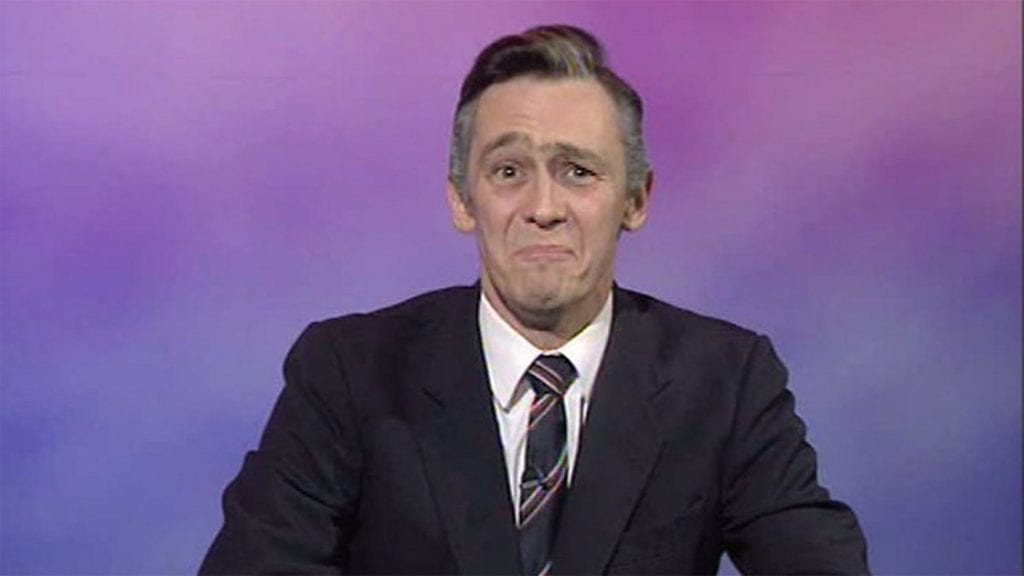 The rest of the half, well the rest of the match really, was more of an experiment in what to talk about while the football is on. Commentator Tyldesley and summariser McCoist started to talk about the kids going back to school, having already covered Neil Warnock’s love for Middlesbrough, Albion forward Diagne’s blue hair and whether there was another option apart from the right option and the wrong option.

At home the conversation was a little more relevant. My youngest son said that being in the c-word, Championship, wouldn’t be so bad. There would be more games, more away games to attend, my oldest son said that the club could have a reboot and get rid of the dead wood. As a veteran of relegations in 1989, 2009 and 2016 I didn’t want to spoil their positivity, I can’t see any good in getting relegated. My lads can only remember winning the championship the year after both of the relegations in their lifetime. I have a longer, more painful memory than that, though I suppose the 1989 relegation did lead indirectly to probably the best years of the club in my lifetime a few years later when Keegan returned to Toon. Still, I don’t want it to happen, however much good may eventually come of it.

Probably the best conversation of the rest of the game was which of Allardyce and Bruce we would rather have managing NUFC. Obviously, the answer is neither but say that wasn’t an option (they’ve got me doing it now), say it was either The Walrus or The Carpenter. Which of the two characters would be leading us little oysters to the pot. It took me a while to walk through that particular footballing nightmare but I came to a conclusion in the end.

Initially I said that I would prefer Sam Allardyce to be our manager because for all his lack of anything that remotely resembles honour, for all the eye-bleeding football and the general negativity he brings, he does at least have a plan, he does at least know what he is doing. Then I remembered that I also know what he is doing and on that basis I would have to go for Steve Bruce. Given a choice between the Walrus and the Carpenter, I’d rather be an oyster. 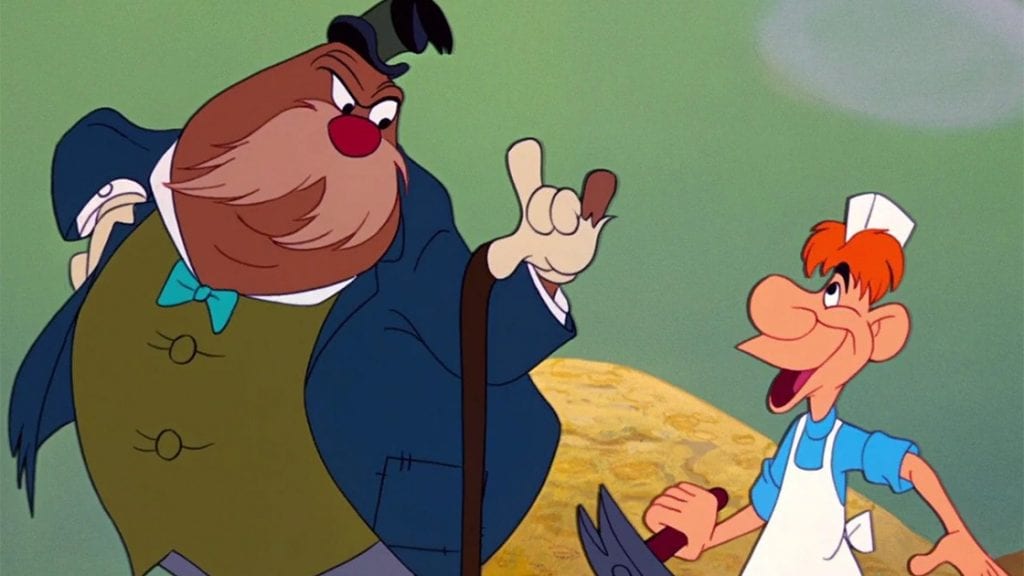 ‘The Walrus and the Carpenter: Of cabbages and kings indeed’

The early second half brought West Brom’s only real chance, Matt Phillips put his shot over the bar when well placed in the penalty area. Perhaps that inspired The Stevolution to make a change. Squad player turned first teamer Jeff Hendrick was replaced, much to his annoyance, after playing for 56 minutes, much to my annoyance.

For the first time NUFC had a striker on the pitch, I know JoeLinton had been playing from the start but everyone seems to have forgotten that he is a £40million striker. Certainly Steve Bruce has, after the match he talked about United’s lack of quality and the investment missing in attack with injured players. Someone please remind him that he sanctioned the purchase of our record signing at a cost of the same as any two of our three missing Musketeers and that the record signing was playing.

The confusion continued in the commentary box as McCoist explained that bringing on Gayle for Hendrick and pushing Willock back meant that there was a change in personnel but not formation, still 4-3-3. He said it twice, just so we understood. But we don’t play 4-3-3, we play a diamond. Steve Bruce told us after the game. That’s why we didn’t play any strikers, didn’t want to mess with the diamond, though we did want to mess with it an hour later. Matt Ritchie apologising for any confusion he had caused by not passing that on to the commentators.

Not that bringing on Gayle changed anything, we still saw two teams defending their way to a point. WBA, with the fewest shots of any PL team this season had a couple more. Dubravka saved from a Diagne header which would probably have been disallowed for a push anyway, the ref gave a goal kick but he would have given a free kick if it had gone in. The Baggies also had a spell of in-swinging corners which was at least interesting. They are relegated now though and they know it. The Walrus couldn’t even be bothered to watch some of the time, instead sitting in his dugout swearing at his players.

For NUFC, a team who had failed to score in seven of their last nine away games, we didn’t expect much more. Willock had a shot saved and JL had a good chance for anyone else, after seventy minutes he did well to create space twelve yards out for a left foot shot. Nice to know he hasn’t got a left foot either.

The game did have one last surprise though. Andy Carroll came on in the 92nd minute for what reason is unclear. We had a goal-kick at the time, it was punted upfield, Carroll wrestled their defender to the ground, spent thirty seconds complaining about the resulting free kick, Albion took it and the ref blew the full time whistle. What was the point of that? Time wasting? If so, the Walrus would have loved that, tipping his hat to the Carpenter. Master and pupil.

What was the point of any of it? It was a must win game for both teams but neither team tried to do so. Ending 0-0, no bookings, no energy or urgency in the game, certainly no entertainment or quality. If the game was decided not on goals but on aimlessly booting the ball out then it would have been awesome, 29-27 to the Baggies.

The real problem was in midfield for both teams. Shelvey was well within his comfort zone, as he will be next season in the Championship, constantly looking for the Hollywood pass but ending up more like a Hollywood Avenue pass, straight into the Ouse Burn. Willock has taken only a month under the tutelage of the Steves to go from a promising, energetic, box to box midfielder to looking like the long lost third Longstaff. Hayden tried but never got anywhere, Hendrick did what he does. Albion were just as bad. Only Okay Yokuslu looked like he knew how to pass. He just didn’t have anyone to pass too.

Both teams defended quite well, the returning Dummett possibly MOTM, Clark alongside him more confident that he didn’t have to cover his full back and should probably share the MOTM award. That confidence spread across the defence, Lascelles continued his upward trajectory and Dubravka was solid, even if his distribution was similar to Shelvey’s.

The Baggies also looked better at the back than they did anywhere else but it would have been interesting if United attacked them with the pace that looked to pay dividends in the first fifteen minutes. Fraser and JL had the run of them early on, why that stopped midway through the first half would be an interesting question for our Head C-word. Whether it was the midfield stopping making those passes or the strikers stopping making those runs, it looked to be NUFC’s best chance of scoring the goals we needed to win and I don’t know why United stopped.

What I do know is, as soon as it gets mentioned, Sam Allardyce will claim he made a tactical change to block it. He is a right c-word as well, a total chancer. As he said after the game:

“We certainly had enough chances to accumulate 12 points in the last few games and not just four. We have been so close yet so far. That is the story of everything.”

It isn’t the story of everything, it isn’t really the story of anything but after the Walrus came the Carpenter, occupying the same fairytale:

“We are disappointed that we didn’t win, whether we did enough to win it, who knows?”

Well I know, I watched it. We didn’t.