I don’t know if it was the horrible game that was our goalless draw against Albion last Sunday, or just a general lack of enthusiasm for televised football, but before Friday night’s Newcastle 1 Aston Villa 1, I was completely bored with Premier League football.

I have always enjoyed the occasion more and preferred to watch football live than on TV, so perhaps I can blame Covid19 for my attitude, me and Steve Bruce singing from the same hymn sheet for once.

Maybe it is NUFC’s part in it all, lacking inspiration and drifting towards relegation, or perhaps escaping by the skin of their teeth to celebrate the achievement.

But I don’t and I don’t. Either way, I was already thinking that once the pubs are open, it doesn’t matter how cold it gets, I’ll be sitting outside them drinking 24/7 and I won’t miss this nonsense one bit.

After a customary but well deserved minute’s silence for past player Glenn Roeder, I was intrigued to see how Newcastle would line up. Dwight Gayle was our only change from the team which was so subdued against WBA. Replacing Jeff Hendrick, I was eager to see if that personnel change would lead to a change in formation.

In the diamond which United play with two wide attackers, it was difficult to see where Gayle would fit in, he hasn’t got the pace to play wide. As it was, Gayle played wide left and Ryan Fraser moved to the head of the four, an experiment surely not to be repeated. Gayle’s only contributions were when he came inside, Fraser looked like a player when he had space in front of him, something he rarely got in a packed midfield.

It was difficult to see why Bruce tried this set-up. I completely understand why he doesn’t want to change the formation and I completely understand why he wants more goalscorers on the pitch. These two things aren’t possible with those players in those positions though, Gayle and Fraser might as well have played as full backs for all the use they are in the positions they played in on Friday. Even switching them over would have made more sense.

‘Goalscoring full back next week son’

The game didn’t really take off until midway through the second half, partly because both teams were very strong in defence. Paul Dummett supposedly told the media this week that he was a “7 out of 10 every week, never better that that.” That’s a bit high for me, hopefully he’ll be grading the kids GCSEs this year…but his return, along with Dubravka’s, has made United more defensively strong, without a doubt. The Slovakian made standard saves from El Ghazi and Trezeguet in the first half but that was all he did to do in the first hour, Villa were fluid without ever looking dangerous.

After 57 minutes came the first sign that the game was going to change but sadly it was Villa who made the running, suggesting that they wanted the win more. Sanson came on, a decent attacking player at Marseille before moving to Villa in January for £15million, Villa possibly and intuitively buying Grealish’s replacement at half the price he would cost if they bought him after Grealish had moved on.

Ten minutes later, Barkley came on as well, Villa were now going for it. Not that they had it all their own way, Willock and Hayden, who both played well despite having to play alongside the wasteful Jonjo Shelvey, had also pushed up for United and it was a decent and open game now, even if the chances didn’t really come. Until the last ten minutes anyway, then we had a glimpse of what might have been if both teams had gone for it from the start. 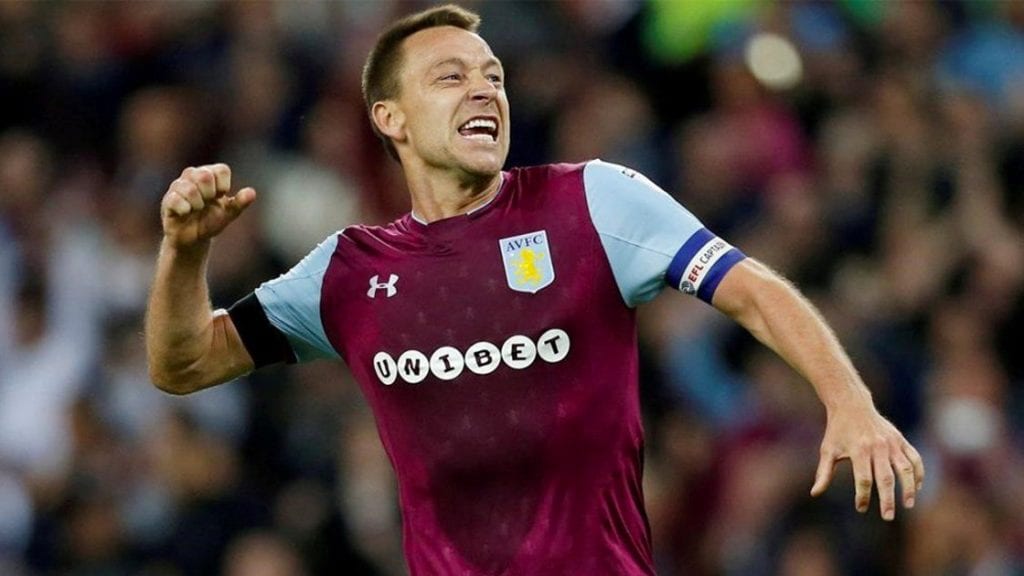 First Jacob Murphy, just on for the ineffective Fraser, hit the bar when well found by Dummett inside the penalty area. He probably should have scored, a missed opportunity compounded by Ollie Watkins lucky goal five minutes later. Fair enough it was a good ball in from Targett, who played well for Villa at left back, capitalising on Manquillo’s rustiness to not get close enough to stop the cross, having just replaced Krafth a couple of minutes before. It was also a nice run from Watkins, like watching Papiss Cisse a few years back, cutting across the back line to flick the ball on at the near post.

Apart from that it was just desperately unlucky that it went in, going wide when deflecting off Ciaran Clark’s knee into the top of the NUFC net possibly via post or bar. Still, fortune favours the brave, as the Toon found out themselves when they brought Andy Carroll on for a final two minute onslaught. Not only a striker on the pitch, one who was going to play up front. Revolutionary.

A potty last few minutes ensued. United threw everyone forward, Dubravka made a save from a forty yard chip from Douglas Luiz, a penalty area crack from Barkley and McGinn and a great save from Watkins which may have been chalked off for offside anyway.

NUFC were more reliant on physicality and that was eventually to pay off. A goalmouth scramble wasn’t turned in by Gayle but the ball went wide and Jacob Murphy crossed for Captain Lascelles to head in. Another bullet from the skipper at a time when United had men in the box, Villa’s defence was at full stretch and a decent ball was put into the box. Andy Carroll showing desire to win the ball back initially but also just by being there occupying the Villa defence. Sometimes that is all it takes.

Villa have fifteen clean sheets this season and it is easy to see why. They are well organised, strong in defence and hard-working in midfield. Without playmakers Grealish and Barkley they are one dimensional but still, the defensive players don’t let that put them off their game. As a unit they are tough to break down, they give nothing away and even without the creativity which those two excellent players bring they are well capable of winning games 1-0 with the dynamic Watkins up front.

It is a bit of a throwback to what United were under Benitez. Without any creative investment NUFC were solid and efficient. When those attacking players were purchased, the Toon were looking like a good team, when they were missing NUFC at least had a plan. Not now though, not under Steve Bruce. Something for everyone to consider when the dust has settled, even if Villa’s financial investment may be out of our league.

‘Our best goalscorer and someone who makes up the numbers’

After the game a big talking point was JoeLinton’s shift. He had the run of Tyrone Mings, who is no mug, and the Brazilian regularly went past or through the England international. In the 13th minute he absolutely skinned the Villa defender and only a cracking penalty area Konsa tackle stopped him from, well, doing whatever it is he was going to do.

His hold up play was good, his first contribution setting up Gayle, who passed to Fraser, whose fierce shot was straight at Villa keeper Martinez as early as the fifth minute. JL was also more of a presence in the penalty area, almost getting on the end of a Gayle cross on the half hour after tangling with a defender. All of the intent was there this week but unfortunately none of the end product was. Twice more in the second half he burst into the Villa penalty area and either crossed or failed to decide what to do and was tackled. True, he had a much better game this weekend, one of his best in a black and white shirt, but without the goals to show for it, that becomes meaningless. He also got a bit of a telling off from the referee for throwing himself on the ground midway through the second half. I hope the message is starting to hit home that he is strong enough and quick enough to be a threat in this league, if he can show the determination. Hopefully that chat with the ref can spur him on. There were lots of times against Villa when JL looked a £40million striker. Unfortunately, there were just as many when he looked like a player making his 60th PL appearance and has only scored three goals in that time. 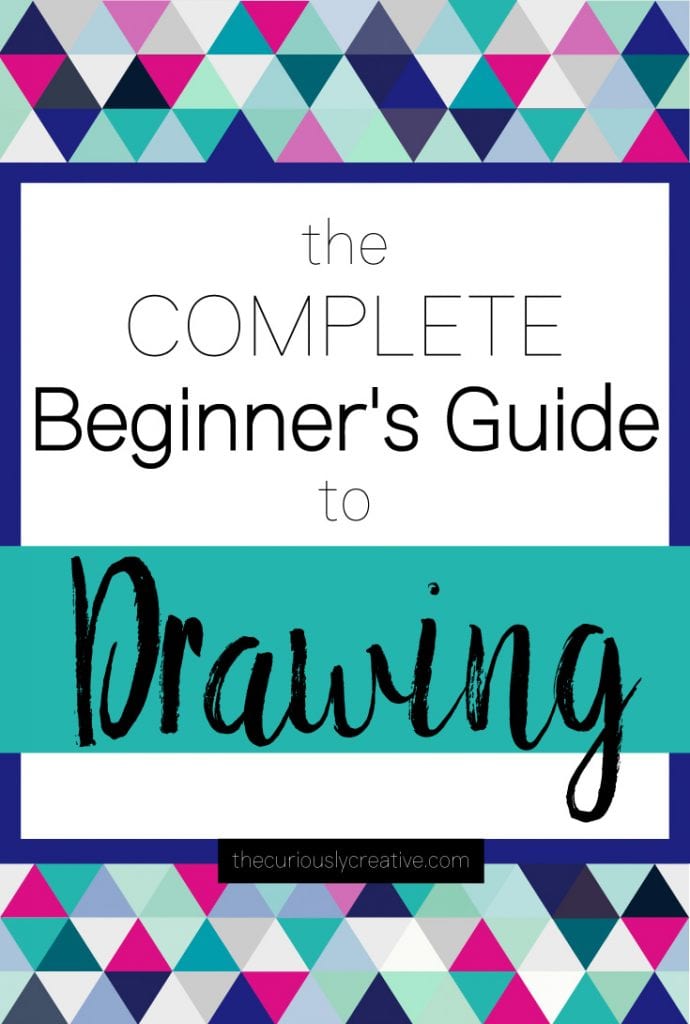 As much as Steve Bruce says it, I still don’t have any faith in his view that an accumulation of points is the way to avoid relegation. Personally, I think wins are the only way to get enough points, with the added bonus that they heap pressure on your competitors. Pressure counts at this stage of the season. Having passed up two golden chances to win matches in the last two games against teams we should have beaten, this felt like another missed opportunity against a functional team completely different without their two best attacking players. As Dean Smith said:

“We didn’t deserve to win the game. It wasn’t a game for the purists, I thought it was a bit of an ugly game. They probably had the best chances but we should see it out.”

True enough. However, I can’t deny that United’s players put a shift in when it mattered, one down with five minutes to go. The manager for once was right:

“That little bit of quality at times is something we talk about but for the effort, the desire and the way they went about their job there was nothing between the two teams.”

Whatever the tactics, whatever my lack of faith in the organisation of the team, at least when we needed to score, we tried and did. For that alone I have some hope.

Shots on target were Villa 5 Newcastle 3

(Steve Bruce 2 wins in 19 now “There is no question, managing Newcastle is always difficult” – Read HERE)