Nuno rues 50,000 Newcastle United fans not there to see ‘thrilling game of football’

The Wolves boss one of the many great characters coming from overseas who have enhanced the game in England.

Overseas managers with different ideas, producing teams that play in varying interesting styles, I also enjoy listening to what Nuno has to say after matches, unlike certain homegrown managers…

Saturday night saw a very decent game, Nuno giving credit to Newcastle United who started the game well and were the better team in the opening 45 minutes.

Though the visiting manager then correctly points out that it was Wolves who then took control and as he says, possibly deserved to win. Only a stunning point blank Dubravka save prevented that, great reflexes as using mainly his shoulder, the Newcastle keeper got the ball onto the bar and safely out of play. 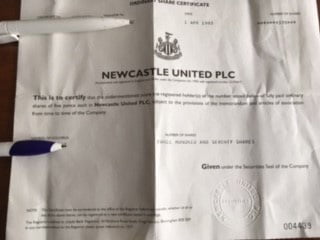 As well as ruing the two points that slipped away, Nuno also regretted another major factor that was missing on Saturday night: ‘It was a thrilling game of football. Too bad St James Park was not full to enjoy it.’

Recent days have brought news as to when some fans might possibly be allowed into Premier League stadiums before the end of the season.

However, the start of the 2021/22 Premier League season is definitely looking very very likely to see fans return, maybe even back to something that is really something like normality, in terms of numbers allowed in stadiums.

Whether Newcastle United are still a Premier League club when the next Premier League season kicks off, still very much hangs in the balance though. A Fulham win at Crystal Palace today will see Steve Bruce’s team only one point above the relegation zone.

Nuno talking to the media after drawing 1-1 at St James Park:

“After that, we were able to control and have good spells of possession of the ball.

“After that, I honestly believe that we got control of the game and managed the game.

“I’m disappointed with the way we conceded but the reaction was good and we finished the game really strongly.

“We could have won it with the chance that we had [in added time].

“However, near the end Newcastle also had a chance in the final moments.

“It was a thrilling game of football.

“Too bad St James Park was not full to enjoy it.”

Nuno also speaking to the official Wolves site after the match:

On a point at Newcastle

“I’m disappointed the way we conceded, the second phase of the set piece, it’s something that we have to look at. Honestly, I felt we were in the game. In the first-half Newcastle started really strong, and created some problems, but I think after the team settled down and controlled the game.

“We played good, had chances, in the last push. Disappointed with the way we conceded, from our point of view, but the reaction of the boys was amazing with the goal, the way they kept playing, searching for the spaces, and achieved a very good goal from Ruben.

“I’m not looking so much at the result, I’m trying to look at the performance. We finished the game really well, with the intention to go and get a win.”

“I’ve seen it (in training), it’s something that he should do more often, sometimes the game doesn’t allow the midfielders to go in the box, but today, after we found wide areas, we were able to put a lot of bodies in the box and fortunately Ruben was there to make a good header.

“It was very important. It was only Willian there, so Ruben got there, so happy for him and let’s try to do it again.”

On coming from behind

“We settled down, after the first period of the game, when Newcastle were really strong, but after we settled down and started playing, had good lines of possession of the ball.

“We unbalanced Newcastle, and created gaps, spaces, finding lines of pockets, Adama [Traore] and Pedro [Neto] did an amazing job, and we had many situations in the box which required better finishing, but we keep on going.”

“That’s what goalkeepers do, they get compliments sometimes, when one player is not so accurate or clinical, but it was a good save from Dubravka.”

“The expectations are always very high because I honestly think we have very talented players, that can do beautiful things. So, our expectation is to reach those high standards, but we have to be aware that the aptitude to do so it here.

“I honestly believe that we will come good with more time, trying to keep this consistency through the games and through the competition.”

On what happens next

“We have to analsye what happened, the situations that happened to us, and we try stabilise the team and give good things because are expectations are high and we demand a lot from our players because they are so talented.”

The Elephant in the room at Newcastle United

Burnley fans with some interesting (and bizarre!) views on Newcastle ahead of today’s game