So Steve Bruce was right all along.

It’s the ‘toxic’ keyboard warrior Newcastle fans who are to blame for our plunge into the relegation fight and it has nothing to do with Stevie.

Who says so? Well none other than the renowned Mail writer Martin Samuel.

The famously unbiased journalist has, this Friday morning, laid out his faultlessly argued and totally logical justification as to why it’s the Newcastle fans, and not Steve Bruce, who are responsible for our slide into oblivion.

In this morning’s article in the Mail, he lauds the achievements of Mick McCarthy at Cardiff. Commenting on his achievement of taking them from 15th in the Championship to now being in the play off positions, following six straight wins, he says:

‘One hopes those Cardiff followers who denigrated McCarthy as a dinosaur and booed him into the job on social media feel just a little embarrassed. They know nothing of the man or his methods.’

‘Football is nothing without fans? Well it depends.

Could McCarthy have turned Cardiff around without a full house of dissent? Probably not.

Would West Ham be fourth given that they lost their opening game of the season at home to Newcastle (heady days, my words not Samuel’s), and were then beaten away at Arsenal? Again, unlikely. The toxic atmosphere at the London Stadium may well have done for them.’

It’s hard not to argue with that.

Online toxicity though from the fans is irrelevant, it seems.

It’s only when the fans get into the stadium and start vocalising their dissent for the manager directly, that it transfers to and becomes an issue for the players. The lack of fans in the grounds has enabled Cardiff and West Ham to flourish, despite the online trolling from fans.

In typical logical style…Samuel then says:

‘Still, credit to Newcastle, because even without fans inside St James’ Park a mood of pessimism and disapproval, particularly when results weren’t bad, has helped to suck the confidence from Steve Bruce’s team.’

I’m not sure that the logic is quite so apparent to me.

So despite toxic ‘keyboard warrior’ fans, the absence of fans in the Stadia has meant that Cardiff and West Ham are successful because they can, presumably play with confidence. However, Newcastle’ players, despite not having a hostile fan base in the ground to erode their confidence, are affected terribly by the on line ‘warriors’?

So which is it Martin? 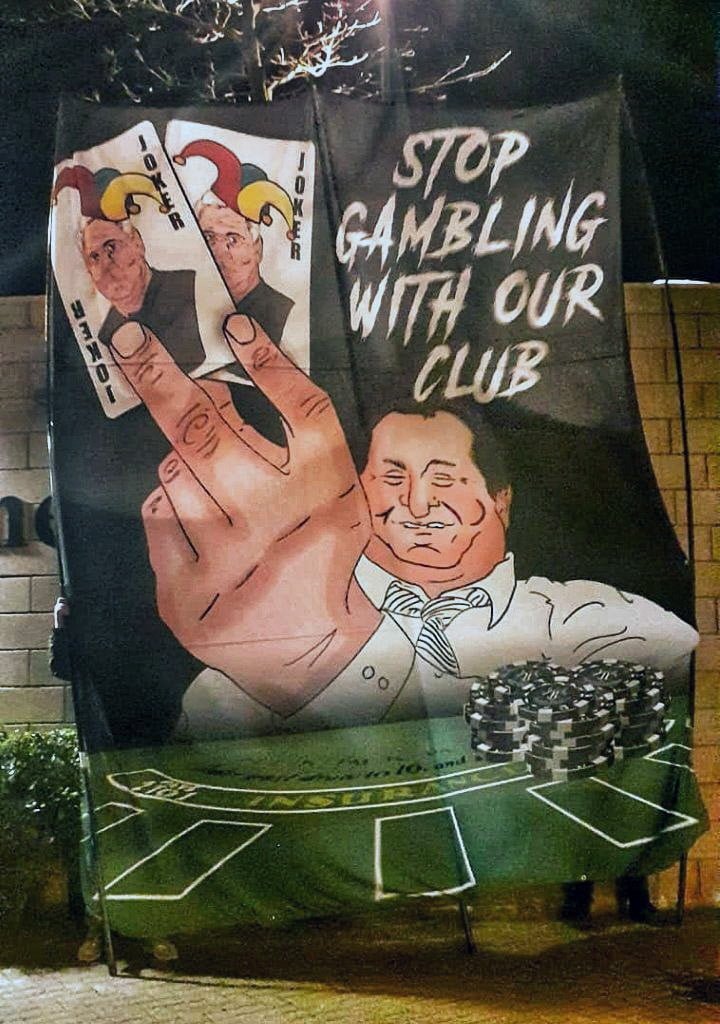 You surely can’t adjust the logic to suit your argument can you?

Either disgruntled fans complaining on social media affects results, or it doesn’t. Likewise, fans in the grounds.

Hang on though, isn’t Martin Samuel one of Mike Ashley’s tame journos and probably drinking buddy as well? I don’t know for sure but I have read suggestions in the past that that’s the case.

Samuel, goes on to write, about Newcastle fans:

‘Now they are in the relegation battle so eagerly anticipated (that’s right, we willed this on ourselves -my words again).

So yes, it is hoped football has learned the importance of fans during the lockdown.

Equally, some fans may have learned the value of not having a foot on the throat of the manager and his team all the time. It’s hard to breath that way.’

So there it is, the crux of the matter.

No, you’ve guessed it folks, it’s because of you and me, the Newcastle fans, that we are sh.te.