We have all been in a position where our job isn’t as easy as it once was, where whatever we do the days just seem to get harder or things happen which generally shouldn’t.

It’s not always easy to put your finger on why things aren’t going your way, sometimes trying harder and doing the obvious things or the things that worked last time make no difference.

Sometimes they make things worse and you just have to accept that it just isn’t working out and you need to move on. Then there is BruceyVision. A world where nothing is as it seems.

It seems like every time Newcastle play they have a new formation.

Although BT advertised a 5-3-2 this was never that, something approaching a 4-4-1-1 looked like the way the players had decided to play. Hayden was again playing right back, why no one knows, with Jacob Murphy at right midfield and Lewis and Almiron on the left. Ryan Fraser was presumed to be giving Wilson support but it was a first half where that just meant that Fraser and Wilson did a bizarre “two man press” while the rest of the team hung back watching.

Not that it seemed to bother anyone on the field but it was just one of the reasons why Leeds had the run of the park, went in 1-0 up at the break and should have made better of the possession and attacking positions they found themselves in.

United did have an early shot, from the unbelievably slow and demotivated Shelvey who summed up United’s half with his own completely disinterested amble around. Even summariser Steve Mcmananananaman couldn’t contain his ire when Shelvey bleezed a 31st minute free kick into Leazes Park. As Shelvey set the free kick up, the Scouser told us that “we know how Leeds set up with a high line, Newcastle will know this, lets see what they have worked on.” Now we know, nothing, too busy not answering questions in press conferences.

Not that Leeds were much better. Their 17th minute goal was started when Murphy was easily robbed on the halfway line and Leeds were able to move quickly forward uncontested, overhit a pass, collect it inside the area, read the paper, make the tea and then square the ball to the irksome but exciting Raphinha to side-foot easily into the bottom corner completely unchallenged.

It was awful defending all round by Newcastle. Not that I want to pick on Shelvey particularly, this goal wasn’t his fault but why not eh? If you watch the entire goal from Murphy receiving the ball, losing it, Leeds going forward, scoring and celebrating the goal, not once does Shelvey appear in any of the camera angles. Where was he? In the first half, nowhere. 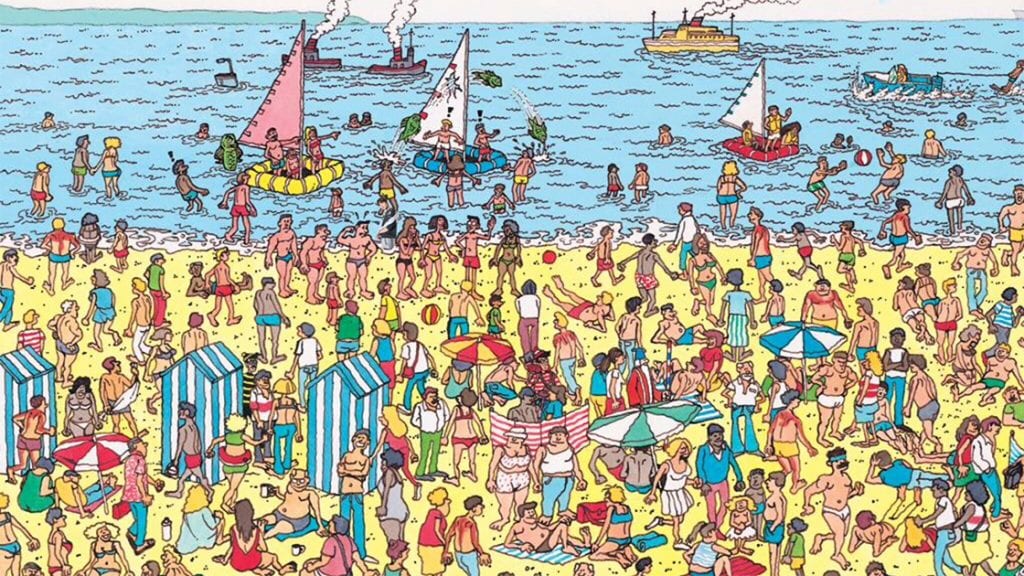 The rest of the half just drifted on. Leeds had loads of possession but apart from Raphinha hitting the post from an impossible angle, they just looked in control and not quite at their best. United did have a shot, which Fraser put over the bar and a decent cross from the Scot which Murphy almost finished at the back post. What more do we expect from a team which averages one shot on target in the first half so far this season? It was hardly exciting, the only shot on target in the half went in and was the difference between the sides at the break. It was only memorable for all the top knots, there were more buns on show than the last series of Love Island. 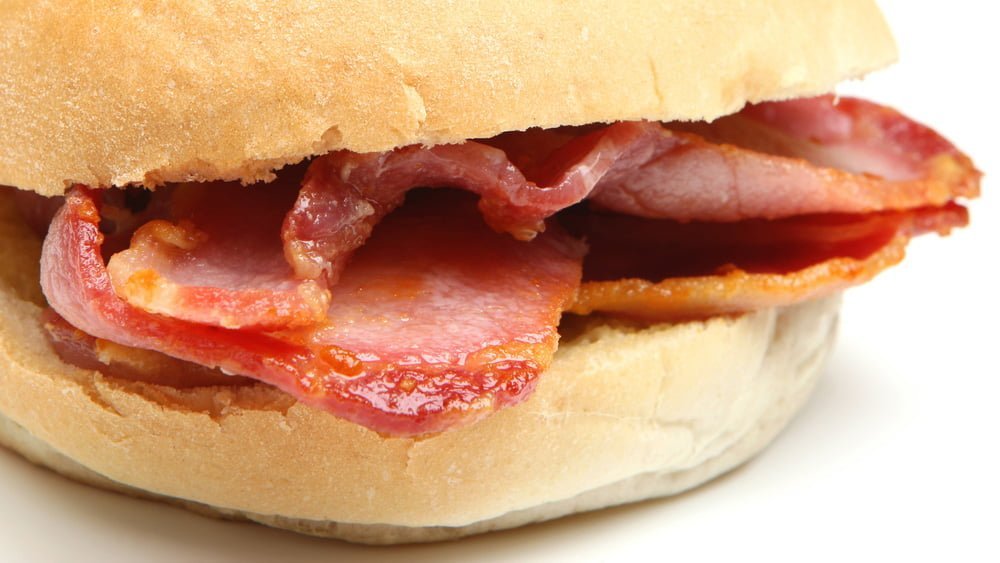 ‘The only bun for BruceyVision’

The second half was immediately better. United looked up for it and went almost Keegan on us, Leeds were up for that too. There was no one tackling in midfield, no one defending crosses, both teams decided that it was time to score goals. There were too many chances to mention, even in a couple of two-minute spells both teams could have scored twice each.

Around the 51st minute, Murphy shot wide, Almiron shot straight at the keeper and Lascelles headed wide when he should have scored, all in a couple of minutes, how exciting. Five minutes later it was 1-1, United’s defence was now much further upfield and winning the ball back in areas where the previously redundant Shelvey could actually do something. They did and he did, playing in Wilson who’s lovely first touch set Almiron in ten yards out and the goal gaping. He almost missed but he didn’t. One of United’s best goals of the season.

The lead didn’t last long but to be fair to Leeds, they had almost as many chances as NUFC did. The equaliser was again partly down to Jacob Murphy who had failed to track Harrison’s run in the left hand side of the box and could only watch as the brought down a floated pass and curled it beautifully across Darlow and just inside the far post.

Other chances came and went for both teams. Before the two second half goals, Dallas could have scored when through on goal but Darlow saved after the midfielder was just about fairly tackled as he shot, the ball ricocheting back to him and he punched it into the net. Later a Raphinha cross almost snuck in as it ran across the six-yard box and Darlow also had to save from a goalbound Schar header which deflected off substitute Gayle.

For United, with Maxi terrorising the Leeds defence and Gayle on to partner Wilson the chances kept coming. Lascelles headed onto the bar, Shelvey headed straight at Leeds keeper, Lewis should have scored from inside the area when played in by Maxi and Schar became Philippe Albert and strode forward at will to shoot. It wasn’t enough, the equaliser wouldn’t come and time ran out, Leeds taking the points back to Yorkshire.

‘Now that is a haircut Fabian’

Marcelo Bielsa said after the game that “after the Harrison goal, there were 20 minutes where Newcastle could have drawn the game” but again Leeds showed what an entertaining and committed unit they are who like to attack. They are a team who play consistently the same way, uses the space the opposition affords to good use and have no fear going forward. That is something which BruceyVision often fails to mention in his narratives. I haven’t seen Jamal Lewis have a good game for ages now but it can’t help a young player to be constantly playing in a different formation, with a different player ahead of him each week, or sometimes no one at all. One of Leeds’ strengths seems to be that they all know the plan and the plan never changes. Play football, score goals. With BruceyVision the plan changes every week. If there even is one.

The contrast between the teams in the first half was massive, less so in the second half. I’m not talking about confidence or tactics here, just that Leeds are a busy, inventive and creative team and Newcastle are usually not. At half time I thought that there’s not much Bruce can do with this lot. The players have obviously given up now. If his half time rant was something along the lines of “if you want me to keep my job then go out and show it” then maybe he has a chance, because the players did. Bruce must know now that if the players do support him, they are one of his last sets of supporters.

His friends in the game seem to be deserting him and backtracking from previous positions of backing. The BBC sort of stuck up for him post-match, saying that a wink should be tipped in his direction for the tweaks he made at half time. If that is true, it is only true that having witnessed the most gutless half of a gutless run in a gutless season, Bruce thought he should change it. I suppose on that level I would deserve a wink if I had consistently run out of petrol while I was driving and then one day remembered to fill up before I broke down. That’s the level of praise Bruce is getting now, praised for the bleedin’ obvious.

The club hierarchy are publicly backing him but have also seemingly lost faith in him and his cronies. Why else would they bring a new coach in without his say-so? Graeme Jones is totally welcome at SJP, though I don’t know anything about him, but I do know that the players we have very obviously haven’t been coached at all for the last eighteen months.

About the appointment Bruce said: “He is vastly experienced and I could tell speaking to him that he is hugely passionate about the club and very keen to join us.” Which all sounds like the club have brought Jones in and Bruce, having never really met him had no say in it. I don’t know of a decent Head Coach at any club who would allow that to happen, to have a coach they have never worked with forced upon them. It is almost like the club have said that Bruce doesn’t know what he is doing and this is the cheapest way to fix the problem. And it sounds like Bruce agrees.

It doesn’t take a footballing genius to know that Bruce has now completely lost the supporters. Unfortunately for him everything he says is now fact-checked and shown to be rubbish. I’m not going down that route myself but I have been a Newcastle United supporter for a long time now, long enough to know that once the manager’s relationship with the fans has got that low, there is no coming back.

Whether it quickly turns into a general hopelessness as it did with McClaren or a continual haranguing like it did Pardew, the end result is the same. Whether Bruce ever had the backing of a substantial part of the fanbase is an open question, he has few supporters now though and as the press are starting to realise, an empty SJP is in his favour rather than his detriment.

So our eleventh game without a win ended with as many questions as answers. Questions Bielsa was happy to brush over having gained the three points and thus the right to not look too deeply into it all:

“To score is always important in any game. Today Harrison managed to unbalance the game in our favour. For us, it was a game that we needed to win. It was very difficult, but we managed to do it.”

After the match NUFC Head Coach Graeme Jones was unavailable for comment but the bloke who makes his tea from now on said:

“If those two stay well (Maxi and Fraser) and Almiron stays well, then hopefully we have a front three that will create enough to hopefully get us where we want to be.”

Which is fourth bottom in BruceyVision. I presume he thinks he can still play ten defenders as well.

Don’t boo our players when they take the knee

Kenny Dalglish – Bad luck rather than bad judgement that saw him fail at Newcastle United?

Newcastle United drifting towards disaster – Doing nothing is not an option

At half time, the Sky Sports Producers were having a laugh at Newcastle fans once more