Laurent Robert is one of my very favourite players and that Arsenal 1 Newcastle 3 match exactly 19 years ago today, perfectly sums him up.

With him on one side of the pitch and Nobby Solano on the other, I personally don’t think we have had a better pair of wingers in my supporting lifetime.

I still can’t believe how many arguments I used to have about the Frenchman.

A vocal minority just wanted to talk about him not tracking back at times.

The goals he scored and created just blow that argument away for me.

I have never seen anybody take better free-kicks than Robert, nor hit the ball so hard. 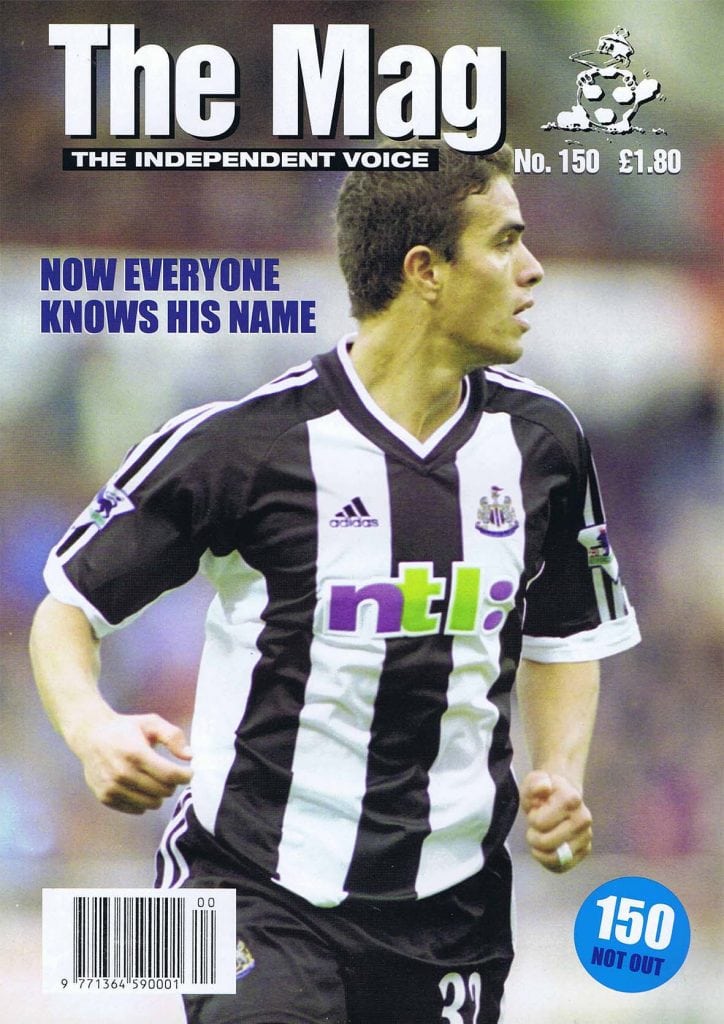 Some good quotes (see below) from Laurent Robert  about about THAT game back on 18 December 2001.

We went to Highbury midweek and Laurent Robert turned the game for us, winning the penalty and then a superb solo effort to finish them off.

Then on the Saturday Nobby Solano scored the last minute goal that beat Leeds 4-3 and ensured Newcastle were top of the Premier League at Christmas 2001.

Laurent Robert talking to the official NUFC site back in March 2019 about that game back in 2002 at Highbury, the winger talking just ahead of Newcastle losing 2-0 at the Emirates:

“At this time, Arsenal was a very, very big game, a very big team.

“They had a lot of French players in the team and when you played against the French guys, you needed to prove yourself. I didn’t start the game and when I came to play, we were losing 1-0 but we attacked, we got a lot of the ball and we had a chance.

“When we scored, we continued to put some pressure on and we scored two goals after. It’s a good, good memory. In football, you work hard every day in training and we had good confidence in the coach, Bobby Robson. It was a pleasure to play like this.

“I had two great managers in my life: Sir Bobby Robson and Michel Mézy at Montpellier, but Sir Bobby was the best for me. 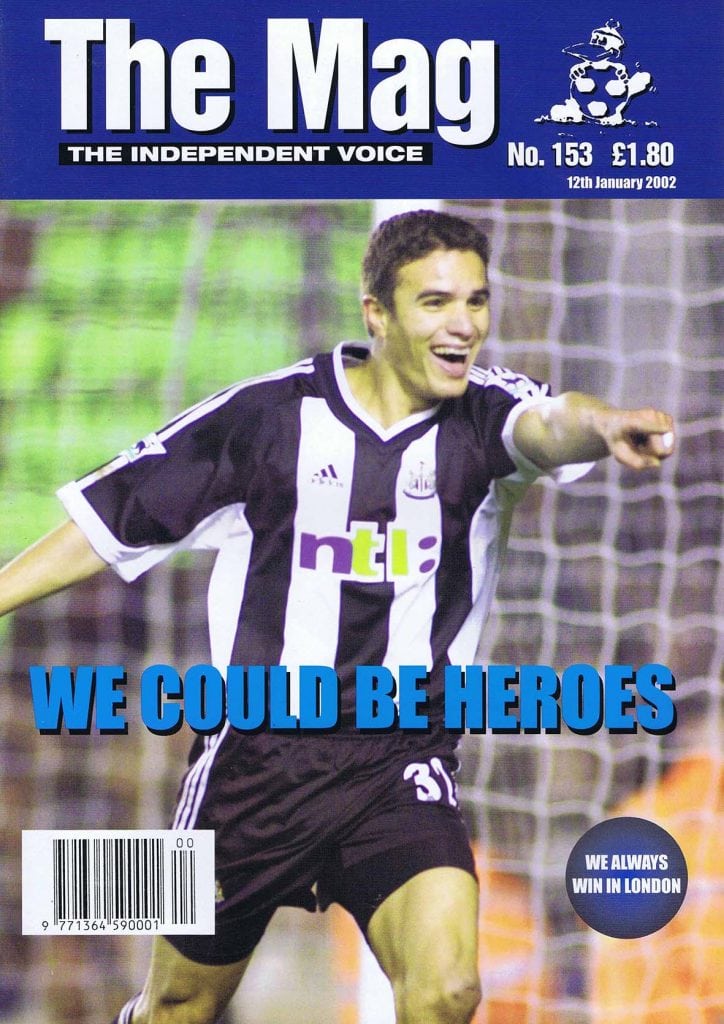 “We had many, many, many talks and he gave me confidence. When you have the confidence of the manager, you can… I don’t know in English; Légère, the Army… you can fight for him.

“For me, when we played against the big teams like Arsenal, we played to win.

To win every week. We would walk out and you would never know.

“Against Arsenal, and the teams like this, there is not as much pressure. When you play against Man United, it’s the same; Liverpool too. And when you have Alan Shearer in your team, Bellamy, Kieron Dyer, Nikos Dabizas, Gary Speed, Shay Given in goal… we knew we could beat anybody. In this moment, Newcastle was very strong.

“At St. James’ Park, in England they are the best fans.

“When I played there, I didn’t feel any pressure – I just wanted to prove to everybody that we could win, to prove we were the best team in England.

“I came to Newcastle for that. I wanted to play in the top six and we had a team for that but we had a small group, when players were injured. We finished fourth, which was good (United would end the 2002/03 season in third place and come fifth the year after that), but it was difficult to stay on the top because we needed a bigger group.

“We had good players, the team was very good, but for me I wanted more. But my four years at Newcastle is, I think, the best moment for me in England in my career.

“I wanted to stay at Newcastle but the manager (Graeme Souness) didn’t want me to stay. But for me, I stayed there for four years with my family and have good memories. The fans loved me and I loved them too.

“I know, and I think all the fans know, I wanted to stay in Newcastle to finish my career here, but I couldn’t. 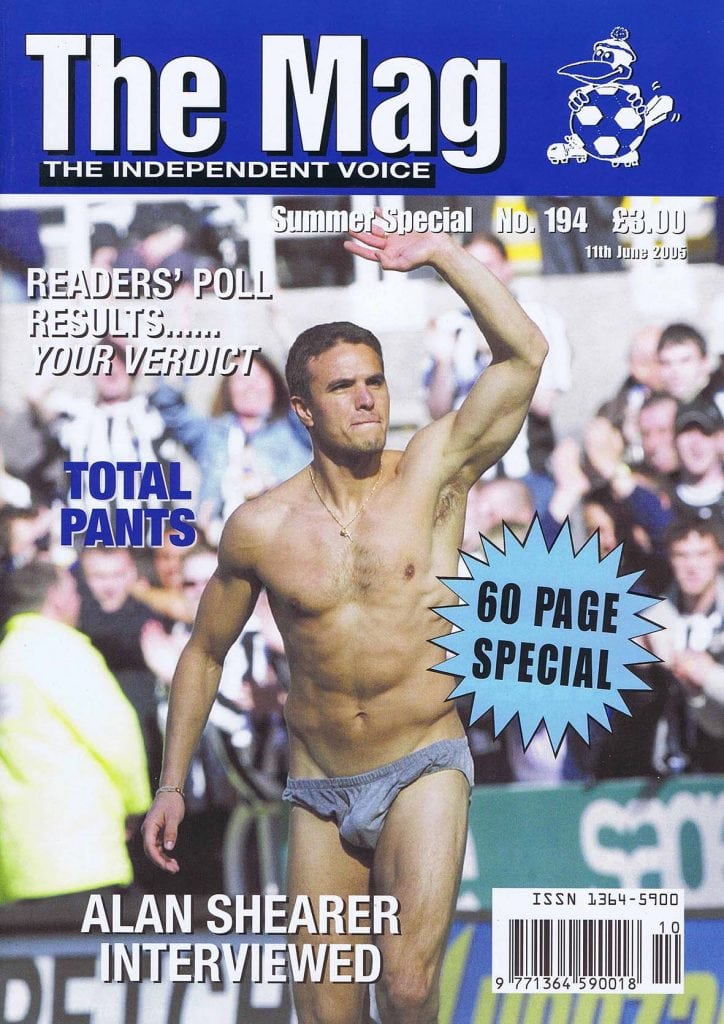 “Sometimes you want to prove something to everybody, to work hard and sometimes the ref… it’s like this, football…now when I talk with my players I tell them to stay concentrated and stay in the game, that’s it.

“Every time, I look on my phone for their (Newcastle’s) results.

“I know this season has been difficult for us, and last season too, but the manager is good and sometimes I know the team has played good but you need luck.

“On Monday, I will watch the game (against Arsenal).

“You can have a good surprise because when the team play away, you can play on the counter-attack. And I know this season, when Newcastle haven’t got too much pressure, they can provide some surprises.”

The Elephant in the room at Newcastle United

Burnley fans with some interesting (and bizarre!) views on Newcastle ahead of today’s game

How has Steve Bruce got to own this total reliance on Allan Saint-Maximin as a positive???