For all Newcastle United got beat last night, it was the best game I have seen this season…

I have always enjoyed playing Leeds. Games against them have always meant something both off and on the pitch and are usually worth watching.

I was too young to see the Dirty Leeds team of the 70s but I was old enough to be chased by them both home and away all the way through the 1980s as the teams clashed on and off the pitch.

In the 90s and the early part of the 00s both teams were better, usually very good, and the games became thrilling with good players on both sides.

In May 2009, I was in Leeds for a Specials gig when NUFC were relegated on the same day. Deep in the bowels of rotten ownership, bad management and a seemingly endless points punishment scheme like a forerunner to Tier 3 (they were in a sort of Tier 3), the Leeds fans I spoke too were very complimentary about Newcastle. They were all sympathetic, positive about NUFC getting through it, getting better ownership, being stronger and eventually the two clubs locking horns again.

So I was pleased that it happened, albeit eleven years later. And it is over eleven years (January 2009) since Steve Bruce has managed a team which won three games on the trot in the Premier League. What could possibly go wrong?

It was a game of, well, varying degrees of ability. If the early moments looked like Steve Bruce’s side had caught another team at the right time with Leeds low on confidence and a shaky back line not helped with right back Ayling playing centre back, it certainly didn’t affect Leeds going forward. Crisp and inventive, they didn’t look like a team who were being more conservative after a winless run.

With a lot of possession, good attacking players like Rodrigo and Raphinha and a style not scared of trying things, Leeds started to create good chances. Amongst other chances Rodrigo fired over, Darlow saved from Cooper and Raphinha and Klich both should have done better with shots. For United, missing their entire set of first half goal scorers this season (Maxi and Miggy), it looked like a case of hanging on.

‘That’s how you keep the ball’

Not so, after 26 minutes it became obvious why Leeds weren’t top of the league. Excellent going forward, their shakiness at the back had already seen Ciaran Clark stroll forward like Franz Beckenbauer. Not to be outdone, the always threatening Ryan Fraser crossed from the left, Wilson flicked on and Jeff Hendrick scored his second goal in black and white from a few yards.

It didn’t inspire Newcastle. It looked more like it gave Leeds extra spring in their step. Ten minutes and what looked like ten chances later, Bamford followed up a rebound from the crossbar and equalised as Jacob Murphy watched. United made it to half time without further losses, though Sean Longstaff gave the ball away close to his own penalty area and Raphinha shot wide, which should really have been a warning heeded by the youngster. Unfortunately, it wasn’t.

A Callum Wilson penalty appeal apart, Leeds were good value for a 61st minute header by Rodrigo to put them 2-1 up. A ball played into Wilson’s feet was partly intercepted by Liam Cooper, the other part, somewhere between 99% and 100% of him intercepting the back of Callum Wilson’s legs. Contact was established, United got a goal kick. That’s how long it took to decide that because it wasn’t Mo Salah who had been touched in the area, it wasn’t a penalty.

At 2-1, the commentator said without a hint of irony that Leeds famously can’t keep leads. He was right. Ciaran Clark equalised with a header from a corner and United were on top. After the game Steve Bruce said: “I thought we looked a threat when we equalised,” failing to establish what he thought about the other 75 minutes. Copying the weekend’s substitutions, on came Gayle for JoeLinton, who had one of those days when he might as well have not been playing. A tired looking Ryan Fraser was replaced by a disinterested looking Almiron and two minutes later it was 3-2, Sean Longstaff giving the ball away and his team-mates standing around watching as Dallas headed in.

‘Darlow does Dallas. Or vice-versa.’

As United chased the game in the sort of fashion which suggested they had never chased a game before, Longstaff again lost the ball, the entire Leeds team counter-attacked and the impressive Alioski hammered in. Two minutes later it was all over, the best goal of the game, Harrison belting in a beauty from 25 yards to make it 5-2. For once it wasn’t the Toon who had found their late legs, they had lost at Elland Road for the first time this century.

I will admit to sneakily enjoying the game. I like watching attacking football and up to now Newcastle had slotted seamlessly into the groove set last season, a lack of creativity, ambition and general excitement replaced with a steady accumulation of enough points to stay afloat. Functional but hardly inspiring. Whoever NUFC had played up to this point had either sleep-walked to defeat or done enough to win without breaking sweat. With a run of games against ‘lesser’ opposition, The Steves have moved to a rough 4-4-2 formation and this has led to more attacking play and more goals all round, two Toon goals in each of the last three games and hadn’t affected the goals against column too much. Until last night. Leeds are a different animal to a Palace team missing Zaha, whilst West Bromwich Albion, who if they thought they were in trouble before, yesterday found that there is a Fat Sam shaped toilet waiting for them to be flushed into.

Leeds were impressive. Marcelo Bielsa is a coach with a huge reputation for both attacking and intense football teams and instinctive and unpredictable management style. A sort of Argentine Kevin Keegan, the sort of manager who would never be able to work for Mike Ashley. I can remember when he was at Bilbao, a journalist asked him a question in a press conference and his answer lasted two hours. No one left during the answer, Bielsa had total control of the room as he reeled off his encyclopaedia of tactics and instincts. I can’t imagine Steve Bruce keeping anyone interested for more than two minutes, never mind anyone else, his own mind would wander unless the question had been about bacon.

What Bielsa has done elsewhere he has done at Leeds. Quick, strong running combined with creative football. Those who embrace it become much better, young midfielders Phillips and Harrison now internationals, Patrick Bamford, previously on the Brian Deane Journeyman Highway now looks like a decent PL striker. That Leeds are creative all over the pitch often makes them vulnerable when losing the ball in critical defensive areas, as they did many times last night, but that doesn’t put them off, their object is to score goals and it is good to watch. Having creative players like Rodrigo and Raphinha helps, both are excellent players and if they can improve defensively over the next year or two then they will be a very interesting team to keep an eye on. If Bielsa stays of course. He could have left by the time I have finished writing this. 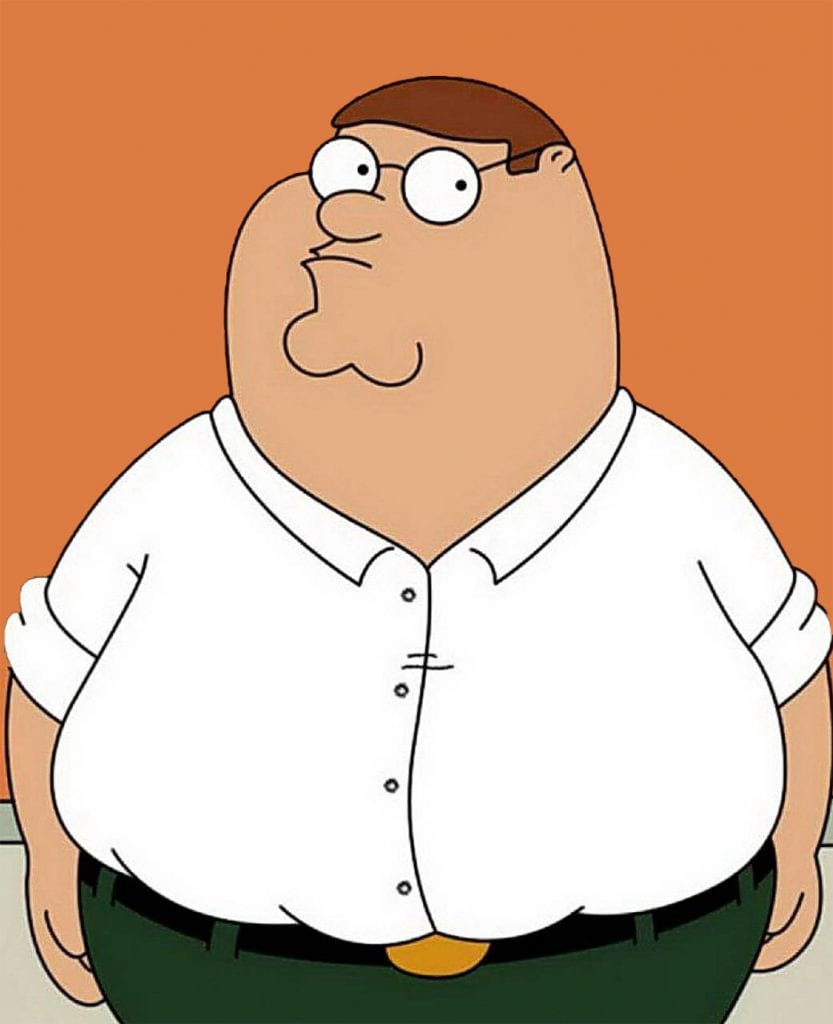 ‘Marcelo Bielsa: do all PL managers look like Peter Griffin?’

As for Newcastle, the cause wasn’t helped by many players being off colour. It doesn’t really matter what the tactics or formation are if players turn in the sort of performances that Longstaff, Lewis and Joelinton did, the normally reliable Fernandez and Hayden not doing much better.

I did enjoy the continuation of 4-4-2 ish and thought the United threat was there, even if the possession and shot count didn’t climb anywhere near that of those in white. Defensively the team were all at sea at the end but they were chasing the game by then. Before that, Longstaff’s multiple errors were obvious but if good teams who win games do the extra yards that makes the difference, Murphy failing to follow up with Bamford for the first goal and our midfield failing to track Dallas for the third.

Bruce laughingly describing it as “something you see on a park on a Sunday” says as much about his training ground work and the team mentality as it does about the individual. No one is under any pressure at the club. It looks like the mantra of “this is what we are and it will do” filters from the top down through the management to the players. Let’s hope someone can coach or shout the “park” out of them. Either that or it is back to an 11-man defence.

For all NUFC got beat last night, it was the best game I have seen this season. Best NUFC football game anyway, Bayern Munich’s 3-3 draw last weekend with RB Leipzig was like watching a different sport. United have enough points in the bag already to be sure of another season plodding along in the middle of the league so I just want to see some goals along the way. A Mag article asked this week, do we want to be entertained or to win? Well both ideally but if that isn’t possible, how about alternating between the two. The Covid-19 affected Stevolution obviously doesn’t agree:

“We can’t make those mistakes we’ve made here. At the wrong time we’ve given away poor goals, not defended well enough and got punished. It’s unacceptable.”

If only there was someone who could do something about it eh Steve?

Has Michael Owen got this right about Fulham and Newcastle United?