A month ago, my eldest son Elliot decided to make use of his furlough time by trying to raise £500 for the Alzheimer’s Society in memory of his grandad (see original ‘Everton, dementia and running’ article HERE).

All three generations in our family being Newcastle United fans obviously.

Elliot finished his run last weekend and was presented with a home made cake by his sister Katie. 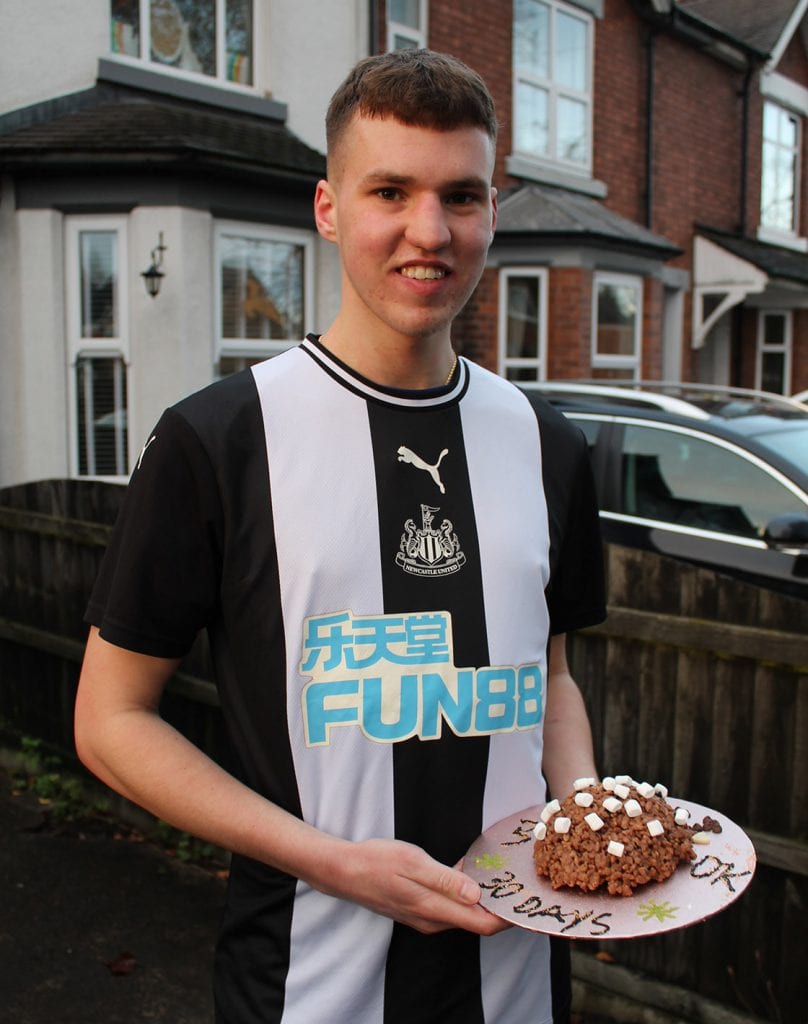 I just wanted to share a few photos with you all and to say thank you to those who either took the time to read about the society, or sponsored Elliot, or wished him good luck along the way.

Elliot found the challenge quite difficult but he managed to finish it. His biggest challenge was to keep his running varied in terms of distance and terrain to avoid muscle injuries and mental fatigue.

He had a few friends and family members run with him and he says that really helped.

My main job was to advise him when to rest – something I have been doing expertly for the past 10 years since I gave up triathlon!

I also provided him with a spreadsheet showing him his running totals/targets etc. I did run with him or “slow him down” as he put it a couple of times too. 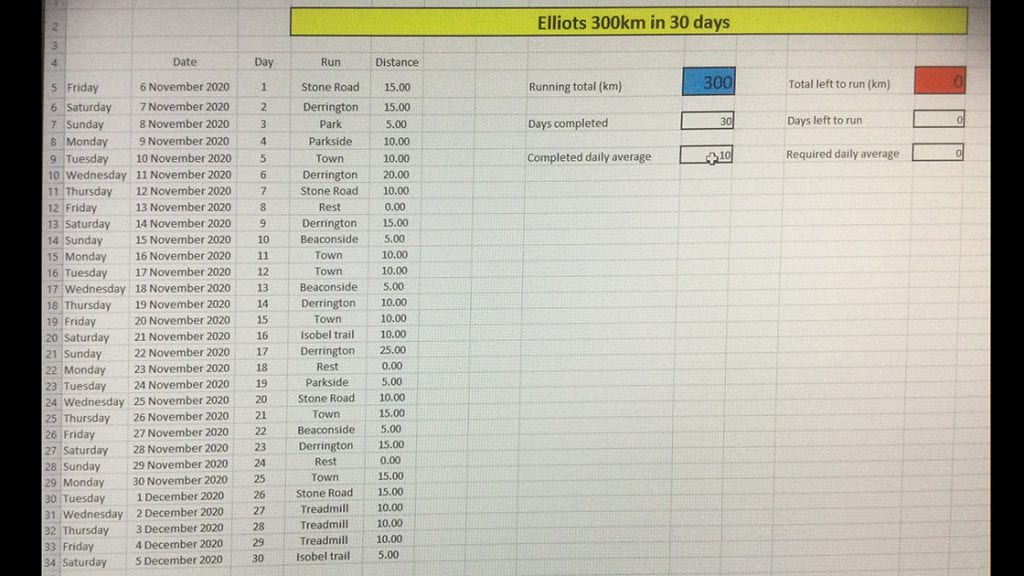 Anyway, thank you to the people who took the time to read the previous article, to those who were in a position to sponsor Elliot and to those who encouraged him.

The money will go towards helping the people who suffer from the disease and also supporting the families who support their loved ones through incredibly difficult times.

(ED: if you would like to add anything to the fundraising, you can still donate here – www.justgiving.com/fundraising/runningihavemyownplace2020-elliotwade)

Which 11 players would you pick in your Newcastle team v Arsenal? Please vote now