Consistency. Steve Bruce mentioned it after the game and he was not talking about cakes, he was regretting Newcastle United’s lack of it.

To me, United have been relatively consistent.

As I write this Newcastle United to go into an international break with three wins, two draws and three defeats to their name this PL season.

Though not matching up game for game, they also have three decent performances, two ok ones and three awful ones. That is pretty much how it has been for a long time, for every good performance there is at least one bad one and one indifferent one.

After a seemingly endless run of finishing 13th in the PL it is probable that United will also be 13th in the league come Sunday night. So when he talks about consistency, what does he mean? United have looked consistent to me.

NUFC’s last two matches have also been consistent affairs, a poor first half against supposedly better opposition followed by creditable second half performances and results. Southampton was different, largely because Southampton were different. Right from the off the Saints were an expansive and attacking team, free of over-bearing rigidity and complicated tactics. A simple 4-4-2, straight lines, work hard, press everything and play quick, often one-touch direct football.

From the 7th minute Southampton were ahead against a sleeping United. Darlow saved and the ball was cleared to the edge of the box where Almiron tried a trick or two, lost out to Walcott, then Adams volleyed in the cross over our startled keeper. It was a goal riddled with mistakes in black and white and the sort of a goal which a team that creates so little can barely afford.

The goal also led to the sort of finger injury which threatened Marcelino’s career but now that we have the invention of sticky tape, Walcott returned to further torment our defence. He was more bandage than man by the time he went off. He is one of those players who we should buy just to stop him playing against us.

The goal didn’t raise United from their slumbers. As Southampton’s players managed to exist in the spaces between our 3, 5 and 2 like cloaked Klingon Birds of Prey ,they found unlimited gaps. That led to unlimited shots from Adams, Walcott and Armstrong. United took nearly 20 minutes to wake up. Wilson’s sloppy pass lost a decent position, Lascelles headed over and Longstaff put another header straight at keeper McCarthy when he should have scored.

This brightening of the skies either coincided with or was caused by Maxi waking up. For about 15 minutes he threatened to come to life but that fire was dampened by a Romeu scythe which earned the Catalan a booking. Romeu didn’t seem bothered, he knew the job was done, he knew there would be no more Maxi in this game after that.

The chances kept coming for the Saints, Walcott should have scored after a lovely flick from Djenepo. Half-time brought no relief from the agony, adding insult to injury Alan Pardew was giving us the Frank Drebin guide to half-time team talks, “Looks like the cows have come home to roost.” 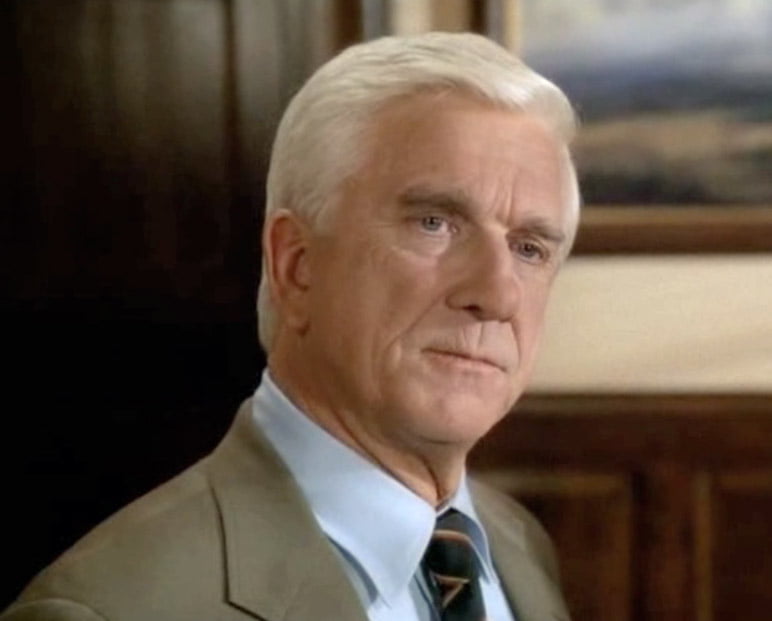 ‘What would Frank Do? Headbutt someone?’

The second half started as the first had ended, an endless time loop of the Toon giving the ball away, Southampton working their way forward, missing a chance and repeat. Darlow was equal to those on target including a superb tip onto the bar from a Romeu raker but Southampton should have at least doubled if not tripled their lead.

On the hour Matty L came on for Hendrick, a passenger on the day, but the more ginger brother was unable to make a difference. His only contribution was to put a hopeless pass twenty yards too far in front of Callum Wilson which caused the striker to pull his hamstring in pointless pursuit.

There were more Darlow saves and near misses including a tremendous tackle by Captain Lascelles to stop Walcott in his tracks as he bore down on goal. It looked like a penalty but the referee gave nothing. VAR looked at it, said it wasn’t a penalty, confirmed that the world is flat and swore President Trump in for a second term.

After 77 minutes Steve Bruce threw in the towel, sorry, rolled the dice. Carroll and Joelinton came on for the injured Wilson and the unlucky Murphy, who hadn’t got forward much but had still been one of United’s best players. Schar moved to right back as NUFC went to 4 at the back. The substitutes hadn’t even had time to have absolutely no effect on the game when Sean Longstaff did what Almiron had done in the first few minutes, dallied on the ball on the edge of the penalty area, lost it and Armstrong put Southampton 2-0 with a left foot strike across Darlow into the bottom corner. Anyone watching United regularly knows that one goal is never enough. But two always is.

Joelinton did find the energy for an excellent header on goal from the edge of the penalty area but typical of United’s day, the previously unrequired McCarthy made a cracking save. That was that.

There is much to admire about Southampton’s all action, busy style and their tough looking boss Ralph Hasenhuttl. He obviously works hard on their confidence, they haven’t let a couple of utter batterings affect their motivation to play good, simple football. It has worked, this win sent them top of the league. They were fit, worked hard, pressed United for the full game and stuck to their task with professionalism. They look like they spend time on their set-pieces too, one corner they had seven men attacking in and around the penalty area and never seemed outmuscled in either box despite being a relatively small team. Again, that looked down to be being well organised and working hard. Their set-pieces were precise and they rarely let United get crosses into the box.

Not that that was difficult, this was down there with NUFC’s worst performances of the season. As a team United failed to do the basics and individually no one played well, even MOTM Darlow made a few mistakes along with a couple of fine saves.

The defence looked ragged, perhaps because the 3-5-2 formation ludicrously had Miggy as one of the 3 midfielders. He shouldn’t be getting caught in possession on the edge of our penalty area because he shouldn’t be anywhere near our penalty area. Again too deep and again when he pushed forward, him and Maxi just got in each others way.

As for the “hard to manage” Maxi, get him wide, get him up the pitch, keep giving the ball in attacking position where it isn’t so dangerous if he gives it away. Longstaff and Hendrick in midfield and Wilson up front were anonymous, except when Longstaff gave the ball away for the second goal.

Despite NUFC’s poor performance, it would have been interesting to see how the game would have panned out if United hadn’t gifted the opposition two goals. I know Southampton had loads of other chances but they didn’t score any. The defeat was still preventable if completely merited.

One thing that was definitely preventable was the lack of any sort of a plan. Tactically the team has fallen back to a 3 at the back which the manager seemed determined to discard. The 3-5-2 in this game was hopelessly inadequate. There was no outlet when United had the ball and were being routinely and expertly pressed into giving it away. When NUFC tried the same thing it was either never a complete press, only undertaken by two or three players, or when everyone did wake up and press, they were always two yards off their man. Either way, any attempt United took to put pressure on the ball was a waste of time. If Steve Bruce does want to do that as part of his game management, he just needs to look at the way Southampton did it for a blueprint.

The losing manager said after the game:

“From six minutes in we gifted them the first goal then it was a difficult night all round. That’s my biggest issue – that we go up and down. It was a poor, poor performance.”

Perhaps. Everywhere else he has been it has started to go down and down by now. We will see if he can reverse that trend. As for Southampton, hopefully Bruce has watched this game again and will see how easily one team can exploit the space that another leaves, Ralph Hasenhuttl:

“Earlier, we could have closed the game, earlier. That was definitely possible. The way we played through lines was fantastic to watch.”

Southampton, well they are Flying Without Ings.

Where is Lee Charnley?