Newcastle United v Chelsea has always been a game I have looked forward too and I came into the game with some optimism.

Chelsea were without some fine players: Thiago Silva, Havertz and Pulisic all missing for the Blues and a squad assembled having travelled back from across the world for the dreaded 12:30 Saturday lunchtime kick off at a cold SJP.

Newcastle had also had some problems in preparation, Callum Wilson had not been considered after failing to recover from a hamstring injury suffered at Southampton but caused by carrying the whole attack for the early part of the season.

After a lot of thought, Steve Bruce decided to go with none up front. JoeLinton came in. Miggy Almiron was missing too, another blow to an already toothless Toon. His amateurish agent having signed him up for I’m A Decent Footballer … Get Me Out of Here.

Having dominated last season’s Newcastle v Chelsea fixture for the last 75 seconds, United continued where they left off and dominated the first 75 seconds of this encounter.

That domination only lasted until Manquillo got the ball for the first time, within the blink of an eye Karl Darlow was finger-tipping the ball round the post from a Timo Werner shot and that continued for most of the rest of the match. Both Chelsea’s ease in creating chances and Manquillo giving the ball away until being subbed at 0-2. If he was a horse, they would have put a tent around him and put him down instead of taking him off.

Darlow made another fine save after Tammy Abrahams had headed the impressive Ziyech’s cross goalwards but the first goal was on its way. The normally steady Fernandez missing a routine right-footed clearance inside his own six-yard box and the ball ricocheted into the net from his left. Hard on Fernandez, one of United’s best performers this season, but it was a truly awful piece of defending.

As Chelsea continued to press forward and create chances the only change in the first half an hour was that I turned the BT commentary off. It is hard enough to watch Newcastle in these sorts of circumstances, worse when listening to the incessant nonsense of punditry and trainspotting statistics of commentary.

Next match I’m going to watch the pictures of the football with the audio of Family Guy playing over the top. Or just watch Family Guy, Peter Griffin does look a bit like a fat Frank Lampard. 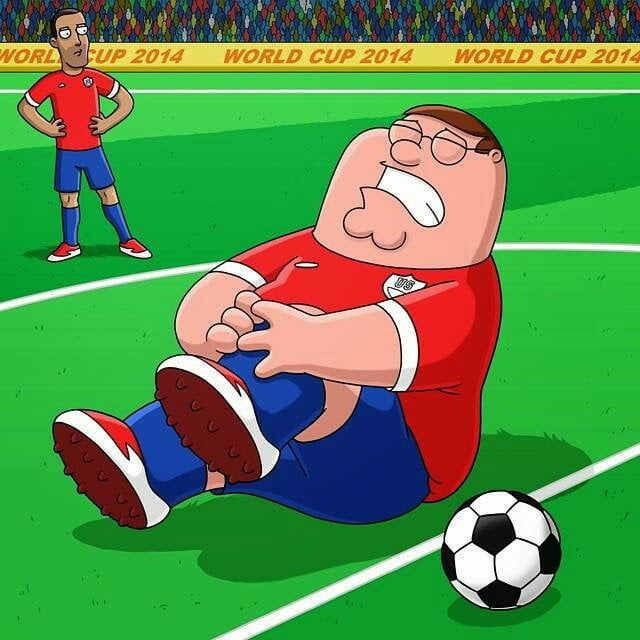 The game continued as it had been. With no Toon pressure on the ball, the only time Chelsea lost it was when they tried to score, the Blues could easily have just kept the ball for the remainder of the half and it looked like only one team wouldn’t have been happy with that. And it wasn’t Newcastle.

After 21 minutes United got a throw-in. Something to build on. Unfortunately, the opportunity got away.

As the half wore on, Chelsea lost concentration. United won the ball in midfield, JL saw the Chelsea keeper off his line and shot. Too bored to pick it up, Mendy allowed the ball to trickle out for a goal kick. It wasn’t the most embarrassing moment of the half, neither was the 30th minute free kick United were given 45 yards from the Chelsea goal where no one knew what to do and after a  five minute discussion the centre backs went forward and the ball was played square.

The most embarrassing moment was when the stat flashed up that NUFC had had 19% possession in the first half up to that point. Most of that was Karl Darlow retrieving the ball when Timo Werner had missed a sitter.

Either side of half time NUFC were better. Sort of. An attack after 32 minutes, then a shot after 35, then a corner which led to another chance, a Chelsea one, Ziyech firing over. As the half petered out Hayden and Murphy both picked up bookings for nothing and Manquillo lost his 100% record of giving the ball away every time he got it, successfully completing a five yard pass to Lascelles who by then had given up and was pretending to be injured. He looked to the bench, so did the camera, it looked like it had panned to the stunt doubles for the cast of Sons of Anarchy. Whoever they were, they weren’t rushing to get on. 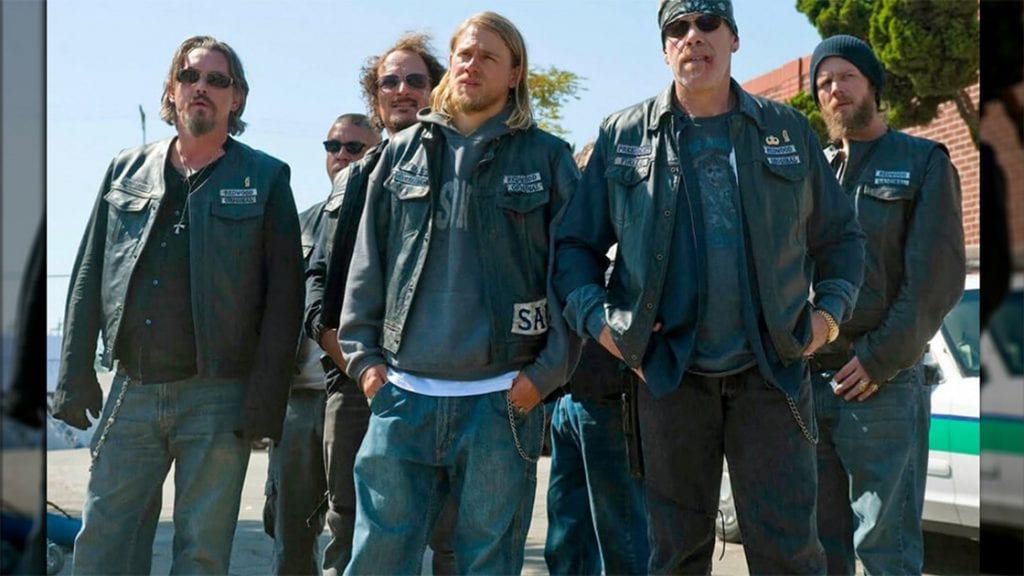 Schar did come on for Lascelles, who didn’t even last one second of the second half in a substitution which Steve Bruce later described as ‘bizarre’. Not for the obvious reason, not bizarre because Bruce continued to stick to a plan and formation which was getting his team absolutely creamed, but because it was a slightly different injury. Bizarre indeed.

Werner again let United off the hook, passing poorly when through on goal when he should have scored but it would have disappointing because this was United’s “best part of the match” according to Bruce. And he was right, comparatively speaking. During this time we had two off target shots and Chelsea should only have scored once. Reason for optimism? No. As United prepared to take Manquillo off, Chelsea sensed that maybe it was time to put the game to bed and they did. Werner sprinted past a static defence to put Abraham in and that was that. 0-2.

Almiron came on straight after the goal and became easily our best outfield player immediately, just by keeping the ball and then passing to a team-mate, then a beautiful dummy fooling the Chelsea defence but JL was offside. He hadn’t moved since kick off.

In the first half. Our second best outfield player, Sean Longstaff, hit the bar with an absolute raker. Almiron had a shot saved and on lumbered Andy Carroll for a last charge which never came because no one crossed the ball to him. That’s the ticket, play to your strengths. He did have a chance though, his 92nd minute shot deflected wide. Chelsea had a few chances too including a goal chalked off for offside but they didn’t need it. As we have said before, one goal is rarely enough against United, two always is.

It is easy to be critical of Steve Bruce after this game. He may think that “there will always be grumblings” every time United lose but he isn’t making it easy for himself. Newcastle were clueless in this game. It is one thing to not play too openly and risk a thrashing, it is another thing to get everyone behind the ball and that to be it, the end of the plan. Under Jose Mourinho Real Madrid consistently beat Barca with less than 30% possession. In the UK, Leicester won the league playing defensively sound counter-attacking football. The key is being defensively sound and counter-attacking. United were neither on Saturday.

I have given up trying to understand exactly what United do during the week on the training pitch. The system and tactics seem to get more unimpressive every week and I have often said that I believe that Steve Bruce is making the job harder for himself by trying to copy what Rafa did or change the team too much.

On Saturday United were advertised as lining up as a 5-2-3 but it was very plainly a 5-4-1 right from the off. Within that 5-4-1, defensively if Maxi’s main job was to assist Lewis in containing the likes of Ziyech and James then that was plainly stupid. Better to have Murphy or Hendrick doing that job because Maxi wasn’t up for it or up to it.

As for the attack, if you haven’t got one you are not going to win. After all, if you are making a Christmas Dinner and you haven’t got a turkey, but you have got a chicken, then you might as well do it with a chicken than trying to make a Lasagne with some parsnips, yorkshire puddings and cranberry sauce. Especially if you don’t know how to make a Lasagne and even if the only chicken you have is JoeLinton.

‘How’s the chicken did you say?’

However, it is relevant that the opposition are very good and that more even games against Palace, Villa, Fulham, WBA and Leeds are on the horizon.

It is difficult to know what to make of Chelsea because they weren’t put under any pressure at all. It is easy to see them being in top three this season but games against their main competition will probably be key, losing at home to Liverpool was the sort of result they will need to prevent if they want to be genuine challengers.

It is easy to say that they should challenge after spending £220 million in the close season and owner Roman Abramovich putting 250million of his own pounds into the club the year before that. To do that would ignore that they raised a lot of money through players sales and have an academy which consistently brings players through into the first team. Both strategies which United have always said they are trying to put into practice.

Whatever Chelsea are and wherever they finish this season, they have some good players, plenty of fight in them and played very well on Saturday.

Manager Frank Lampard echoed the Southampton boss two weeks ago when he said:

“We could have scored more goals – that was a frustration – but generally the lads dealt with it very well. It’s a hugely important win.”

As for the Steves:

“I’m frustrated because we can’t get a result, I make no excuses but we’ve played three of the top six in the last few weeks.”

At the moment, every team is in the top six after they play us.