There are certain moments that stand out in my life.

Days and events that are truly special, that I will hopefully always be able to remember.

One such moment occurred on 29 March 2002 when Newcastle welcomed Everton to St James Park and the Gallowgate welcomed three generations of my family together for the first time – me, my dad Bill and my eldest son Elliot, who was nearly four at the time.

Anybody who was at the game that was played that Good Friday will certainly remember it as more than just ‘good’ as we won 6-2 in a great game.

In addition to the win, it was great to sit shoulder to shoulder with Elliot and my dad.

Another defining moment for me was when the fourth goal went in and we all stood up to celebrate. I had Elliot in my arms but he started struggling. I put him down, wondering what was up, only to see him stand up on his own, arms fully aloft in the air, just like his dad, just like my dad. Elliot had come of age!

Fast forward a couple of years and my dad’s visits to SJP ended as Alzheimer’s made the journey from the midlands impossible for him. His only link with football were the visits from us when my mum would tell him “the little footballer” was coming to visit. He no longer knew Elliot’s name but he knew he loved him to visit and recreate scenes from SJP in the back garden. 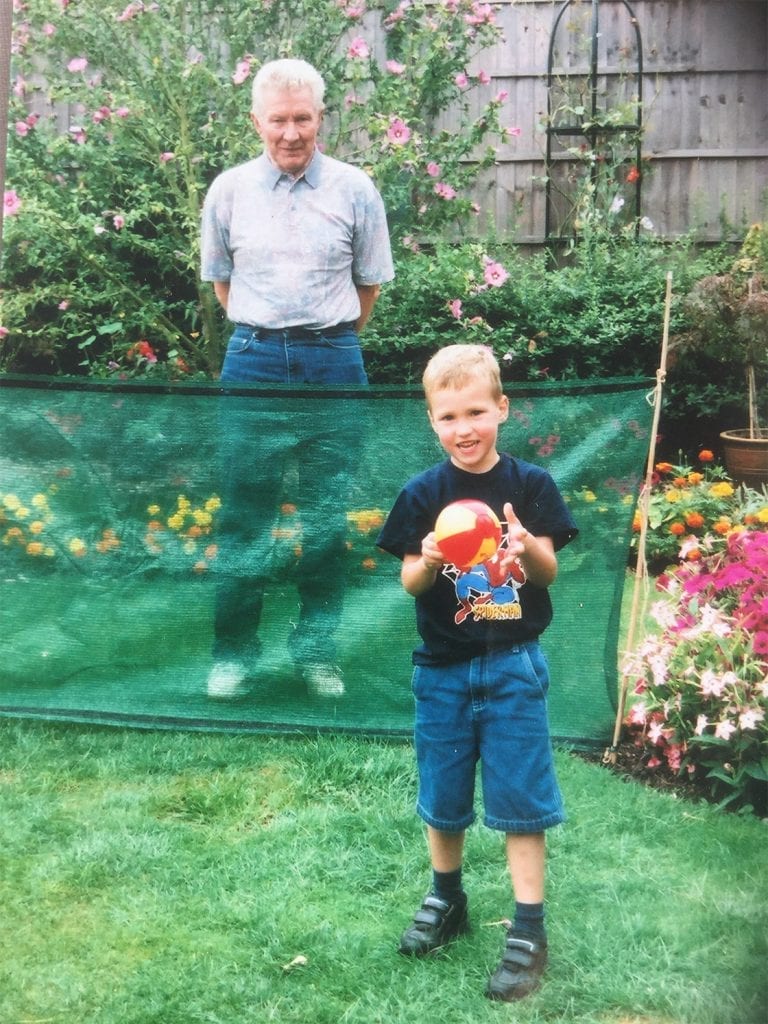 My dad lost the unwinnable battle with Alzheimer’s a few years later. One less supporter of his and our club, but his memory lives on, along with his passion for NUFC.

Despite living in the midlands my kids are all Newcastle supporters and have clocked up a lot of games over the passing years. My daughter does not go so much but her middle name is “Shearer”, so she won’t stray from the cause.

So now it’s 2020 and Elliot is furloughed for a month.

I wasn’t sure what he would do with his time but to his credit he has decided to challenge himself and run 300km in 30 days. That’s about 186 miles to most of us, or 6 miles a day. He is trying to raise awareness and some money for the Alzheimers Society.

Our personal battle is over but Elliot wanted to do something good in his grandad’s memory and help other people.

Elliot has set up a just giving page and also a link on his facebook page. He has said he doesn’t expect everyone to be putting their hand in their pocket in such difficult times but maybe people could spare some time to read about the illness, or even typing a comment encouraging him would be great.

Thanks for reading this.

His facebook page is under the name of Elliot Wade

I have a confession to make about Adam Armstrong