“It was the best of times, it was the worst of times.” Charles Dickens wrote that. He wasn’t writing about Newcastle United but he could well have been.

He could have been talking about the two Newcastle Uniteds, all too often the one we have now – defensive, workmanlike and dull, the other the one we all want – attacking, creative and entertaining.

Then there is the 2-0 victory over Crystal Palace, somewhere in between.

A work in progress?

A reaction to the last two games disappointment?

The start of a new era of passionate football?

Moving towards the best of times or the worst of times?

The Toon reverted to a back four as they had in previous wins over West Ham and Burnley. Two of our three previous league wins this season, not that I’m trying to make it sound obvious or anything. Is it that simple? Possibly not.

With two strikers, the returning Callum Wilson and the not-really-a-striker JoeLinton, it also looked like United were going to play more on the front foot. Steve Bruce had already said during the week that he couldn’t do that against good teams, they would just carve his team open, so we knew that Crystal Palace must be rubbish. Steve’s words not mine. Once the 4-4-2 team was announced, it was obvious Newcastle would win a la 1995.

Immediately, NUFC looked comfortable with a back four, Ciaran Clark was never exposed and has done well in his two games back from injury. Fernandez was equally unruffled, a stupid booking after 16 minutes gave me a bad feeling that he wasn’t going to last the game but as seems the norm in modern football, getting a defender booked after 16 minutes seems to mean that you leave him alone for the rest of the game. Or maybe Palace didn’t have the players to run at him. Either way, defensively United were sound.

Still, the Toon rested once again heavily on the shoulders of Karl Darlow. The keeper saved well from Eze after 24 minutes and Schlupp after 28 when Callum Wilson, struggling with the level of entertainment, put the former Leicester full back through on goal. The saves continued in the second half, as did the chances. After 51 minutes a Cahill header from a corner, which seemed Palace’s best chance of a goal, a set piece with their defenders in our box. In open play, I never thought United were going to concede, the chances kept coming without ever looking like being converted, Ayew missed, van Aanholt wasted a well- placed free kick.

United equally had chances. Wilson missed a header after NUFC’s first bit of quality attacking, while Shelvey and Ritchie could both have done better with well placed free kicks. JoeLinton missed most of the chances, he could have doubled his career tally so far. The Brazilian (is he really?) put an 8th minute shot out of the ground like a Chris Waddle pelanty, missed a 17th minute header which he really should have got on target, then shot powerfully straight at the keeper Guaita after 19 minutes. Worse was to come, he again shot straight at the keeper after gifted an opportunity by Scott Dann inside the area just before half time and failed to connect to a cross later on which made his manager silently swear. His time would come though. “Nothing that we do, is done in vain. I believe, with all my soul, that we shall see triumph.” 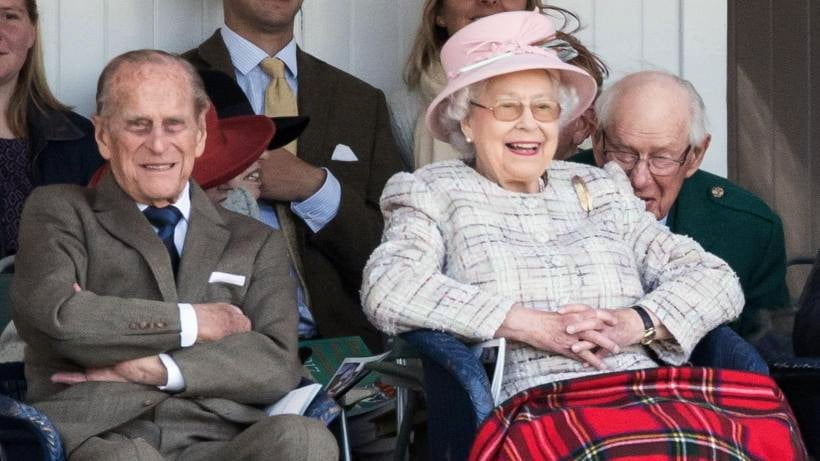 The game opened up with just over twenty minutes to go as substitutions were made. Newcastle’s more workmanlike, chef Gordon Ramsay coming on for Almiron who was again duff but full of effort. Palace also went like-for-like, replacing Ayew with Benteke but then later bringing on Batshuayi and going for it. Both Palace substitutes were highly praised strikers by the pundits but their goalscoring record over the past few years suggests why they were on the bench, I still couldn’t see them scoring. What the substitutions did mean was that while Palace were trying to win it, United could remain solid and leave Wilson and JL up front to see what they could do. Well they could score twice. JoeLinton set up Wilson to side-foot through the Palace keeper’s legs, then Wilson set up JoeLinton to, well, score, somehow. Game over.

‘Who put the ball in the Palace net? JoeLinton, JoeLinton’

Overall, it was two fairly cagey teams who looked to be heading for a 0-0 draw until the latter part of the game when Palace went for it and paid the price, picked off professionally by NUFC’s attackers who took advantage of the extra space. What went before that wasn’t dull, there were chances for both sides and enough saves by goalkeepers to keep me interested.

The pundits I heard on Amazon Prime described it as Palace being the better team and Darlow keeping the Toon in it. Not to me, it was pretty even, both sides had enough to think they could win it but neither side had enough confidence to go for it. Palace, missing their main attacking threat Zaha and the engine room in the midfield Milivojevic were understandably hesitant, Newcastle playing 4-4-2 more aggressive and on the front foot than the last few games without being entirely convincing. It wasn’t brilliant, but it was ok. It was lower mid-table PL football on Amazon Prime. “We’ll start to forget a place once we left it.” Indeed we will Charles.

A timely win then for United and Bruce though, a regular occurrence these days. They always seem to pull something out of the bag when they most need it, not a bad trait to have. On Friday everyone did their bit, a six out of ten across the team with the keeper and two central defenders a little better than that.

In central midfield, it makes a difference having two players who can pass the ball, which isn’t a criticism of Hayden, a different sort of player who rarely lets the team down these days. Up front, Wilson played like a proper centre forward and at least had some support from JoeLinton. Dickens waded in to JL debate with: “I am sure that he is capable of good things, gentle things, even magnanimous things.” The Steves said less elegantly:

“In Joe’s case, the price tag and number nine shirt meant he struggled at times. But the kid wants to do well. He had a lot of opportunities tonight but we are starting to see him now with his strength.”

Well he can say that after the last few minutes when the number 9 made a difference. Had his goal been saved or even trickled somewhere else it might have been different but personally I don’t think it is his “strength” that makes a difference, it’s more his position. He was ok on Friday, lucky to still be on the field by the time the goals came, probably because there was no one else to bring on. But he was certainly more involved and I hope his goal does help him to move towards the player he supposedly can be. We have said before that a number 10 is where he looks most comfortable and is most involved. Which again raises the question of formation and tactics.

The Stevolution will probably see this as vindication of his post-Chelsea words of wanting to play four at the back but not being able to week-in week-out but games like this make me more suspicious. Wanting to play on the front foot but having everyone behind the ball can still be done, if he genuinely wants to play a back four then he should. If he wants more men behind the ball, he can move Hayden in between Shelvey and Longstaff and have Hendrick and Ritchie out wide, rather than more flair players. That to me is far less disruption to a team pattern than moving to a back five, particularly because the central defenders are our most experienced and commanding figures, including the Captain. They will never let the team move further up the pitch. On the pitch what they say goes, if there are loads of them and they want to sit tight, which all defenders do, then who is going to argue with them. If he genuinely wants to play on the front foot, we need less defenders, midfielders who can pass the ball and more help up top for Wilson.

“It is a far, far better thing that I do, than I have ever done.” That’s pretty much what Steve Bruce needs to do.

Whatever I, you, or he thinks he has done in the past as a Manager, what he needs to do now has to be much better than that. Him and Roy Hodgson might have nearly two thousand managerial games between them but they don’t have much to show for it. You can make stats say anything, but you can’t make winning very little in that time say much more than that. Unless you are Dickens: “There is prodigious strength in sorrow and despair.” We should know. 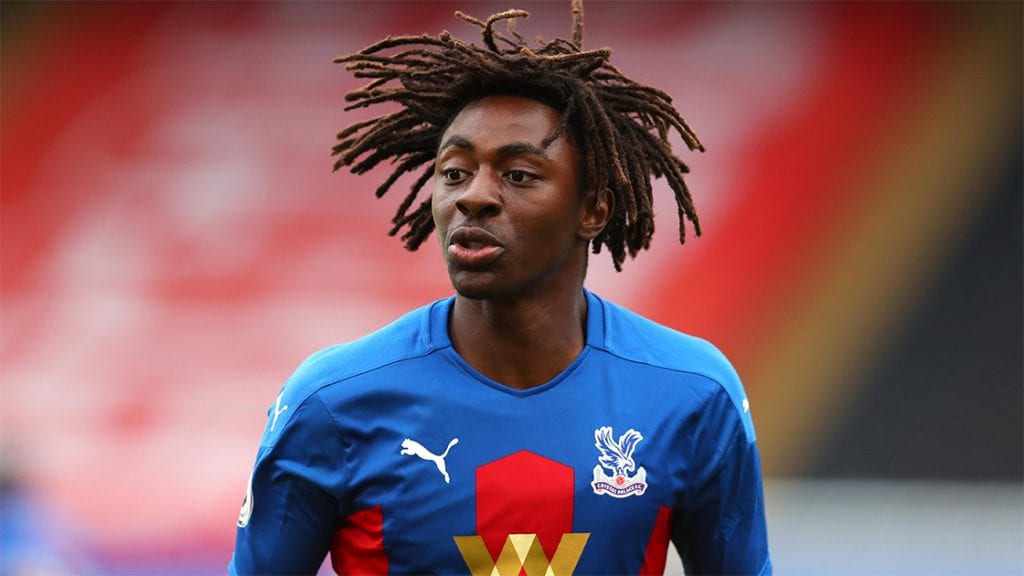 ‘For Palace Everything Starts with an Eze’

Crystal Palace looked a lot like Newcastle and I am not just talking about the dugouts, which looked like an episode of Last of the Summer Wine. Poor old Roy Hodgson, it took him all of his energy to do the one-minute clap for Diego Maradona.

At times on the bench he looked like he was wondering, “how did it come to this?” But like NUFC without Wilson, Palace had no attack without Zaha, in the last 17 games they have played without Wilfred they have lost 15. You could tell, the team looked hesitant to commit men forward until the cavalry came on and then they looked toothless, apart from young midfielder Eze. Palace should be comfortably safe from any relegation worries but they look like a team going nowhere fast, neither up nor down, the sort of club Mike Ashley dreams of. Before the game Roy Hodgson said:

“I’ve had two years of listening to people tell us we don’t score enough goals and we don’t have enough goalscorers. There are goals in the team, we do have players who can score and who will score.”

Afterwards, having forgotten his pre-match bants he said:

“I would credit the whole Newcastle team. The keeper played his part but I think it is too simplistic to say we didn’t win because of their goalkeeper. We didn’t create enough.”

He’ll be sick of saying that by the end of the season if this match is anything to go by. As for The Stevolution, Bruce can’t feel under any pressure. He has a job for life as long as NUFC are at arms length to the bottom three and Ashley is still there for him to kneel in front of when requested. He could at least smile more when he is doing his “dream job.” He was full of jokes when he first arrived, now his press conferences are straight out of Curb Your Enthusiasm.

After victory he said:

“Both teams find it difficult to score a goal and we were looking for that little bit of quality. We weren’t clinical enough and I thought it was going to cost us but then we got it for the goals.”

Come on Steve, big it all up! At the very least this week United got as far as not being clinical enough.