After a crazy weekend of Premier League football, looking back to St James Park on Saturday, it was reassuring to see that some things don’t change.

When the fixtures come out mid-summer, the Burnley home game is probably the last fixture that gets my blood flowing and so it came to pass, that the North West team brought their A game to Newcastle.

They are what they have been for the last few years. Physically strong, good in the air, simple tactics and potentially effective despite being the least ball-friendly team in the league.

That is not a criticism of The Clarets, well no more than a criticism that could similarly be levelled at NUFC, Sheffield United and a few others. Every club cuts its suit according to its cloth. Not every team can spend £200million every summer.

In many ways it was the perfect game for Steve Bruce after a week spent ranting to the media and fending off a bashing when his team had drawn at Spurs and got through to the last eight in the Carabao Cup. No tactics needed applying in this match, just stand strong as a team, defend the ball into the box like your life depends on it and let your attacking players run at the Burnley back line.

There were no flying right-wing backs to contend with, no change in formation required. Just play 4-4-2, let everyone do the job they know, defend well and score at least one goal more than them.

The game started with United a little hesitant, an early McNeil shot saved by Darlow and then a tame header from the resulting corner. It was to prove a one-off as the Burnley defence developed the shakes that didn’t shift all game.

The first sign of the Boumsongs was when Callum Wilson nearly intercepted a Nick Pope clearance that spooned out for a goal-kick and that was a constant theme of the match, long balls over the top turning the Burnley defence and a goalkeeper who had been told he was replacing Jordan Pickford in England’s goal so decided to play like him. With the ball over the top throwing them into a panic, the defence dropped a little deeper which gave ASM room to run into, as a gap previously unseen opened between their defence and midfield. After 13 minutes, Callum Wilson outfought/shoved Long off the ball and ASM was away. As the Burnley defence backed off, he shot and Nick Pope could only palm the ball into the corner of the goal. Dinosaur arms? Almost. 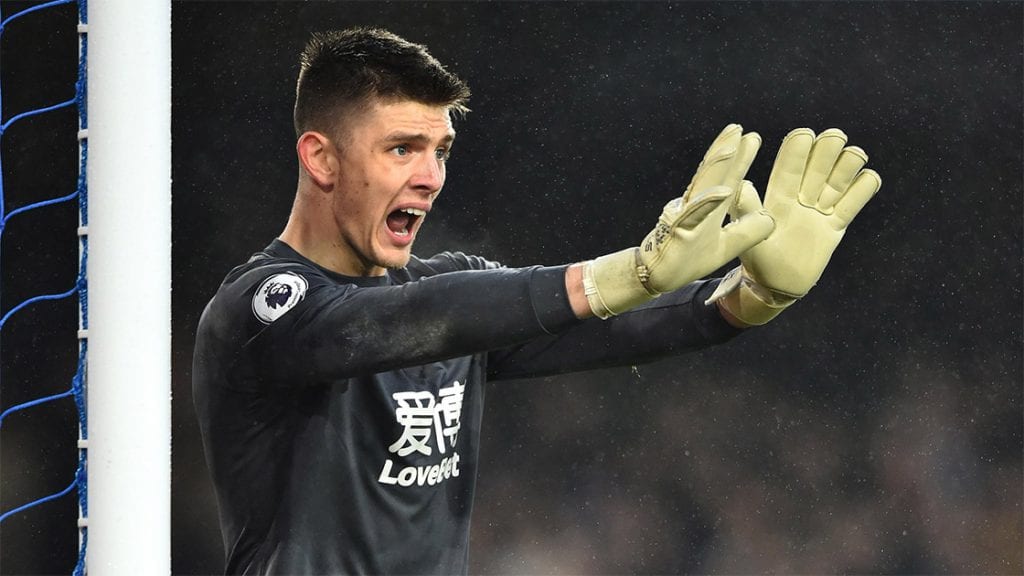 United continued in the ascendency having 58% possession in the first half, which also saw JoeLinton booked, proving that he was playing. Chances came and went for United, being booted up in the air came and went for Allan Saint-Maximum. Steve Bruce said afterwards that he had known Phil Bardsley since he was 12 years old so he wasn’t surprised he was going to kick Maxi. He might have told the Frenchman what to expect before the game, or perhaps the referee, who also seemed more amused by the tactic than willing to do something about it.

At 1-0 down it was inevitable that Burnley would react. The second half aerial bombardment commenced. Schar had had enough of combat and on came Manquillo as the ball was continually pumped into the box and Wood, Barnes and Burnley’s centre halves continually got on the end of them, JoeLinton even getting one on target which Karl Darlow tipped over the bar. Then Burnley equalised as another ball into the box eluded keeper Darlow’s punch and Westwood belted in a first-time volley. It looked worrying for United.

That state didn’t last. NUFC had been much the better team in the first half and once again exerted dominance. ASM, swapped wings onto the right so he could look for his ankles that had been kicked off in the first half, scarpered past Taylor and crossed for Wilson to tap in.

A few minutes later, Fraser on for ASM took advantage of Pope’s poor control and hit the post while also being simultaneously clattered by the keeper. The referee pointed to the spot. Callum Wilson scored his second and United successfully saw the game out without too much trouble, if anything looking slightly more likely to increase the lead.

The final whistle ended what was a decent performance by United in what was always going to be a hard game to watch. Karl Darlow dropped a few crosses but any keeper gets put under pressure by Burnley and he deserves credit for battling through it. Much like the rest of the team, this is always a physically tough game and as long as you give it what you have got, you come out with credit. The defence looked small for the expected carpet bombing but did their job in the absence of captain Lascelles and in midfield, the return of ASM was vital, something Sean Dyche alluded to later. Having your best players back fit and up for it is always a big bonus to any team.

‘Come on son, let’s go look for your ankles’

A word also for JoeLinton and Jonjo Shelvey.

I thought JL was generally poor on Saturday but his position was one which he looks far more comfortable in and he is running with the ball with purpose now. Historically it has always taken players a bit of time to show how good they are, players moving to the PL, a new country, a new team or formation. Timo Werner is a good example of that at the minute, good player that he is, his manager seems to have no idea what to do with him and he is losing heart by the looks of it.

James Rodriguez at Everton on the other hand took about ten minutes to get the hang of English football, his manager knew exactly what to do with him.

Steve Bruce should now know that some derivative of 4-4-2 is a formation the team can play. Whether that is 4-4-1-1 with JoeLinton or Miggy dropping a little deeper or 4-4-2 with two out and out strikers, generally doesn’t matter to me as long as the plan is understandable. It does look like it matters to JoeLinton though and that position playing off a striker looks more suited to him than any other he has played so far. He looks like he has the appetite to play as a number 10 and that is a start, whether he is good enough to be our best number 10 is another thing altogether.

As for Jonjo Shelvey, I have been critical of him in the past for his lack of mobility, effort, output and restraint but after the last two games it is difficult to argue against his worth in United’s team. He may be slow, petulant and inconsistent but at least he can pass the ball and score good goals. He doesn’t do it often enough but he is a lower mid-table PL player playing in a lower mid-table PL team and unless United can replace him with a young Luka Modric, he will be invaluable to NUFC this season. If they generally want to “change” for the better, either Shelvey will need to change with it, or be replaced. Not now though, not at the level NUFC are at.

Burnley, well they have problems. The usually consistent Tarkowski and Barnes were rusty, coming back from injury, but Sean Dyche’s post match interview sounded like a man who had had enough of his skin-flint employers.

“I don’t think it is ideal. It it not the perfect situation for us but it is the reality of what it is. We will look to get on with it. The first half was the first time we haven’t looked at it this season to be fair.”

He has constantly improved Burnley without spending much money and has improved his own and his club’s standing, to the point where both are stable and established PL performers. It sounded a bit like a plea for support or else. Burnley may need some of their best players back but on the face of this game, they need some new best players to help the ones already there.

All of which ignores that Burnley are an absolute midden of a football team, talking about them positively is the football equivalent of a good sense of humour. We know what all of that looks like because we have to watch it ourselves all too often, in black and white.

Saturday was one step forward and it would be nice if Steve Bruce stuck to some sort of 4-4-2 formation, it has worked a couple of times this season and the only time it hasn’t looked like it was because of a lack of preparation on the opposition’s strengths, more than the formation he played.

Bruce himself says he isn’t much of a tactician and admires teams like Burnley’s simplicity. He should try sticking to what he knows then, this match proved that the team are comfortable with something like a 4-4-2 and that most of the players suit it. If he does that, perhaps the performances might improve and he might get a bit less stick.

“We’re still a long way from the finished article, believe me, but I hope the Newcastle supporters can see what we’re trying to do in terms of the way we’re trying to play. Of course there are going to be a few hiccups along the way. When you get a couple of results, especially like the one tonight, then it always helps.”

If Bruce can make that happen again when we play Manchester United in two weeks time, then that will be another step forward.