After the infamous shot-shy away day in London was followed by penalty fortune in Wales, my pragmatism was tested to its limits. ‘Are you not entertained?’ No, Bruceus Maximus, Commander of the Toon Army of the North, I was not.

Let’s face it, life has been challenging lately for all outside of the Whitehall Bubble and we could have done with some distraction and entertainment from ‘the beautiful game’.

Manchester United 1-6 Tottenham and Aston Villa 7-2 Liverpool: it didn’t seem real or right but that’s the point – it was ridiculous and a spectacle that kept your eyes and mind away from the difficult world we are inhabiting, even for one evening. Football can provide that unquantifiable benefit to our lives – the emotional, romantic, joyous, fantasy experience. If it fails to deliver on a game-by-game basis, then at least it offers the potential and hope of the future.

Away from football, we have spent months being told by those in power that success is measured by the R number, graphs and statistics while our businesses close, our relatives get increasingly lonely and the steadying crutch of our social network erodes. Months being told that the bigger picture of the numbers is what ultimately matters – not the immeasurable personal experience. Months of sports, cinema, theatre, gigs and all other cultural and artistic pleasures being locked away from us. Months without the emotion, romance, joy and fantasy.

So when it comes to football, being told that it is a results business and being encouraged to look at the table for your reward doesn’t quite do it for a population that has endured this toughest of years. Having the game stripped back to numbers, tables and statistics does not entertain, nor distract and we’re all out of pragmatism.

Of course, the game of football is not comparable to those other areas in terms of any normal hierarchy of needs but when the rest has been stripped away from us, its role as relief increases. When we’ve been forced indoors, away from friends and family, away from gigs, cinemas and indeed the workplace then what remains in our lives takes on greater significance.

Countless pieces have been written about football being a temporary escape from reality for supporters. The match day has long been extolled as a weekly haven from the mundane routine of commute-work-commute, when nothing else matters but the pub, your mates and the ninety minutes on the pitch. A raucous reset button to go again.

Saturday 3rd October belatedly served up a three-course meal of Franglais joie de vivre, as Allan Saint-Maximin and Callum Wilson reminded us that football can make you forget. Forget about the isolation, the financial worries, the uncertain future and everything else that niggles at you for the rest of the day. Overall, for ninety minutes, we were entertained and football did its job for those who ultimately employ it.

I wrote at the time how unfortunate the circumstances were that there was, firstly, an international break delaying our home fixture versus Manchester United for a fortnight and, secondly, that a packed St. James’ Park would not be the venue for the encounter. I imagined a buoyant and beer-soaked crowd rising to the occasion and smelling blood from a wounded and faltering opponent. It had all the ingredients for another classic encounter between the two. 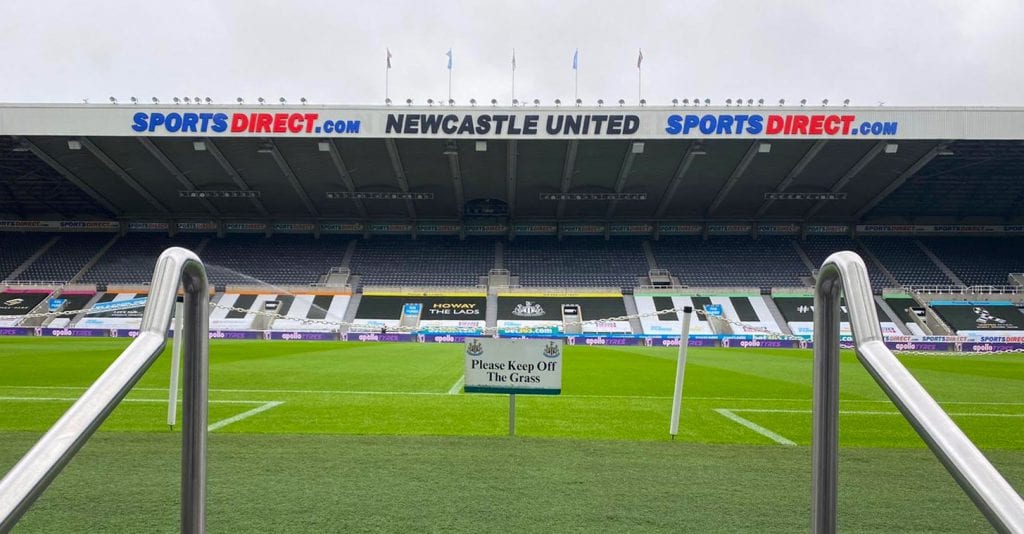 Ten days later and any of the enthusiasm I had for the game has all but gone. I have already given my initial reaction to the pay-per-view scandal, in which football mirrors politics – we are not all in this together. In a time when the Premier League and its clubs ought to be focusing on reward and retention of loyal supporters, they are driven by greed. Rather than see us through this period by arranging an affordable alternative to satisfy our addiction, the pound signs have lit up behind their eyes. For Newcastle United, silently holding payments for a non-existent event, to vote in favour of this added insult to injury.

My initial angry reaction was displaced by pride in our fanbase and in supporters outside of Newcastle, as people rebelled and rebuked this latest attempt to squeeze every penny from the increasingly-poor. The fan initiative to boycott PPV and donate the £14.95 to their local foodbank is the kind of movement that gives me belief in society and is hopefully the start of a wider movement in football to stand up for ourselves. In an interview with Henry Winter earlier this year, he suggested that fans ought to be more militant:

‘The Premier League has done well out the game, the broadcasters, the players, the agents. Have the fans? It’s time the match-going fan benefited and I’m amazed they’re not more militant about it. The only argument the Premier League understand is financial.’

A House of Commons Early Day Motion was tabled yesterday, regarding the treatment of football supporters during the COVID-19 outbreak. The motion specifically refers to the £14.95 charge per game and how it ignores the ‘social, economic and welfare plight of many in our communities.’ Now with fourteen MP signatures, the motion concludes by calling on the Government to commence its promised fan-led review on football governance as a matter of urgency.

Just as my attention was sufficiently shifted to the positivity of the donations and the thought of revolution, my Che Guevara hat was knocked off my head by the Sam Wallace exclusive. Away from the weekly desire to be entertained for ninety minutes has always been a faith that, eventually, Newcastle United would be freed from the shackles of Mike Ashley. Eventually, our club could fulfil its potential and return to challenging at the top of the Premier League and return to the halcyon days of European away trips and Wembley weekends.

We all believed, to various degrees of certainty, that this summer was that moment but while that belief faded there were plenty who turned their disappointment into anger and accusation. The corrupt Premier league, the cartel and the influence of the big six were all regular features on any social media feed you cared to look at. Newcastle fans were split in their enthusiasm for these theories as some wanted to move on and focus on the football, while others demanded answers.

Although not directly related to the failed takeover, this story reinforces the belief that the Premier League and its so-called ‘big six’ members do not want competition from anyone outside of it. Those clubs may not have been the reason Newcastle United is without new owners but it appears that they want to be that reason if the situation should arise again. It is a closed shop and, in an interview this week, Luke Edwards summed up the concerns about this proposal:

“The most significant thing is the change of the ‘one-club, one-vote’ rule that has effectively kept the Premier League in check since its creation. What we are now going to have is the big six clubs will have the votes on all future regulations. All future plans will be effectively decided by a cartel.”

This double-blow has provided the final two nails in Premier League football’s coffin for a number of fans, including our own Howay the Stats, who has taken a break from football due to his love and enjoyment of the game being reduced to almost non-existent. ‘There are more important things in my life that need my energy’, he Tweeted, and here lies the problem. Life right now has so many competing and demanding needs for our energy and rather than football refreshing us, it is draining us – emotionally and financially – and it’s time to prioritise value. 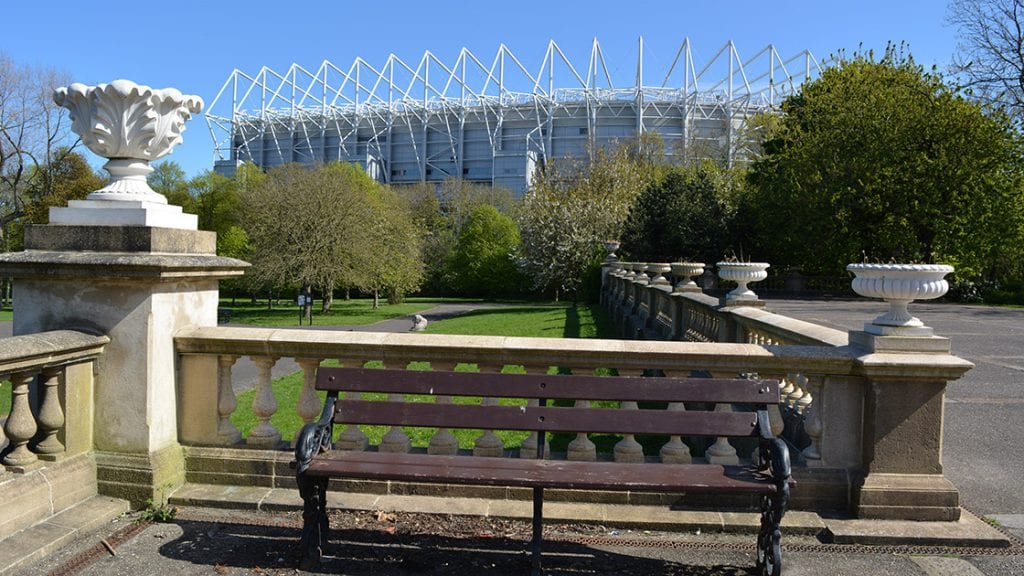 This year has brought those priorities and filters into focus as enforced absence from many previous areas of our lives has revealed what we miss and what we don’t; what we need and what we don’t; who has been there for us and who hasn’t. Just as you might have realised that you don’t miss those nights out in town and you don’t need those afternoons round the shops, you may well have realised that football has not been there for you.

The game, or more specifically, your club has not played its part in helping you through this year. Football shut down and so did Newcastle United, although the latter has seemingly remained closed to its supporters. The match day television passes for season ticket holders stopped and the direct debits continued to be claimed from the bank accounts of one of the poorest regions in the country. The NUST’s calls for answers have been repeatedly ignored and powerless fans are left out of pocket in a time when many can ill afford to be.

The Premier League and Newcastle United have taken a gamble that supporters will be there for them when football returns to its previous guise. The perennial loyalty that forgives underachievement, lack of silverware and even relegation has been assumed to be impenetrable and their complacency and arrogance is palpable.

The problem for them is that previously they have provided something in return and there has at least been an illusion of the football family; united; together. The mask has well and truly slipped and our club and many others have revealed themselves for what they are in a time when we have prioritised and filtered every aspect of our lives, like never before. Previously, our lives may have been relatively free of serious stress and problems, allowing football to get away with being a minor cause of it. Now, with lives filled with turmoil, upheaval and uncertainty, why should we let football add to it? 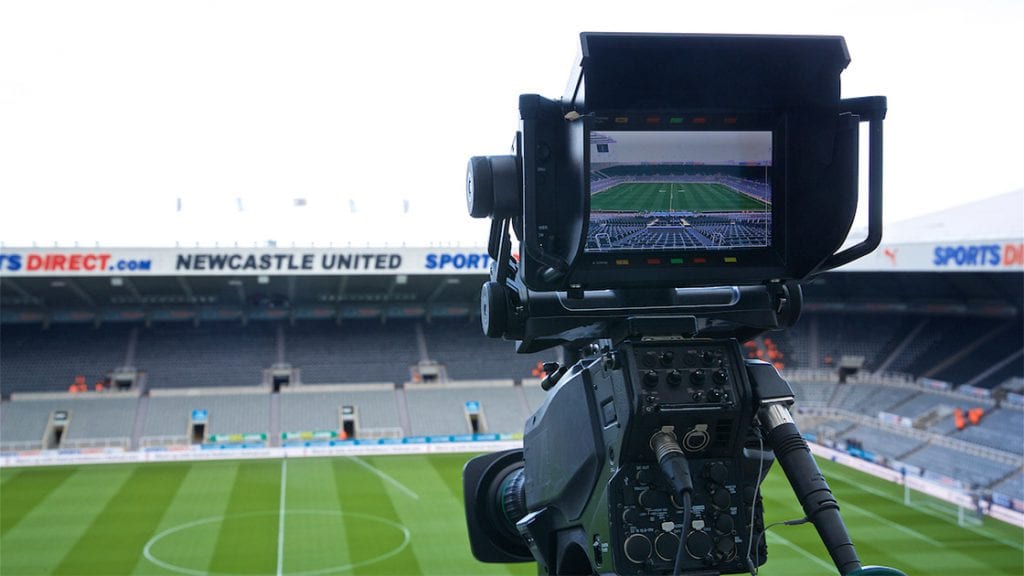 It is likely that you already had at least some degree of this viewpoint about your football club, and the wider game, but were willing to accept and overlook it as the dark side to your light relief. However, when football stops providing that relief, that unquantifiable benefit, it becomes harder to ignore. It is very clear that this is now a one-way relationship and it can’t help itself from taking from us, regardless of how little we have left to give.

Supporters have been pushed far enough and they are finally starting to push back. When the day comes that Newcastle United and Premier League football reopens its doors to us, it might just find that we’re no longer waiting on the steps.

If you would like to join the #CharityNotPPV and #BoycottPPV movement, you can donate the £14.95 to the Newcastle West End Foodbank HERE