MASH Holdings is owned 100 per cent by Mike Ashley and is basically the shares he owns in all of his business interests, including the 100% ownership of Newcastle.

Amongst what you will find below is…

We also have confirmation that Mike Ashley (Mash Holdings) banked £9m in December 2019 for the sale of land next to St James Metro for development, Ashley having bought it for a lower amount from NUFC.

Still nothing concluded on how much NUFC will have to pay HMRC in alleged underpaid tax and national insurance, this relating to when the SJP offices were visited in April 2017 by HMRC officials armed with a search warrant.

Staying in the Premier League ‘remains the number one objective of the group’…is there any other objective under Mike Ashley???

The following info is available for any member of the public to view at Companies House.

‘Newcastle United Football Club (NUFC) Group’s turnover accounts for about 4.5% of the total revenue, 20% of profit before tax and 6% of the total assets of the Mash Holdings group’s consolidated accounts.’ 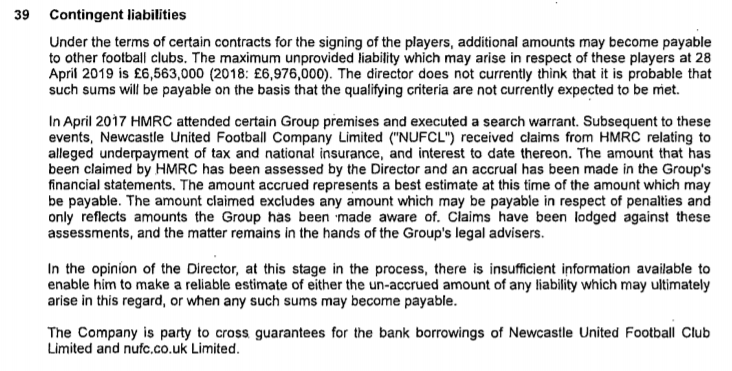 Being a member of the Premier League is key to all aspect of the club’s operations and remains the number one objective of the group. That objective does not change as a result of COVID-19.’