After 93 minutes on Sunday, Arnold Schwarzenegger arrived in the centre circle at the Tottenham Hotspur Stadium, turned to Jose Mourinho and said:

“I need your clothes, your boots and your motorcycle. And it’s a penalty”.

The Terminator had been sent back from 2029 to help VAR take over the world of football, all part of Sky(net)’s plan. Everything will be checked, the game must be more consistent, the robots are now in charge.

It should have been a game which United went into with some confidence.

After winning here last season, United are now slightly stronger, Spurs slightly weaker. Eric Dier was playing centre half, that’s how vulnerable they were in defence. I don’t mean vulnerable exactly, a shorter word perhaps but it pointed to an aerial dominance which the Toon could exploit. What would the Stevolution do? 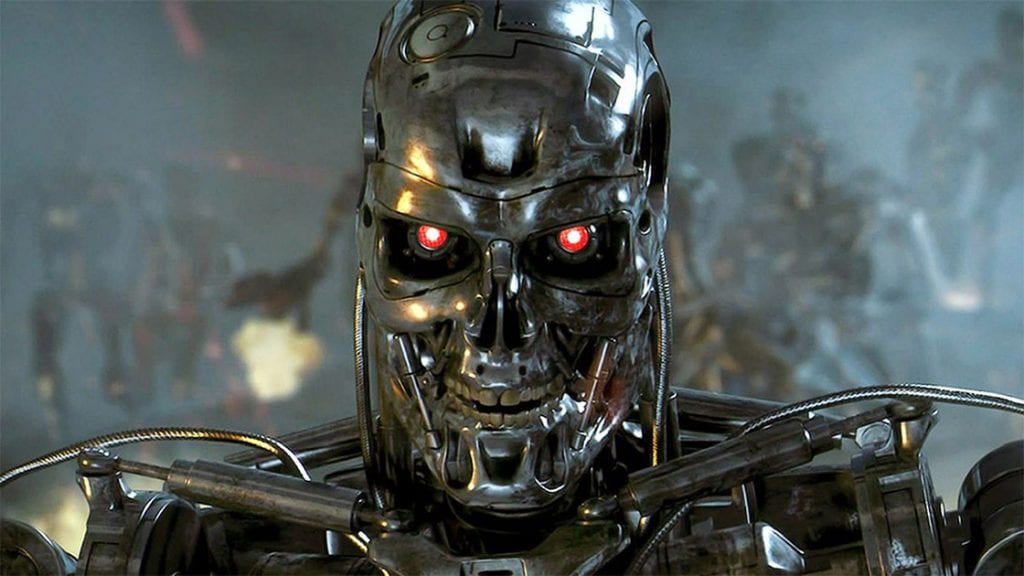 Well, if the Art of War is doing what your opponent would least want you to do, I’m waiting for the Steves to write the alternative version. The Art of Bore? Our tactical master decided not to stick to the 4-4-2 which he had banged on about all summer. More entertainment, more attacking threat, well that didn’t last long. His ‘big men up front’ thesis no longer applied, maybe he got touchy after trying it against a Brighton team that ate it up last week. It would have been far more understandable to play it on Sunday but even more strange was that he had decided to play three centre backs even though he didn’t have three centre backs to play. Genius.

He started making saves in the 3rd minute and continued until the 87th minute, a couple from Harry Kane early on both very good. He was our top performer but he would have been anyway even without the saves, just doing his job efficiently would have made him United’s Man of the Match on Sunday. After only four minutes Steve Bruce looked at his watch for the first time and looked worried, I thought he was hanging on for the draw but little did I know that he was thinking “only another 89 minutes until my masterplan is revealed.” Karl Darlow made more saves.

Spurs finally broke the deadlock in the 25th minute. Harry Kane, now looking more of a Teddy Sheringham than an Alan Shearer, crossed, an off the pace Matt Ritchie hesitated and Lucas Moura scored. The floodgates creaked, Karl Darlow made some saves, Son hit any wood he could find for the rest of the half but didn’t score and just as crucially limped off at half time.

‘Son: Changed the game by going off’

The second half was no more attacking. United had slightly more of the ball than they had before the break but did nothing with it, Miggy especially giving it away every time he got it, the only bright light seemed to be JoeLinton’s willingness to run with it and get somewhere. For the first time I can remember JL wasn’t one of seven worst players. Spurs equally created very little and the game began to stagnate, Tottenham unable to work any good chances, Newcastle unwilling to leave themselves vulnerable to a counter. Karl Darlow made a save.

As substitutions were made to both teams, the game inevitably changed but only one really mattered, Miggy off and Andy Carroll on. Karl Darlow made a save. After 88 minutes it looked like United’s best chance had gone. Spurs left back Davies booting the ball straight into team-mate Hojberg’s knackers while trying to clear and the ball went agonisingly wide and for a corner.

But those corners were what we were waiting for. The handball appeals started, all part of the Masterplan. As United pumped high balls into the box for JaJa Binks to head on, what followed was an almost constant VAR review for whether the ball hit anyone’s hand at any point in time. Then it did. JoeLinton ran into someone and won a free kick. Shelvey lobbed it into the area, Carroll won it, the ball hit Eric Dier’s arm. VAR checked for offside, then hand ball, then whether there was a figure on the grassy knoll. The play was rolled so far back that Kenny Wharton was sitting on the ball at one point. Then it became obvious to everyone that a rule had changed and now heading the ball against someone’s slightly raised arm from a yard away was a penalty. Callum Wilson took it well and United had a point.

There was still a game going on for a minute or so but Sky no longer cared. The injustice of it was all anyone wanted to talk about. It was a disgrace, it was the end of football as we know it and it is all someone’s fault. The referee. Or VAR. Or FIFA. Or China. 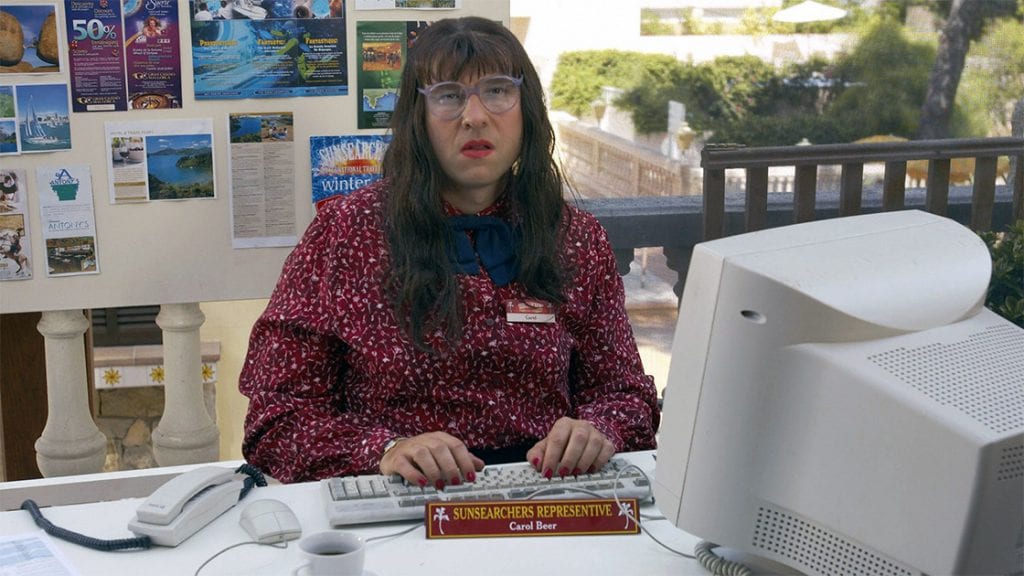 Ah the irony. A television station that has over-analysed football to the point of using slow-motion cameras from twelve different angles to slaughter refereeing inconsistencies, now slaughters a rule brought in to use slow-motion cameras from twelve different angles to remove refereeing inconsistencies. Sky wanted everything televised, everything accountable, now it is, they are probably just annoyed that we don’t have to subscribe to VAR and they don’t make any money out of it.

Now we all know the rule is ridiculous, we’ve all played football at some level and know when a handball is deliberate or accidental or at times how difficult it is decide which is which, so you just let it go and play on. However, the pundits have missed that the reason it has been brought in is because they, the managers and the players moaned so much about inconsistent over-analysed decision making, money lost, costing someone their job, that someone decided that this was the best way to go.

If this new rule is so bad, I look forward to Jamie Carragher suggesting something different. If that is going back to allowing the referees deciding what is and what isn’t a handball and just accepting that you win some, you lose some, then so be it. And hopefully not a peep out of anyone afterwards.

“Maybe it is going to create more excitement and goals and eventually we will get to accept it.”

It might well create more goals and I have already accepted it but it definitely won’t create more excitement. It is boring enough endlessly waiting for VAR when I am in the house. When we are in the ground, what then? Go for a wazz? Wow, the excitement.

All VAR is doing for the supporters at the minute is making it pointless to celebrate anything. You can get penalties after the final whistle now, we can’t even wave our fists in triumph after the game until VAR says so. From next weekend every time the ball goes into the penalty area we have to wait two minutes for something to be checked. It’s been hard enough to sit through a lot of what goes on at SJP in 90 minutes never mind an extra hour checking everything.

When Souness was talking about excitement, really all VAR does is mean we have to spend large parts of a game watching the referee watch TV. It’s just Celebrity Gogglebox, but it will make Andy Carroll the hottest property in football. Just bring him on and lob the ball into the box, it is bound to hit someone’s arm at some point. Maybe the club will get £35million for him again. 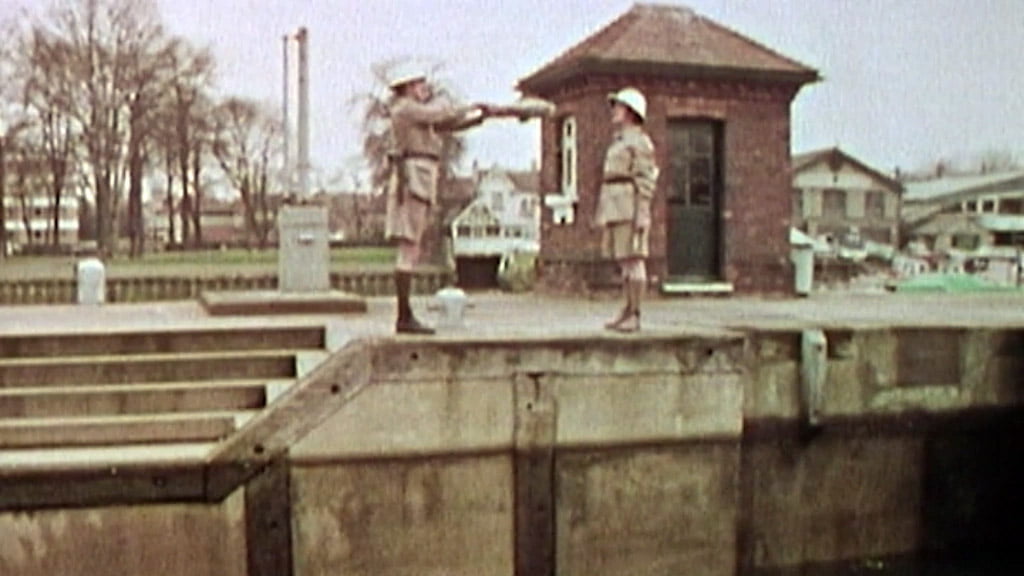 The one thing the handball did, was take the heat off what was a very poor United performance and the shine off what was ultimately a decent result. Jamie Carragher said:

“Newcastle fans will be ecstatic, I can understand that. But everybody else in this country will say exactly what I am saying and what I am thinking.”

How can I be ecstatic about being outplayed for 90 minutes and scraping a point because a rule has been brought in that is more stupid than the Covid-19 rule where it is illegal for a bar to not take my contact details when I walk into it but I am not legally obliged to give it. The world has gone Monty Python.

Football is no different but I suppose it always has been. A point is still a point, whether it is 4-4 against Arsenal with a last-minute Cheick Tiote screamer, or whatever Sunday’s excuse for a match was. That is all Steve Bruce and the players will care about. The same with a clapping Mike Ashley at the end who presumably arrived just before the penalty.

The last word as ever goes to the Managers. Jose said after the game that it was all about a lack of respect apparently, something he knows a bit about. Imagine how annoyed he would have been if the penalty had been given after the game.

As for Steve Bruce, job done Steve, a valuable if eye-bleedingly dismal point. It’s a results business after all:

“The handball has been around for a hundred years. If it is deliberate, no problem, but it has to be clear and obvious.

“We have lost the plot with it and it loses the spectacle of it.”

What spectacle was that Steve?

(Jamie Carragher loves what he sees in Newcastle match “Absolute disgrace. It is an absolute joke.” – Read HERE)