Newcastle United retreating to the edge of their box on kick-off, conceding the first goal after 10 minutes.

I thought United were excellent between the 29th and 34th minute.

At that time I thought we were good value for just losing 2-0.

Another fixture was completed, thus avoiding a three point deduction by the Premier League for not fulfilling a fixture.

You could argue that United didn’t really fulfil the fixture anyway but it is doubtful the club will be punished for being uncompetitive.

If he could, all of my Manchester City supporting friends would have been congratulating me this morning on playing our part in a record breaking Premier League match because they would have got double figures.

Great player though David Silva is, watching him last night just made me look back to a time when NUFC had players like that.

I had to go back to the likes of Beardsley, Ginola and Tino to remember players of that quality.

Obviously Manchester City have got crates of cash to spend on players like Silva. Equally I have very much enjoyed the contributions of the likes of Solano, Ben Arfa and Cabaye at NUFC and many other who have contributed and tried. But Silva wouldn’t even come to NUFC now at 34 years old.

When was the last time United had a player like David Silva and knew that he would stay because the team matched his own personal quality? Looking back, it’s been a long time. 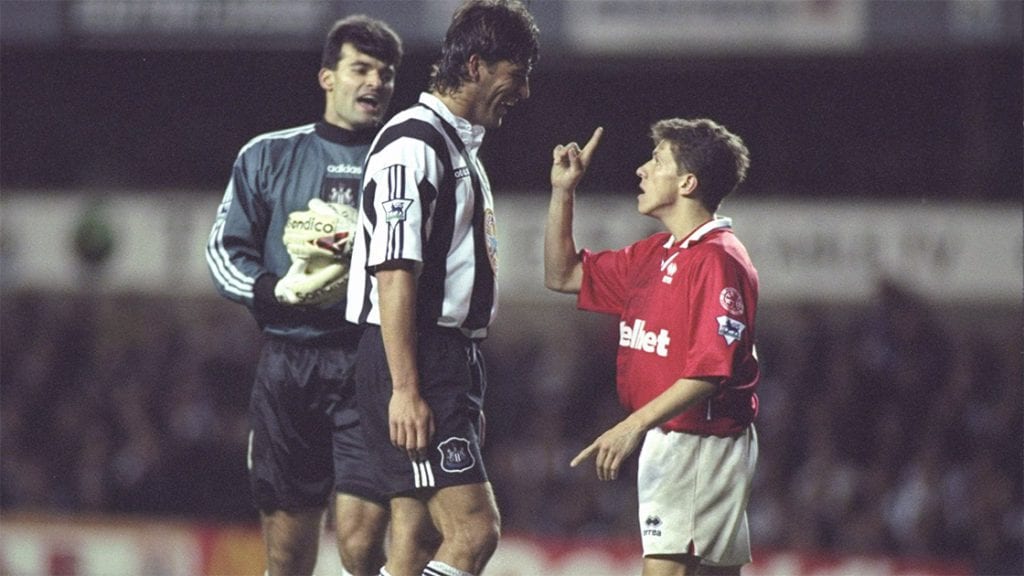 ‘I’m telling you Philippe, they’ll still be talking about you in 25 years time’

It seems to me from my position of ignorance that football is generally a game of attacking and defending.

Not for the first time, a United team has gone to Manchester with some work having been done on defensive strategy but none whatsoever on an attacking one.

In this particular instance, not much work seems to have been done on team formation, defensive cohesion or marking players, but undoubtedly some was done. The team was different for starters and Emil Krafth at least knew he was playing centre-back even if I ignore his questionable central defensive positional sense and put that down to lack of experience in that role rather than thinking he was actually playing right-back.

What really burst my piles was that there was obviously no effort put in to how we were going to score. Playing JoeLinton up front on his own is an admission of surrender to a siege, it’s an opposition clean sheet in waiting.

I wasn’t expected any expansive football or total attack but some sort of attacking plan must be integral to every football match, even if it is just lumping it over the top. It’s horrible, but it is something.

Perhaps the likes of Steve Agnew can spend less time playing with his snood and more time having some tactical input into proceedings.

What is personally most challenging about watching Newcastle on quiet TV is that everyone seems to have accepted this mediocrity as the new normal, our new normal, a sort of normal normal.

Hardly any commentators, media pundits, summarisers or fans, see United as anything other than making up the numbers. Steve Bruce is embracing that mediocrity in his interviews and the media are praising him for achieving that mediocrity.

Someone on The Mag yesterday said that the whole club reeked of mediocrity. Well said, I completely agree. It is ingrained in the club now and only something drastic can change it. That change is long overdue.

(Pep Guardiola after humiliating Newcastle United “That’s the way we want to play, for our people” – Read HERE)

A symbol of the Newcastle United wasted young talent?

I believe in karma and Richard Masters, destiny is coming your way

Let’s have a look at what you could have won