Mike Ashley using a loophole to delay the accounts even later than usual, using / abusing an extension on releasing accounts due to the virus situation.

Here follows an overview of those Newcastle United 2018/19 accounts and how they fit the trend since the year after Ashley bought the club.

Our thanks to Chris Holt for the graphics below, showing stats for each season so you can compare and contrast.

Broadcasting of course makes up the vast majority of income. At £123.9m this is now almost five times the amount the club received when Ashley bought the club in 2007 (£25.9m), this remains the only revenue stream to have grown in Ashley’s tenure. However, this figure actually went down in the latest accounts, £2.5m down as the league position fell from 10th to 13th.

Ashley has seen the demand for corporate tickets / packages significantly drop due to the way he has ran the club.

Whilst cheaper tickets (for some fans) are excellent for supporters of course, but we all know the dwindling prices reflect the dwindling product rather than offering value for great quality and investment made on the pitch.

For this current season, you can only imagine how poor the matchday revenue will be. Having to give out 10,000 free season tickets to try and fill the stadium, summing up how hopeless the situation is under Mike Ashley. That is before we even come to the virus situation and Ashley so far refusing to refund any individual match tickets that now can’t be used, as well as for the five matches season ticket holders can’t now attend.

Commercial income of £26.2m fell £0.5m. Quite astonishing and embarrassing how low this figure is.

A toxic relationship between owner and fans and the perception that merchandising is run for the benefit of his own shop rather than the club contributes to a significant fall in the club’s earning potential from stay away supporters. The free advertising has come to an end for Sports Direct, the 2018/19 accounts showing stadium advertising was included in a total of £1.1m of service supplied to SD by NUFC (the new accounts say £385,000 was paid for these services the season before (2017/18))

The commercial income in 2018/19 lower than 12 years ago before Ashley took over. 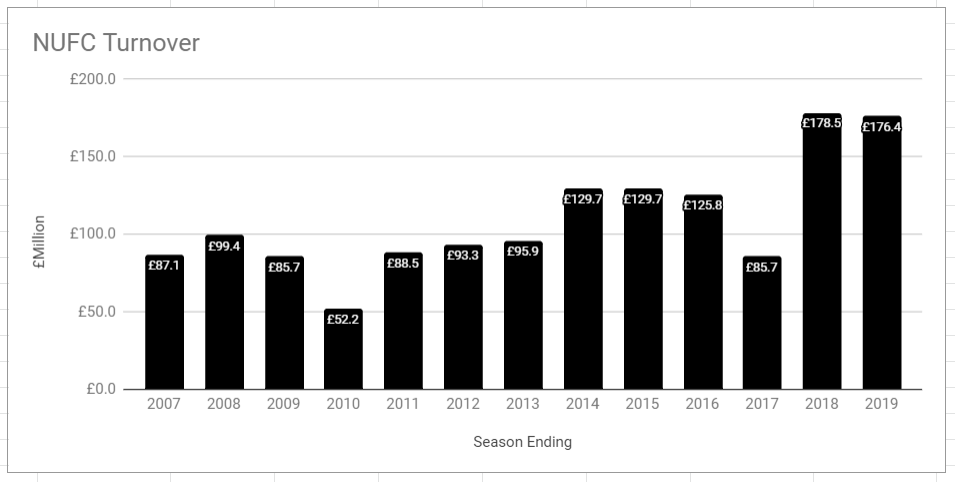 Yet again, this shows the total lack of ambition at the club to drive revenues up under this owner. The turnover going up (or down!) simply depends on the level of TV money. 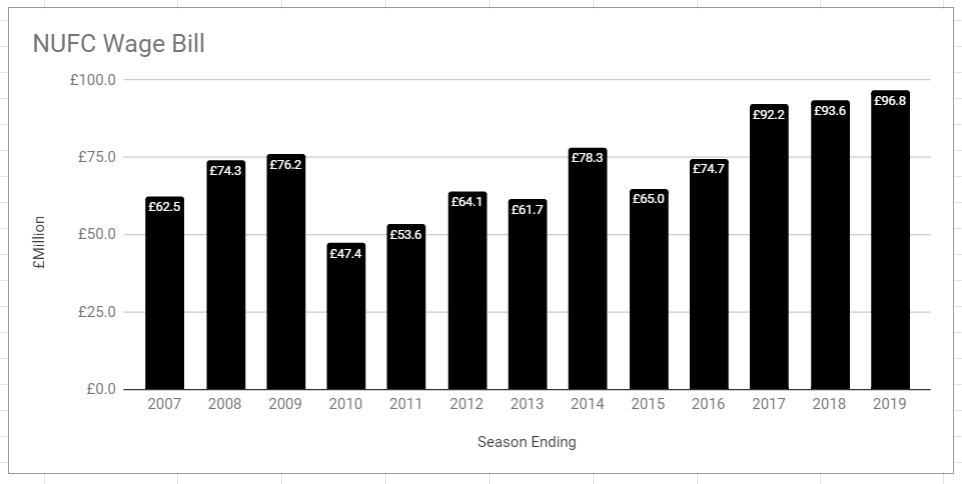 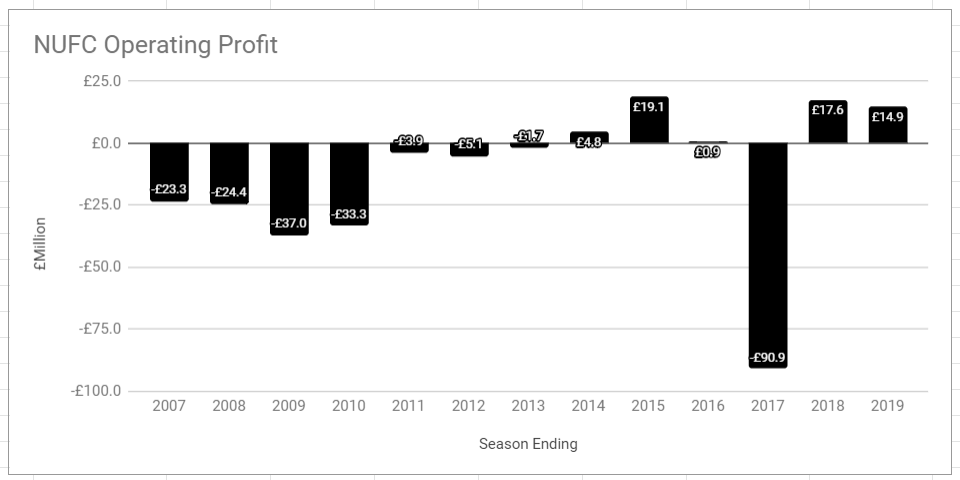 The £14.9m operating profit is the third largest in the club’s history.

However, once selling / buying players and amortisation is included we get this below… 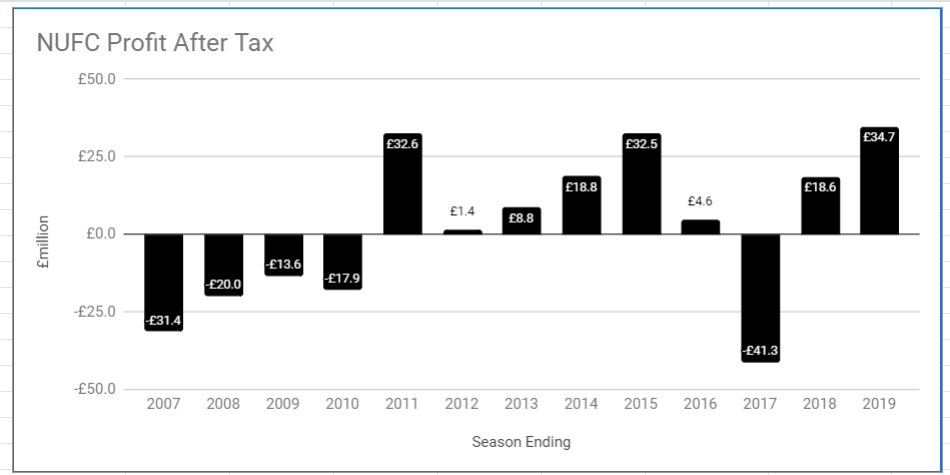 When player trading is included, you have £34.7m profit after tax, the largest ever under Mike Ashley. Including the previous season that is £53.3m of profit since promotion, Rafa Benitez was promised by Ashley that he would get ‘every penny’ generated by the club…

There could / should have been another £33m (making a total of £86.3m extra) for Rafa to use to progress the team / club but as you can see below…

Instead of backing Rafa Benitez, Mike Ashley took a massive risk last season in taking £33m out of the club against his ‘debt’, reducing it from £144m to £111m. Though that £111m debt was in reality just part of the purchase price of buying the club, including paying off the £50m+ still owed on the cost of redeveloping St James Park (Spurs have paid £850m to build their new stadium and Everton will be looking at around £500m to build a new one, Ashley got an absolute bargain).

All eyes are now on the Newcastle United takeover.

If it happens, then all of the tables and stats above are guaranteed to look far more ambitious and hopefully bring success on and off the pitch.

If the takeover doesn’t happen for any reason, then we can look forward to a future of the figures continuing to flatline as peer above, unless of course Mike Ashley manages a third relegation…

Sky Sports pundit calls out Mike Ashley for being a hypocrite

They say yes Steve Bruce football is terrible but look at results – Have you seen the table?

Harry Kane and Son best ever PL partnership? Having a laugh, Beardsley and Cole greatest ever