Villa the better team early on and creating a couple of chances, before Newcastle United edged the rest of the first half.

Remaining slightly the better team after the break, it still took a double substitution to create and score the opening goal, Carroll and Gayle combining. Only for NUFC to then concede a soft equaliser from a late corner.

I don’t think there is any point in discussing who our best player is any more.

It used to be Dubravka and he is still good, despite his mistake on Wednesday.

However, far and away our best, most exciting and now most productive player, is Saint-Maximin. He is looking such a prospect now that most of the top teams in England and Europe will be keeping an eye on him.

He probably isn’t on that level yet, he wouldn’t fit into some of those teams style and he wouldn’t shift some of the existing players in those teams but at 23 years old he definitely has the potential to start the likes of Man City, PSG and Atletico Madrid having a serious look at him.

ASM wasn’t at his best against Villa, but even looking a little tired and being heavily marked, he had much more of an impact on the game than any of his attacking colleagues who started the game.

He is also improving at a much quicker rate than Almiron and JL, who are getting better, but slowly and inconsistently. The challenge now will be to build a team who can match his potential, rather than sell him and buy another shop.

It used to be ten but it is more like fifteen now.

Plan A has always been defend the slope in the first half, get into the dressing room at 0-0 and then win the game attacking the home end in the second half.

Rafa started it, the Steves have embraced it. One of the problems that the Steves have faced, which Benitez rarely did, was ineffective half time team talks which often lend momentum to the opposition. Not against Villa though, after a quiet first half United immediately looked on the front foot after the break. Fair enough, from a shots at goal point of view the second half couldn’t have been worse, but it was more the immediate look of intent that impressed me.

Perhaps having available a fighting fit Andy Carroll, who is in “the best shape of the season”, the attacking prowess of Dwight Goal, or a bit of back up in Lazaro, has given the manager options as a threat to those on the field. Or perhaps maybe he just said the right things. “Get the ball and score” as one manager said to me at half time many years ago after a dull first half. Good, clear advice. Hopefully the Steves can continue that simple message.

We Are Each Other

After a week of listening to the kids watching MOTD and pundits talking about what is wrong with Arsenal, or why can’t West Ham get away from the bottom of the table, I would once again like to sing the praises of United’s centre halves.

Individually, they didn’t play as well against Villa as they did against Sheffield United but as a pair they generally do what a centre half pairing should. Head and kick, defend the goal. Villa put some teasing balls into the box but Lascelles and Fernandez were always there to defend them. Even when Villa had chances, the centre backs were at least in the mix, there were no free headers, no gifts and the ball in had to be quality.

All £6million players have their faults, a lack of a bit of pace, ability on the ball, whatever, I’m not saying that these lads are Moore and Beckenbauer. But when you see the sort of goals that other teams concede regularly with central defenders who cost up to £80million, it just looks to me that Newcastle mostly make it hard for attackers, don’t make many mistakes and work as a team to be more than the sum of their parts. I’m giving them a lot of credit for that. 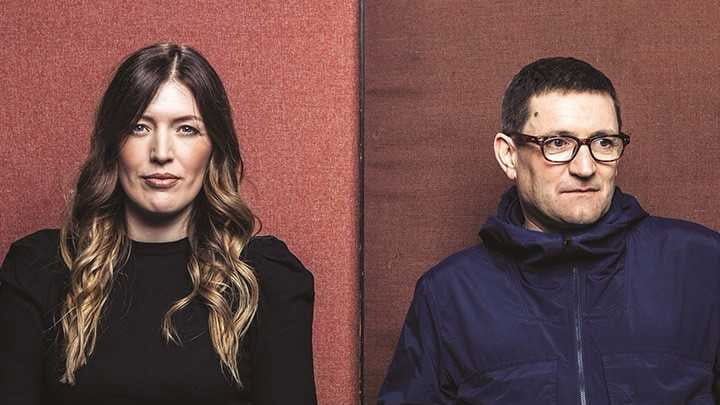 You Keep It All In

JonJo Shelvey is one of Newcastle’s naturally most gifted players but he so rarely shows it. An occasional pass or goal from the top drawer just doesn’t hack it.

If he wants to trundle around in the lower reaches of the Premier League then he should keep doing what he is doing, but if he has any ambition to be the player he can be, he needs to show it now. Most of the time he just looks like he’s not really bothered.

While it looks like United are now safe, a win would have made it certain. Bruce could probably have gambled everything on the cup quarter final safe in the knowledge that it could be the last meaningful game the club has this season. It could have been his Alamo. It’s not now.

With injuries to key first team fighters Ritchie and Hayden I hope that the club doesn’t wave the white flag on Sunday in order to confirm PL status next week.

I don’t think Bruce will, but a win against Man City, might buy him a little more time in the job. Whatever your opinion of that, he’s got more chance of keeping his job if United win on Sunday.

What in the wide, wide world of sports is going on with the crowd noises on the pretend football we are now watching. They’ve got the soundtrack straight off FIFA20.

The booing is always at the wrong time, against Villa there were loud boos when the ball hit the referee and United got a drop ball. Why would that get a boo?

In another game not including United, the crowd celebrated a goal when the ball went out for a corner.

On Wednesday, the songs were like canned laughter at ridiculous moments and most importantly, Robbie Savage was able to stand at SJP without once getting called a Willy Wonka. It’s just not real.

Shots on target were Villa 2 Newcastle 3

Manchester City fans comments: Getting angry with how bad BT Sport, Steve Bruce and his players were