It is just under a decade since the final scoreline read Newcastle 6 Aston Villa 0.

Newcastle United promoted and the first home match of the season.

The 22 August 2010 was a brilliant example of revenge best served cold, the six goal demolition coming 15 months after the embarrassing scenes at Villa Park, as bizarrely the home fans had celebrated like it was local rivals Birmingham who had been relegated, rather than a club from 200 miles away with no real connection.

This Newcastle 6 Aston Villa 0 match is now the latest one that the club are showing on their official YouTube channel (see below), shown as live this Saturday at 3pm.

The previous four were the 4-4 Arsenal game which was shown on Saturday 21 March and then 5-0 Man Utd on 28 March.

Then last Saturday (23 May) the choice of Sunderland 1 Newcastle 4 was a bit of a strange one, the game very definitely not living up to the scoreline. A very poor first half saw Hoyte give the mackems a 1-0 lead and then out of nowhere Sunderland just collapsed to a 4-1 hammering, with Michael Chopra, Alan Shearer, Charlie N’Zogbia and Albert Luque getting the goals. 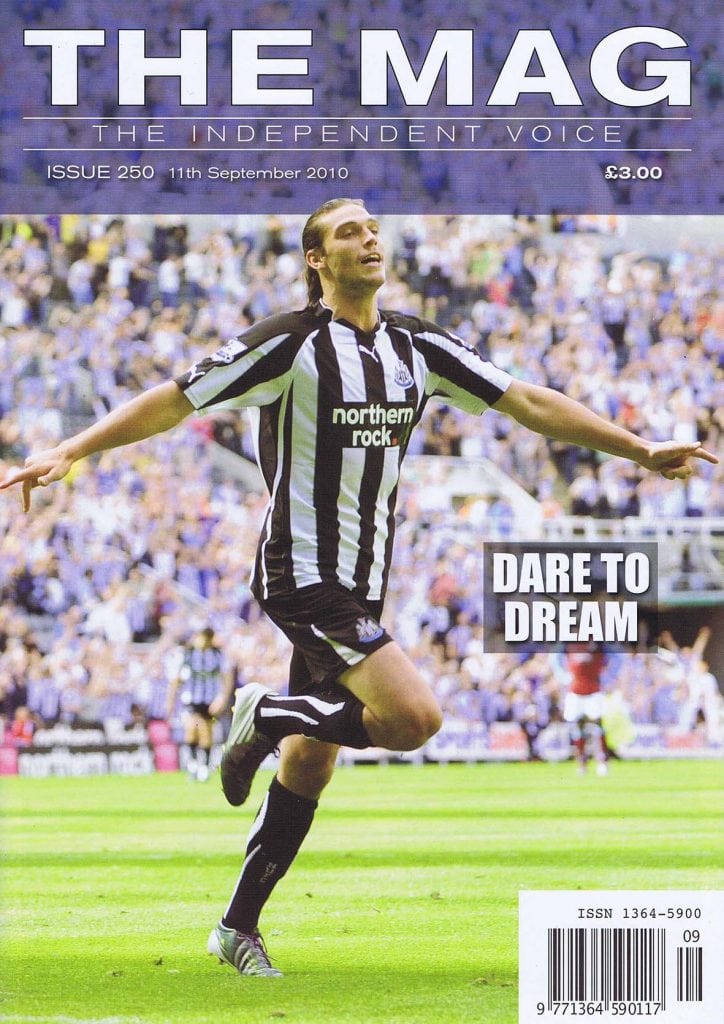 That Newcastle 6 Aston Villa 0 match was a perfect day in the sunshine.

Villa actually missed a penalty before then goals from Joey Barton, Kevin Nolan(2) and Andy Carroll(3) blew the opposition away.

‘Aston Villa were hit for six by newly-promoted Newcastle United in their first home game back in the Premier League in August 2010 – and supporters will be able to watch the game in full this weekend.

Andy Carroll hit a sensational hat-trick at St. James’ Park while Kevin Nolan scored twice after Joey Barton had opened the scoring – all after John Carew had missed a penalty at 0-0.

The likes of Fabricio Coloccini, Jonás Gutiérrez and Wayne Routledge also played a starring role for Chris Hughton’s side on this memorable afternoon – and you can watch it all, as live, on Saturday.

Due to the coronavirus outbreak, the Premier League is currently suspended and Newcastle haven’t played since winning 1-0 at Southampton back in early March.

But United have aimed to fill the void by showing classic matches from the archives on the club’s official YouTube channel, with the famous 5-0 win against Manchester United from 1996, the thrilling 4-4 draw with Arsenal from 2011 and the 8-0 win over Sheffield Wednesday in Sir Bobby Robson’s first home match in charge being watched by hundreds of thousands of fans.

Last weekend’s game – brought to you in association with crypto trading platform StormGain – was the 4-1 derby win over Sunderland from 2006.

This weekend, we’ll be showing bonus pre-match and post-match content, starting from 2.45pm (BST) on Saturday.

The match will begin at 3pm (BST), and as well as watching the whole match supporters can also join in the conversation with other fans.