Newcastle United Player of the Decade

At the back end of last year, there were numerous articles across all the major news outlets looking back at the last decade in sport.

The Guardian ran a feature where they asked their writers to name their Player of the Decade.

Louise Taylor was asked for her opinion and chose Cheick Tiote.

For me this was something of a surprising choice as I think Tiote only really had one good season for the club (his debut one in 2010-11), and otherwise was very average throughout.

However, the last decade was also a pretty desperate one in the history of our club so I also appreciate that Taylor wasn’t exactly spoiled for choice.

In these times when we are still waiting for football to resume, and hopefully for the long awaited takeover to finally go through, I had plenty of time to consider who my own personal Newcastle United player of the decade was and though there weren’t many options, I narrowed it down to three choices.

Krul made his first real breakthrough into the team in the 2010-11 season following an injury to Steve Harper.

Making 25 appearances that season, Pardew made him the team’s undisputed number one at the start of the 2011-12 season. Krul repaid his manager’s faith in spades, playing every game that season as Newcastle unexpectedly finished in fifth place in the Premier League.

Despite the occasional dip in form over the next three seasons he firmly established himself as one of the top goalkeepers in the Premier League and achieved international recognition, famously coming off the substitutes bench in the 2014 FIFA World Cup in the quarter final to save two penalties in the penalty shoot win over Costa Rica.

However, his time at the club was brought to a shuddering halt after suffering a very serious knee injury early in the 2015-16 season whilst on international duty. Although Rob Elliott and Karl Darlow provided adequate cover, neither of them were of the same quality of Krul and the Dutchman was a big loss as Newcastle were ultimately relegated to the Championship.

By that time Rafael Benitez was in charge and I believe his treatment of Krul was one of the very few things he got wrong during his time in charge of the club, sending him out on loan and replacing him with Matz Sels, who was one of the worst goalkeepers we’ve seen at St James Park for some time. Regardless of how it ended though, there is no doubt that Krul made a huge contribution to Newcastle United during his time at the club.

No longer the popular figure he once was amongst Newcastle fans, having been fairly vocal in his support of Mike Ashley in recent years, there can be no denying that Nolan was a very important part of the club during his short time with us as a player.

Joining us halfway through the chaotic relegation season of 2008-09, it wasn’t until we were in the Championship that Nolan really started to have a major influence.

Rumoured to be one of the key players who galvanised the dressing room following a shocking pre-season defeat to Leyton Orient, Nolan was brilliant that season, playing 48 matches in all competitions and scoring 18 goals, which was enough to see him voted into the PFA Championship Team of the Year, as the club bounced straight back in to the Premier League.

The following season, he continued an excellent partnership with Andy Carroll, scoring 12 goals in 32 games, an excellent return for a midfielder.

However, with the signing of Yohan Cabaye the following summer, Nolan’s time at the club was up and he was sold to West Ham United.

Despite the excellent efforts of the two players mentioned above, my own personal choice for player of the decade is Yohan Cabaye.

Like Nolan, his time at the club was relatively short, staying with us for just two and a half years before sealing a big money move to Paris St Germain in January 2014. 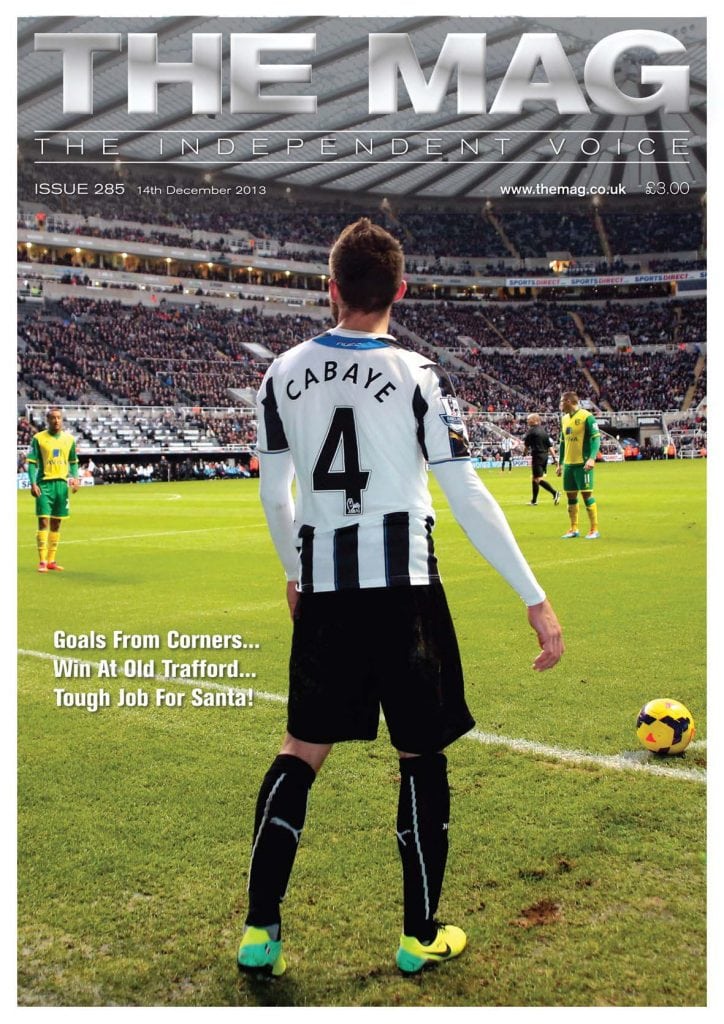 Although many fans will never forgive Cabaye for agitating for a move to Arsenal at the beginning of that season, there can be no denying what a brilliant player Cabaye was during his time in Newcastle. In short, the stylish midfielder had everything.

Brilliant vision and passing ability, great from a set-piece (his free kick at Manchester United is still the best free kick I’ve seen at St James Park) and with a keen eye for goal, he was arguably the closest thing Newcastle have come to a complete midfielder since Rob Lee was at his best in the mid 90s.

What I also liked about Cabaye, was that he wasn’t afraid of doing the dirty work. You could never fault his effort or commitment, whatever was going on off the pitch, and he wasn’t afraid to leave his foot in when required.

It was a great shame when he left but the level of performances he was producing by that stage made it inevitable that he would eventually be clutched from our grasp.

He provided us with some great memories but my own personal favourite was the goal he scored at Old Trafford in 2013, which secured our first win at the ground in nearly 40 years. I was in the stands that day and the celebrations after the game will live long in the memory, as we sang for the Frenchman who inflicted defeat on an opponent which had caused us so much hurt over the years.

If he had stayed longer he could have gone down in club history as a genuine legend but unfortunately it wasn’t to be.

It was good while it lasted though.

With Jose Mourinho I detest Tottenham even more