Sadly,a St James Park unsung hero, Kenny Markwell, has passed away this week at the young age of 72.

There was certainly nothing sad about his life, he always had a smile on his face and an answer or solution for everything.

I know a lot of you will know him from the match, as he has been the fire officer at St James Park for close to the last 20 years, and he knew everyone in St James Park.

I would like to pay my respects as there is going to be no big funeral due to current circumstances, believe me, it would have been a massive farewell.

Kenny got me my first season ticket in the new Leazes stand when it was built, with prime seats using some of his many contacts. We would all go to the Labour club before the match, me and my best mate the young pretenders, owld Alan the adopted Geordie from Yorkshire, who has also sadly passed, and a group of Kenny’s pals. There were nine of us that went together for about 10 years, until the odious man sacked Kevin Keegan.

By then, Kenny was working at SJP and would give his ticket to different people as it was hard to get one then (Kenny and his favours eh?)

I instantly boycotted and made a stand, hoping the fans would stick together and push Ashley out like the good old days. Not realising that the real hardcore fans were in the minority now, due to the expansion of the stadium and relative success bringing them in.

Looking back, the glory supporters were never going to have the heart for a fight. Sadly, I have rarely been back since, except for a couple of matches, I think the last one being a defeat to them lot down the road, a freebie from Kenny funnily enough. 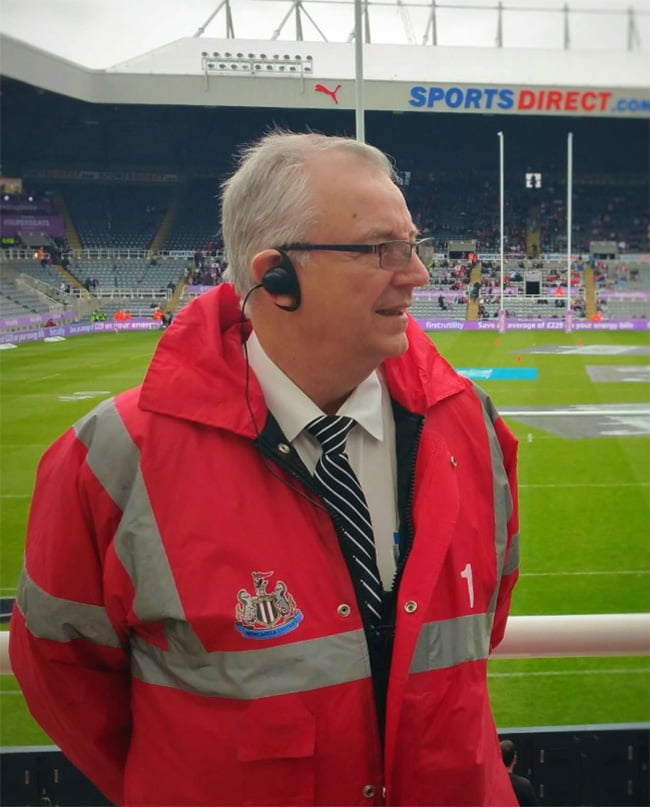 I was only in my twenties when we first all started going together. Kenny used to get us in the players lounge after matches as he had got his best mate a job on the door there, who happened to be my best mate’s dad, Ray. Although it was kudos for him, he did it for everyone he knew really, he would do anything for anyone he possibly could. He got us all close to the action and we would rub shoulders with our heroes every week thanks to him.

A little side story, me and my best mate Martin had gone into the players lounge after the match, we had been playing Bradford. We were standing at the bar in the corner before all the players and their families came in.

A bloke and his pal came in and started asking us about other results from the day. We stood there just generally talking football for about an hour and headed off home, on the way out we picked up a free programme that was lying there and started having a look through it. In the middle pages was a picture of Paul Jewell, the Bradford manager, and we just looked at each other and said I know that face, we have just been standing with him for the last hour. The shock on our faces must have been great to see. I don’t know if he thought we were being rude not acknowledging who he was, or if he was happy we just spoke to him as normal. We will never know. He seemed a really nice bloke but we genuinely had no idea who he was.

He had certainly managed to fashion an entertaining Bradford team that’s for sure. Benito Carbone anyone?

We started going in the good old days of Stan Seymour and McKeag. Kenny was very well connected even back then. If me and my mate couldn’t get tickets for Sunderland coming up when we were kids, (the only ticket only games back then) we would go to the Labour club, have a sneaky pint with his dad and Kenny and he would sneak us past the turnstiles in the Gallowgate corner. He knew everyone and could get a favour off anyone, as he in turn would do a favour for anybody.

My biggest and best memory of Kenny was him (with 208 on his jacket in the photo at the top) ushering Tino into the ground in the snow. There were many pictures of him in the Chronicle and he loved it, his claim to fame I think.

I could go on for ages about Kenny as he was full of stories but I’ll leave it there for the time being.

He will be a big miss, not only to his family, but everyone he came across.

RIP mate, my thoughts are with Tony and all of his family.

3 Positives and 3 Negatives from Newcastle 0 Brighton 3