The MASH Holdings accounts usually give Newcastle fans some extra insight into what Mike Ashley has been up to.

MASH Holdings is owned 100 per cent by Mike Ashley and is basically the shares he owns in all of his business interests.

This of course includes the 100% ownership (for the time being..) of Newcastle United.

He has been able to do this via exploiting a loophole, whereby if you change your accounting year end by one day, this then allows you to delay publishing the accounts by three months. 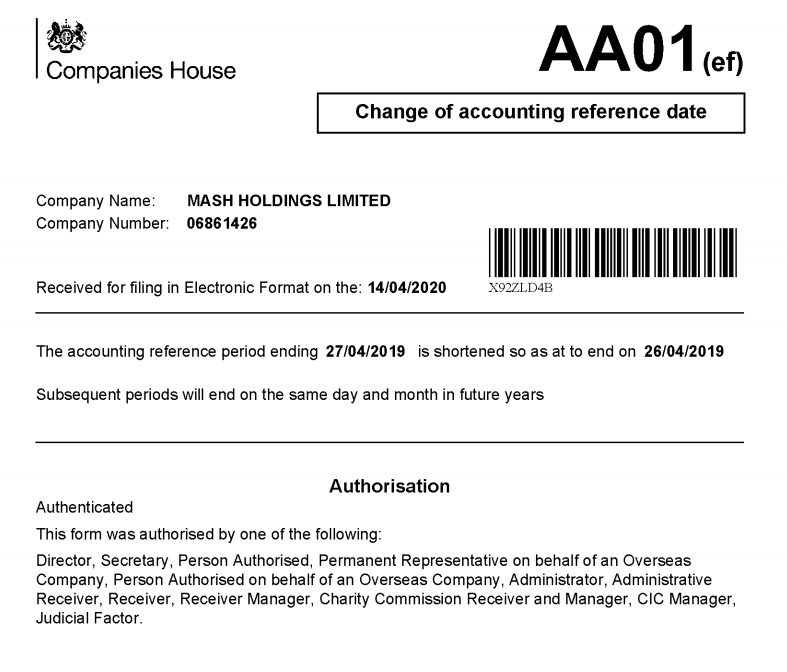 So it will be a fair while now until we get sight of what is happening inside Mike Ashley’s empire and overall shareholdings.

These NUFC accounts taking us up to 30 June 2019 and allowing us to see what Mike Ashley had been up to in that time.

However, two weeks ago we found out it will also be a considerable time before we see these latest NUFC accounts.

On that occasion, Mike Ashley exploited a clause announced by the chancellor to help companies dealing with the impact of the virus situation.

The Companies House records showing that Mike Ashley had pushed back the need to file those 2018/19 Newcastle United accounts. 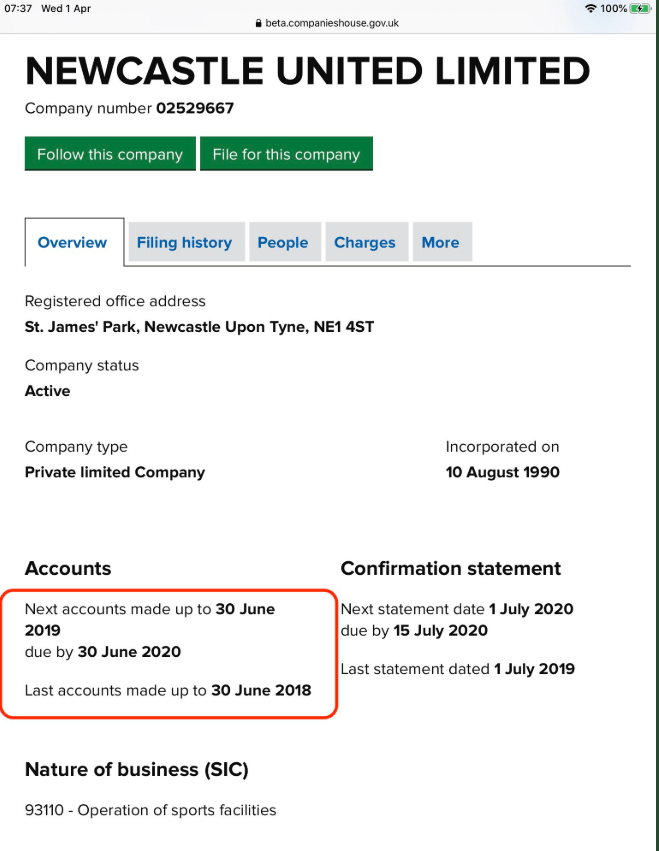 Ashley usually submits the NUFC accounts late anyway but this gives him license to do it even later this year. With this change it should be now by 30 June 2020 instead of the original 31 March 2020 (Crystal Palace have done the same) but from past experience you can add at least a month or two onto that where NUFC are concerned under Ashley.

Very difficult to see any reason for these delays in filing the Newcastle United and MASH Holdings accounts, other than the fact it will make public things in the accounts that Mike Ashley would prefer us not to see for the time being.