Exclusive interview with Peter Ramage ‘It was a dream come true’

Well what a time to be a Newcastle fan!

The old saying goes it is never a dull day at Newcastle United.

Even in lockdown, Newcastle seems to be dominating the sports headlines.

Like the rest of you, I have been sat at home working but had the chance to sit down (remotely!) last week with ex-Newcastle defender and local lad, Peter Ramage, for a trip down memory lane and to find out what Peter has been up to since leaving the club back in 2008. It is crazy to think that is 15 years since Ramage made his NUFC debut against Olympiakos in the UEFA Cup.

With the club perhaps on the verge of untold riches, there was once upon a time when we were bringing through young players such as Ramage, Ameobi, Taylor, Chopra on a yearly basis. “For me it was a dream come true to come through. I had been going to the game since the late 80s, my aunties had tickets in the east stand for 40 years. Being black and white was part of growing up. Obviously to play in the first team, if it had been my one and only game professionally, then I would have died a happy man.”

Back in the mid 2000s, those cup games offered the club the chance to give young players their shot at the first team without too much being on the line. Although Sean and Matty Longstaff have broken through in the past year, Ramage questions whether the talent has been there.

“Has there been good enough talent that has come through? Dummy, Matty, Sean… the last established one was Andy Carroll. Since then, who has left Newcastle and gone on? It’s not down to poor coaching (as perhaps I suggested), purely there hasn’t been good enough players. It is not for the want of trying to get players through the system.”

Newcastle have invested in youth during Mike Ashley’s reign, rather than relying on local talent. Although the likes of Haris Vuckic, Ben Tozer and Nile Ranger haven’t had the desired impact. “The first team have never been in a place for players to be able to play… Curtis Good, Stuart Findlay. Is there the environment for kids to be able to play? We have had to either stay up in the PL or get out of the Championship.”

Of course, in every generation there are always ‘the ones’ who have stood out, from Chopra and Taylor, to Andy Carroll, Adam Armstrong and today Sean Longstaff, but that was not the case for Ramage at a time when Newcastle gave debuts to Martin Brittain, Matty Pattison, Paul Huntington and so on. “Chops and Tayls were the two golden boys… perhaps Michael didn’t live up to those expectations from a real early age, he was earmarked to be the next Alan Shearer. For me I was never talked about or thought about as coming through. The one thing that gave me longevity in the game was the hard work and determination to prove everybody wrong.”

Ramage never did hold down a permanent place at Newcastle, and was often utilised as a back-up throughout his time at the club, but he lived the dream of many fans and I don’t think that lack of regular game time over the course of his four year spell in the first team held him back. “I never did (feel like a permanent member), I was never a permanent fixture with a cemented position. I felt that I would never be in anybody’s first x1, but I was trying to prove otherwise. It was fine with me being a squad player because I was playing for Newcastle United.”

Even so, Ramage was involved in a number of high profile games for the club and for any player to manage over 50 league games for the club is an achievement. After marking Ryan Giggs at Old Trafford in his first PL game, he could have been forgiven for thinking that would be the high point. However, Ramage was a consistent performer across multiple competitions for the club. For himself though, nothing beats playing for the club against Sunderland.

“To be playing in a derby game, the 3-2 win at St James, obviously Emre scoring a late goal was the icing on the cake. That was the one game where, as a fan, that really meant something to me. European nights as well playing against top European teams, Olympiakos, Celta Vigo, Fenerbahce. Beating Arsenal at home 1-0 with that Nobby Solano goal.”

There were countless others too, I brought up a famous 3-2 win at White Hart Lane where we lined up with Ramage, Taylor and Huntington in defence. “I had the sh.ts that game! It was one of the few times you’d find me wearing a long sleeve shirt. I think Nobby was right back.”

It takes us back to a time where we enjoyed every game. In the Ashley era, most games have been quickly forgotten. “Again, we could reel off games: Palermo away, Tim Krul debut, Andy Carroll came on.”

Eventually though, following a season on the sidelines suffering from the dreaded cruciate ligament injury, Ramage made the decision to leave the club when under the stewardship of his boyhood hero Kevin Keegan.

“Everyone talks about him as a man manager and he was the best I ever came across. Taking me in the gym, on away trips. He saw how much Newcastle meant to me because it also meant so much to him. I needed to leave, to play. I was 24, just missed a year of football and I wanted to play football.”

Ramage left for QPR and had many successful seasons playing in the second tier of English football. Something that he can certainly be proud of and a level that most academy graduates, past and present, would be envious of.

“I went down to QPR and had a few fantastic years down there. People always have regrets; I don’t believe anyone who says they don’t. I would do lots of things differently, including my time at Newcastle. Throughout my career, I followed the traditional club route, QPR, Palace. Old fashioned stadium, football. The same at Birmingham and Barnsley.”

After a loan spell at Barnsley in 2015, Ramage could have stayed in England to prolong his career. Instead, he took a leap of faith and joined the Indian Super League with Kerala Blasters. “I went to India. It was an incredible experience. For the first time in my career I followed the money. It was more than I could ever earn in England for just one season. It was something new and turned out to be one of the best decisions I made. A life experience as well as a football experience.”

Ramage’s globetrotting adventures weren’t finished then though as he made the jump to the United States.

“I was about to head to Blackpool when I got the call to come out to Arizona. Initially it was for 10 days and ended up signing an 18 month deal. I was 33, coming to the end, but to be part of a project, with progression into the Phoenix Rising over the past few years. It has been a remarkable story.” 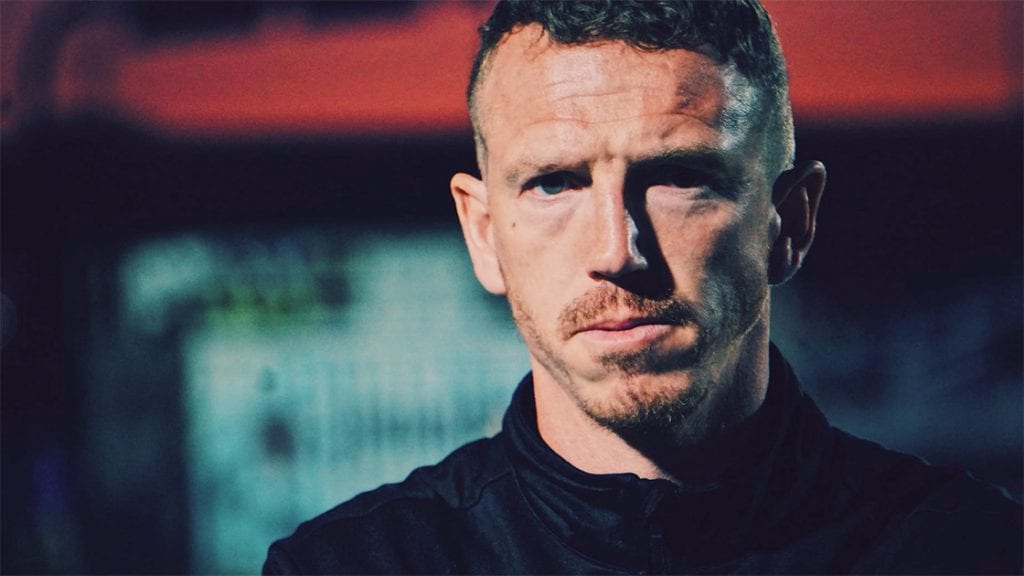 It may be a long way from SJP but Ramage enjoyed his experiences in the states and a country where football is growing year on year. “The atmosphere is still partisan, it is very much a footballing feel here. It is growing and moving towards a European kind of atmosphere. Look at the LAFC/Galaxy rivalry, it is becoming fierce and what we would call ‘proper’.”

Although he is loving life out in Arizona, like most Geordies, the desire to come back to the North East one day is a realistic goal.

“I spent a brief time with PB (Peter Beardley) and Ben Dawson at the academy, training and coaching with the 23s. I ended up coaching the 13s. I loved it. It is a goal of mine to be working at the academy again. If you have the affinity with the club, then you go above and beyond to get to where you want to be.”

2. Steven Taylor – “Marmite. You either love him or hate him but he was a bloody good defender. Black and white through and through”

3. Jonathan Woodgate – “I played with him for 20 minutes and he was by far the best centre half I ever played with”

4. Aaron Hughes – “Left back, right back, centre back. He was never less than a 7/10. Consistently found a way to do well against the best wingers in the world”

5. Scott Parker – “What a professional. A monster in the middle of the park”

6. Gary Speed – “I played with him in pre-season and he was immense”

7. Kieron Dyer – “Not fondly remembered at Newcastle but he was a big role model for me off the field. A better player than people gave him credit for”

8. Nobby Solano – “One of the best players I have ever played with”

9. Laurent Robert – “Probably the best left foot I have seen. He could have been a superstar but didn’t have that last little bit that was needed to be that next level”

11. Patrick Kluivert – “I don’t think we were on the same level as him. People forget how good his goalscoring record was at Newcastle for a player that didn’t play much. For individual talent… he was better than Shearer at finishing”

‘Taking all this into account, just maybe Newcastle could qualify for the Europa league this season’

An all new way of running the club under Mike Ashley as pragmatism strikes?

Which 11 players would you select in the Newcastle team v Brighton? Please vote now