The Champions League attendances at St James Park have always confused me.

The first time around it wasn’t an issue despite the downturn under Kenny Dalglish’s management.

With a 36,000 capacity (slightly less for European matches as UEFA don’t allow sitting in some of the front rows due to advertising needs) SJP was full for Barcelona and the other games in 1997.

However, when the good times returned under Sir Bobby Robson, you have to say the Champions League attendances were disappointing.

By then, St James Park had been expanded to just over 52,000 but it certainly wasn’t a problem for Premier League games.

Not many sold out signs seen when it came to Champions League attendances though back in 2002/03:

I remember the growing excitement the previous season as Champions League qualification got ever closer.

Yet when it came to going to games, I’m not exactly sure what happened.

Yes your season ticket didn’t cover CL matches, yes they were live on TV, yes the tickets weren’t cheap I remember – but they weren’t prohibitively expensive.

Yet when it came to watching these CL games live, the excitement clearly wasn’t that widespread. Though of course very different when it came to travelling to the away CL games, for those who could make them!

You look at the crowds above, with only 40,450 for the first group game against Feyenoord. I remember at the time I couldn’t believe all the empty seats.

Even against Juventus it wasn’t quite full. We had to beat Dynamo Kiev in order to set up that unforgettable night in Rotterdam, yet only 40,185 there to see a 2-1 win.

The second group stage was even more puzzling when it came to Champions League attendances, as now we were at the serious end of really achieving something.

Yet not quite full for Inter at home and then 17 years ago today we had to beat Bayer Leverkusen at home, to keep the chances alive of qualification ahead of Inter Milan away 13 days later, yet only 40,508 there to see the Alan Shearer hat-trick beat the German side. Astonishing.

Of course, half the (Geordie) world (estimated 13,000/14,000 NUFC fans there – see photo above) were in the San Siro to see Newcastle come so close with that 2-2 draw, Shearer giving NUFC the lead twice.

Then ironically, what was in reality a dead final game against Barcelona, saw the highest NUFC home crowd of the CL run..

I still don’t get it, a full house for what was basically a glorified friendly against Barca, yet 10,000 empty seats for some of the game that really mattered…???

Back in the day I was left further bewildered when we got crowds like these in the League Cup, bearing in mind it isn’t like now when prices are a give away £10 and £5 concessions. Pretty sure it was £20 twenty years ago for League Cup matches.

Imagine back then, you stayed at home to watch on TV the Champions League games against the likes of Feyenoord, Inter Milan, Leverkusen, Juventus, Kiev and yet went to watch us play League Cup third round games against Bradford and West Brom?

Even worse, imagine you were a kid at the time and you were taken to those League Cup matches but not the Champions League ones??

Mentally scarred for life I reckon! 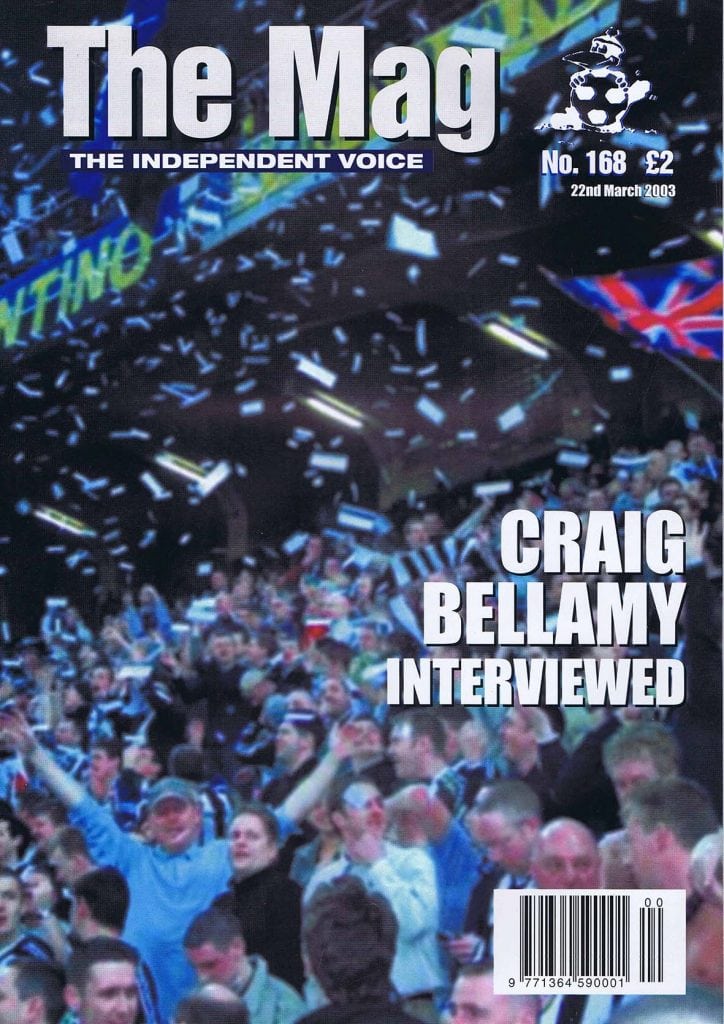 However, I do wonder if we somehow made it back to the Champions League, would St James Park be full these days? Would it capture the imagination more now for the home games?

I would imagine it would but as I say, back in 2002/03 I couldn’t believe the empty seats then. Especially when comparing it to those League Cup crowds.

Interested in hearing thoughts of other Newcastle fans, especially those who were around in 2002/03, even more especially if you were one of those who didn’t go to the CL home matches…

Crazy times but I think that something good may come from it. I feel that Mike Ashley will move on…

Having worked with people like Mike Ashley, it is important to understand that this is the way they think